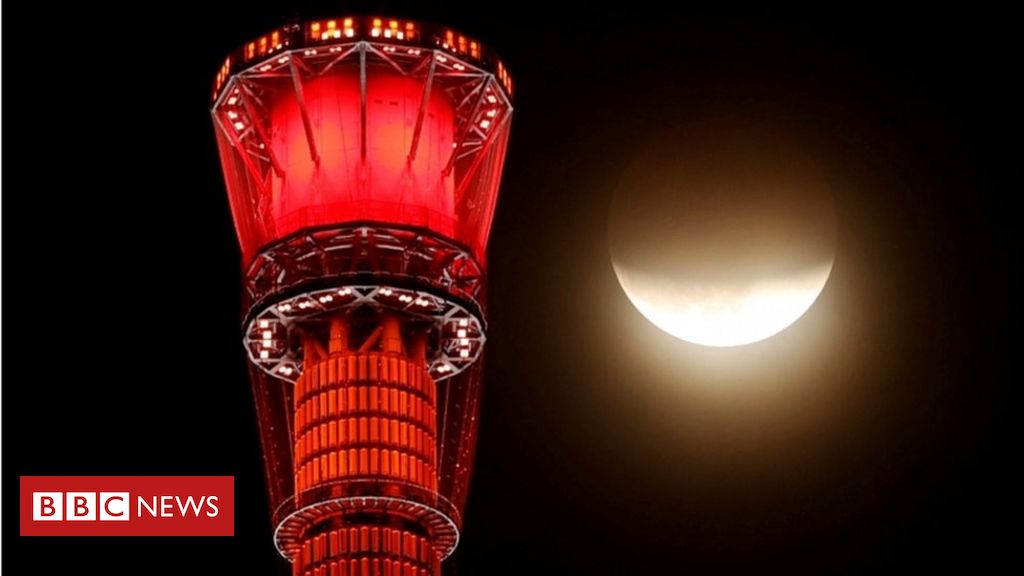 The longest lunar eclipse in the last 580 years occurred this Friday (11/19) and made many Brazilians wake up in the middle of the night to watch the phenomenon.

However, in some parts of the country, the rains ended up frustrating early risers’ plans.

According to NASA, the US space agency, the total duration of the partial lunar eclipse was 3 hours, 28 minutes and 23 seconds, the longest since February 18, 1440, which lasted 23 seconds longer.

A phenomenon similar to that, but of longer duration, will only occur on February 8, 2669, the agency added.

But those who missed the opportunity to observe the phenomenon may be content with good news: less than a year from now, on November 8, 2022, a total lunar eclipse will take place, lasting 3 hours and 40 minutes.

At the height of the phenomenon this Friday, the Moon had more than 97% of its surface covered by the Earth’s shadow and gained a reddish appearance.

The phenomenon could be seen across North America as well as large parts of South America, Polynesia, eastern Australia and northeast Asia.

According to NASA, the partial eclipse began around 4:19 am in Brasília, and lasted just over 3 hours. However, it could be observed an hour earlier, when the Moon entered the Earth’s penumbra (outer part of the shadow). At that moment, the satellite darkened, albeit subtly.

The peak happened around 6:00 am, but as the Moon will already be below the horizon in Brazil, it was no longer possible to see it.

The eclipse was more visible in the North region than in the South of the country.

During the phenomenon, the Moon acquires a reddish color.

The phenomenon, called Rayleigh Scattering, is the same one that explains “why blue skies and red sunsets,” according to NASA.

“Light travels in waves and different colors of light have different physical properties. Blue light has a shorter wavelength and is more easily spread by particles in Earth’s atmosphere than red light, which has a longer wavelength, Red light, on the other hand, travels more directly through the atmosphere,” NASA says on its website.

“When the sun is up, we see blue light across the sky. But when the sun is going down, the sun’s light must pass through more atmosphere and travel farther before it reaches our eyes. The sun’s blue light spreads out. and the longer wavelength red, orange, and yellow light passes.”

During the eclipse, the Moon moves through the western part of the constellation Taurus.

In this way, a closer observer can see the Pleiades star cluster in the upper right corner, and the Hyades cluster — including the bright star Aldebaran, the bull’s eye — in the lower left corner.