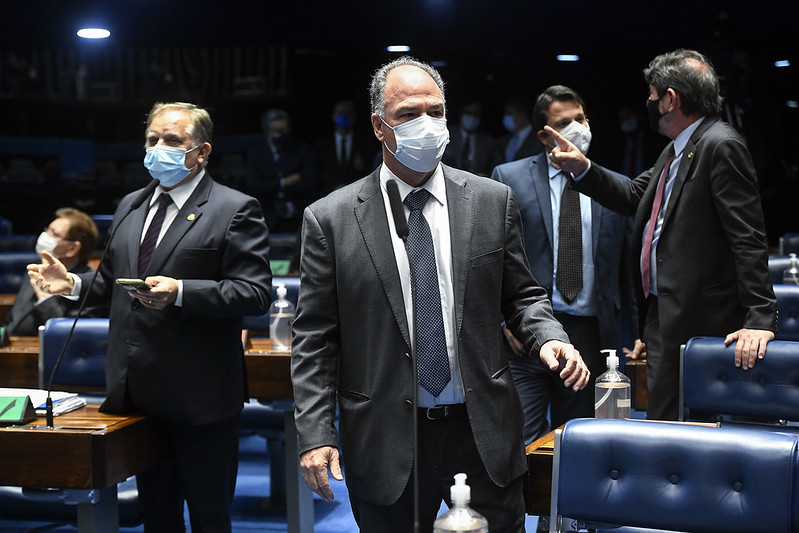 SAO PAULO – A week after the Chamber of Deputies approved the PEC dos Precatórios in the second round, the chances of the Federal Senate agreeing with the same version of the text are considered to be increasingly smaller in the political world.

In practice, this means that probably, even after the vote in plenary by the senators, the proposal will have to come back for consideration by the deputies.

As a rule, houses also need to approve the same version of the text for it to be promulgated and become effective. The PEC goes from one house to another (the so-called ping-pong) until it is voted on with no differences in merit.

Palácio do Planalto is racing against the clock to gather the necessary support among senators to advance the matter and have the text promulgated ‒ and, thus, operationalize the distribution of Auxílio Brasil in a “charged” version, with installments of at least R$ 400 .00 for 17 million families by December 2022.

The Precatório PEC frees up fiscal space in excess of R$ 90 billion in next year’s Budget based on two movements: 1) the limitation of payment of precatório (which are judicial debts of the Federal Government with no new possibility of recourse) in one year ; 2) and a change in the spending cap methodology.

The text is considered controversial by many senators in several aspects. The first is the non-payment of federal government commitments determined by the Judiciary Power itself ‒ which has been classified as “default”.

The change in the inflation measurement window to be considered for correction of the spending ceiling is another aspect that bothers parliamentarians. For many, the movement is opportunistic and consequently harms the country’s credibility with economic agents.

The debate has also been heavily contaminated by the presidential race that will take place in just under a year. On the one hand, President Jair Bolsonaro (no party) has in Auxílio Brasil a bet to recover support from a relevant portion of the electorate. On the other hand, opponents do not want to give ammunition to the president’s reelection plan.

Critics claim that the PEC dos Precatórios will open space beyond what is necessary to fund the new Bolsa Família and could be used to finance “truck aid” (R$ 4 billion), the extension of payroll exemptions (R$ 8 billion ), more resources for parliamentary amendments, an increase in the electoral fund (possibly from R$ 2 billion to R$ 5 billion) and even readjustments for civil servants ‒ as Bolsonaro signaled this week.

Amidst this complex equation, senators Alessandro Vieira (Cidadania-SE), José Aníbal (PSDB-SP) and Oriovisto Guimarães (Podemos-PR) presented a replacement amendment to the PEC. The text suggests the removal of all expenses with court orders from the spending ceiling exceptionally in 2022 (a total of R$ 89.1 billion), which would be honored.

On the other hand, it would be determined that at least R$64 billion of these amounts would be allocated in the Annual Budget Law Project (PLOA) to Auxílio Brasil. The amount would be added to the amounts already foreseen for Bolsa Família next year: R$34.7 billion, totaling R$98.7 billion for the new social program.

The remaining amounts should be allocated to expenses arising from the budget recomposition to the payment of Social Security benefits.

In the amendment, the three senators also propose the end of the controversial amendments by the general rapporteur of the budget (identified by the rubric “RP9” and which became popularly known as the “secret budget”).

The alternative text was not well received by the federal government. Minister Paulo Guedes (Economy) argues that the suggestion tears up the possibility of controlling expenses with court orders in the future. He claims that the unpredictability of such expenses would promote an increase in risk premiums charged by investors to finance public debt.

The authors of the proposal, in turn, believe that the criticisms reinforce the federal government’s unwillingness to build a solution within the fiscal rules and guarantee the financing of Auxílio Brasil.

In the war of narratives, they try to make explicit that the Planalto Palace’s interest is not limited to a more robust social program, but in expanding expenditures that support Bolsonaro’s candidacy in the 2022 elections – albeit at the expense of fiscal deterioration.

There is practically a consensus among parliamentarians that the score for the PEC of Precatório is very tight in the Federal Senate. Calculations by the government’s political articulators suggest that today the votes in favor of the matter fluctuate between 48 and 53 votes out of the 49 necessary.

Faced with the risks of an unfavorable scoreboard, the government leader in the Federal Senate, Fernando Bezerra Coelho (MDB-PE) – also rapporteur of the PEC of Precatório in the legislative house – intensified negotiations with peers in search of more votes.

The idea is to attract part of the MDB and PSD – the two largest benches in the legislative house, with respectively 15 and 12 representatives – with specific changes to the text.

Among the changes under discussion are: 1) the institution of the new income transfer program, with installments of R$ 400.00, as permanent, and no longer until December 2022; 2) the possibility of creating an audit or mixed commission to monitor the evolution of court orders; 3) establish predictability in the payment of judicial debts; and 4) the specific linkage of the resources of the new open fiscal space with the proposal for Auxílio Brasil.

As time is short, there is a procedural agreement under construction between Bezerra and the presidents of the Chamber of Deputies, Arthur Lira (PP-AL), and of the Federal Senate, Rodrigo Pacheco (PSD-MG).

The idea would be to slice up the proposal, ensuring the promulgation of the common points approved by the two legislative houses as soon as the senators vote on the text – which would help the government to operationalize the R$ 400.00 Brazilian Aid in December.

In this way, a “parallel PEC” would go to the Chamber of Deputies only with the changes approved by the senators. Once approved without further amendments, it would also proceed to promulgation by the National Congress.

“We are awaiting the vote on the PEC on Precatório in the Senate ‒ it may be that they approve the text of the Chamber, it may be that it has changes. We hope that there are no major changes, given the short time there is for implementing the program. But, of course, we respect any decision that comes from the Senate”, said Lira at a press conference in the Chamber of Deputies, after a meeting with Pacheco, which was attended by Bezerra.

“I hope and hope that the text has its approval maintained at 95%, 96%. There are always those devices that common texts can be promulgated and that we can make a difference”, he added.