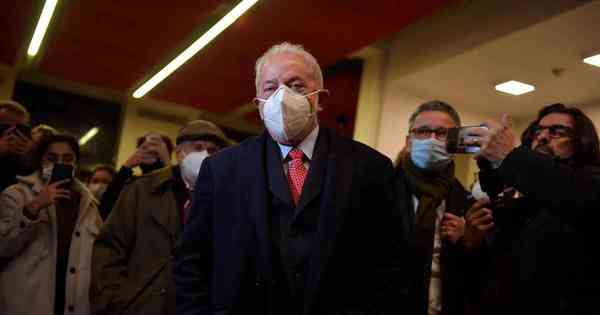 the former president Luiz Incio Lula da Silva, who in his speeches has already defended the regulation of the media, said on Thursday, 19, in Brussels, that it is necessary to put a “parameter” in social networks and the internet.

“We will have to regulatory social networks, regulating the internet, setting a parameter. One thing you use the media to educate. another thing to do evil, tell lies, cause harm to society,” Lula said. The statements were given in an interview with the group S&D, in the capital of Belgium.

In the interview, the PT member took a look at Jair Bolsonaro, stated that Brazil has “a president who tells five lies a day through social networks” and said that the country needs to live more “democratically.”

For Lula, the proliferation of false news motivated the rise and election of far right politicians like Bolsonaro and the former US president Donald Trump.

The PT member also defended the responsibility of platform owners for the content disclosed that causes harm to society. “These people need to take responsibility for not allowing evil to be conveyed to harm people,” he said.

In September, Lula stated that, if elected in 2022, he intends to regulate the media. The matter was discussed during the PT’s management, mainly in his second term, but he did not go forward. At the end of October, after criticism from organizations linked to the press, Lula lowered his tone and said that this is a matter to be discussed in Congress, and not decided by the President of the Republic.

The former president is in Europe at the invitation of the Friedrich Ebert Foundation, associated with the Social Democratic Party of Germany (SPD), center-left party. During the trip, Lula addressed the European Parliament, in Brussels, and met political leaders such as Presidents Emmanuel Macron (France), Pedro Snchez (Spain), and the future chancellor of Germany, Olaf Scholz.