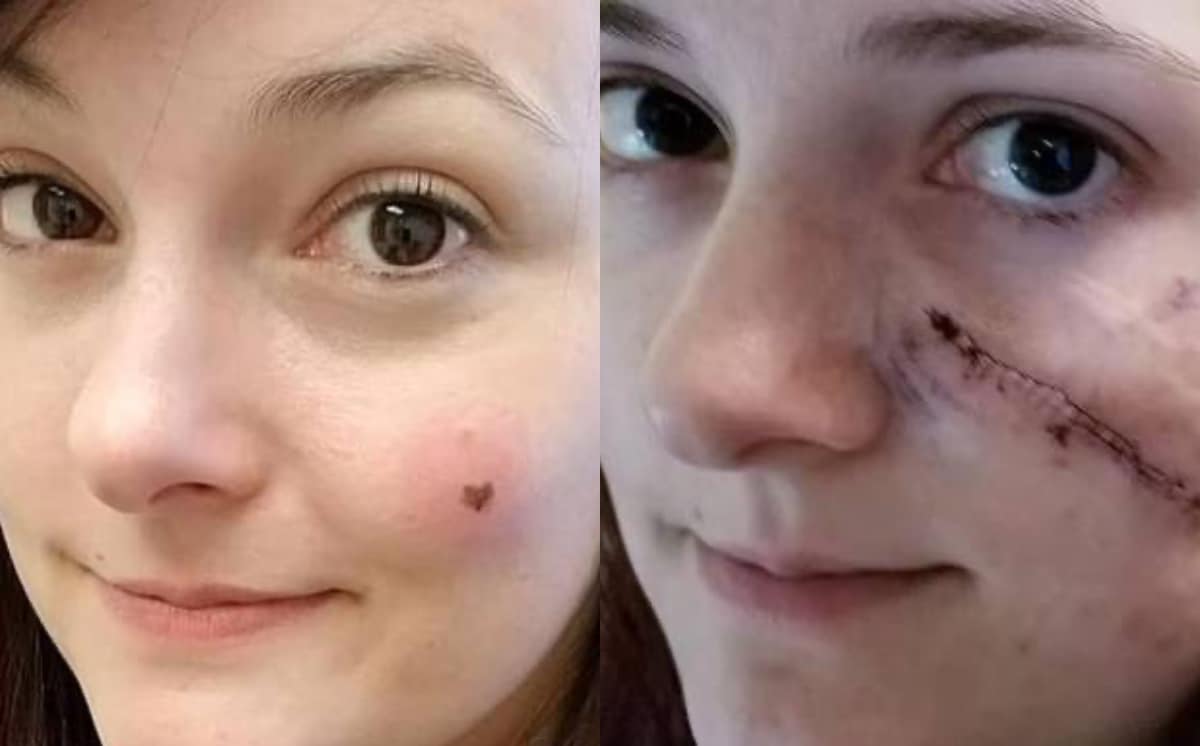 An American woman had a heart-shaped freckle on her face since she was a teenager and had never considered that she might be at risk because of the sign. It wasn’t until she was 27 that her mole began to darken and she decided to see a doctor.

In an interview with the British newspaper Daily Mirror, Kayla Mailer, resident of Oregon, USA, said that then part of the mole was removed for a biopsy. The result indicated that she had an aggressive type of melanoma, a skin cancer.

Because of the freckle, which she always considered “cute”, Kayla had to undergo complicated surgery on her face, which removed several layers of skin from the area and left a huge scar under her eye.

“When I got the call from the dermatologist saying I had a highly aggressive form of melanoma, I was getting ready to work the 12-hour night shift. I cried in my bathroom and [daí em diante] I had constant anxiety about death,” he told the newspaper.

After surgery, she recovered well and had a facelift to correct the scar on her face. She even went through procedures to remove other freckles on her back, arms and neck as a precaution.

“If I hadn’t removed the freckle, I would have died at age 28. I didn’t tan much before diagnosis, but when I was a kid I used to run around Alabama, usually without sunscreen, or at least without reapplying it every two hours,” he told the newspaper.