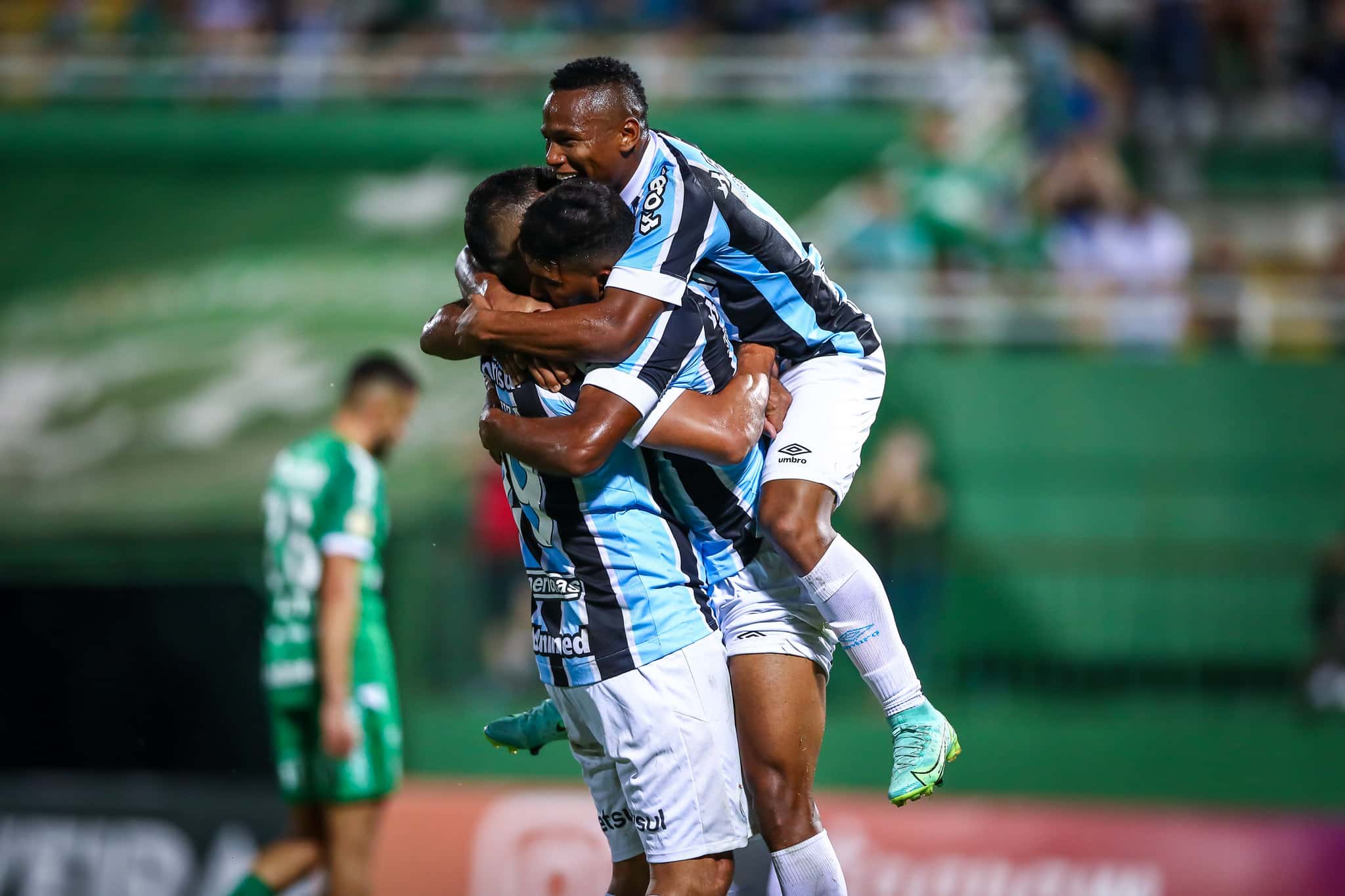 We gave notes to the tricolor players after the good match between Grêmio and Chapecoense. A victory like this deserves to be celebrated a lot and many players did well, so check out which ones were the best among them.

Check out Grêmio’s scores against Chapecoense for Brasileirão

He had a good performance and deserved to be the tricolor holder again. Grade 6

He had a performance with some mistakes, but overall he managed to have a stable performance. Grade 5

Another very good performance, as usual, still served to give tranquility to the goalkeeper who was returning from the Brazilian team. Grade 6.5

He was silly at first, but then he got back to his normal self and had a great performance. Grade 6

He scored an own goal, showing himself totally unprepared to play in the tricolor. Grade 3.5

He had a great performance in the offensive sector and surprised all the fans. Grade 7

He was the main player of the tricolor in the match again. It has called for responsibility and performed very well. Grade 8

He managed to submit several times, offering a great danger to Chapecoense. Grade 6.5

This time it had a performance well below expectations. Grade 5

He had another great performance creating several offensive plays. Grade 6

Offered little danger to Chapecoense, but still participated in a good play with Jhonata. Grade 5.5

The Chape’s defense presented little danger, showing that it does not deserve the title back. Grade 4.5

It helped little in attack, but managed to fulfill its role in defense. Grade 5

He participated a lot in the offensive sector, unlike when he used to be a starter. Grade 5.5

He managed to compose the defense well, as did Thiago Santos. Grade 5