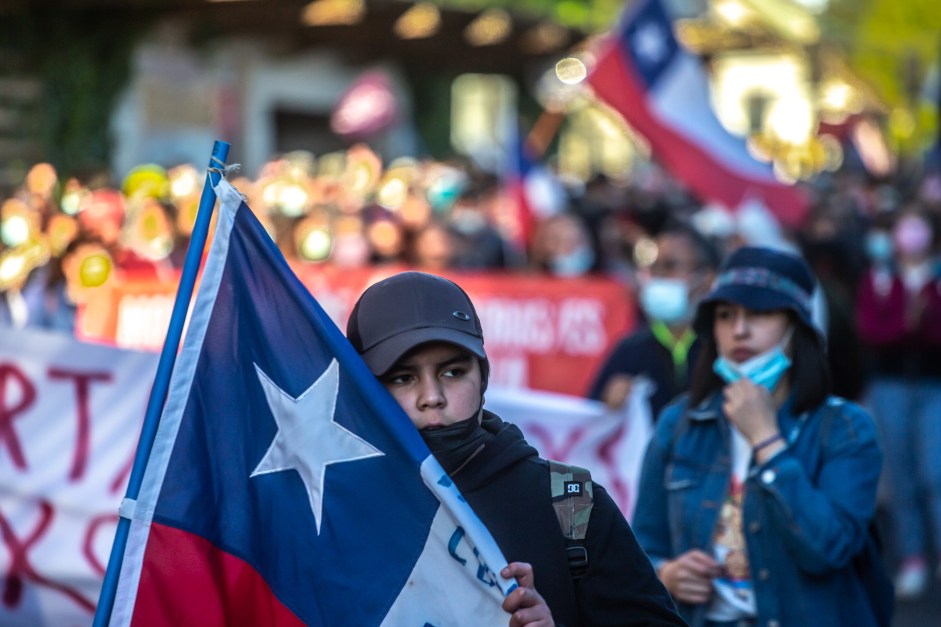 Chileans go to the polls this Sunday (21) to decide who will occupy the presidential seat to succeed the troubled term of Sebastián Piñera, who recently survived a second impeachment attempt.

The most recent election polls point to a likely run-off between left-wing deputy Gabriel Boric and rising far-right candidate José Antonio Kast. If necessary, the second vote will take place on December 19th.

A survey by the Cadem institute, released on the 5th, indicated Kast with 25% of voting intentions. Boric came in second with 19% of intentions. It was the first time that the far-right candidate had imposed himself on Boric in a possible second round, winning by 44% to 40%, according to the institute.

At 55, José Antonio Kast has shown a dizzying growth in recent weeks. Openly supporter of Augusto Pinochet – he claims that the dictator who ran Chile between 1973 and 1990 would be his voter if he were alive – the lawyer and politician criticized the traditional right and took advantage of the current president’s falling popularity to rise in the polls.

Analysts heard by CNN they claim that Kast manages to take advantage of the moment of questioning globalism and traditional institutions, defending an alleged anti-communist struggle, as occurred in Brazil, the United States and other European countries.

Kast ended up overtaking deputy Gabriel Boric, who had been leading the race until then. The youngest presidential candidate in Chilean history, aged 35, the former student leader has been growing in politics since 2011, when he protested against private education in the country.

He stood out during the 2019 protests, and participated in the political negotiation that led to the referendum for a new Chilean Constitution. Left candidate with more chances in this election, winning the primary elections in July, Boric declared: “If Chile was the cradle of neoliberalism, it will also be its tomb.”

For the International Analyst of CNN Lourival Sant’Anna, the most important aspect of this dispute in Chile is polarization. “Polarization is something recent in Chilean politics”, he says.

He recalls that current President Sebastián Piñera, when elected for his first term in 2010, was the far right president to be elected since Chilean redemocratization.

“In his second term, Piñera was elected with a more central agenda, but polarization was brewing,” he says. “There have always been candidates and far-left and far-right groups in Chile, but this is the first time they have had a real chance to come to power.”

the analyst of CNN explains that two factors led to the radicalization of Chilean politics: the absence of a public pension system in the country, “which led to the impoverishment of the people.” And the fact that there is no free higher education in Chile, “because even in public universities students are charged an annual fee”.

“An educational credit system was created that left many middle and lower-class people in debt when they graduated from university, which created great anxiety among young Chileans,” says Sant’Anna.

A survey by the National Youth Institute (Injuv) indicated that the turnout rate among Chilean youth should reach 77%. Among the main points to be considered in the candidates’ government programs are “Employment and Economy” and “Education”.

Professor and coordinator of the International Relations course at the University of São Paulo (USP), Felipe Loureiro, says in an interview to CNN that Chilean elections are “very important” for Brazil. That’s because, according to him, a possible instability in our neighbors could reflect in the country, especially with a victory by Boric.

“I think the scenario would be very similar to what is developing in Bolivia and Peru, whose elections were won by left-wing candidates. This leads to a weakening between bilateral relations between Bolsonaro’s Brazil and these countries. In the case of Chile, there is an aggravating factor, because Bolsonaro became very close to Piñera, since 2019.”

Loureiro recalls Chile’s departure from the Union of South American Nations (Unasur), created in 2008 as a progressive project of 12 countries, promoted by the late Venezuelan President Hugo Chávez and supported by other leaders of the continent at the time, such as the former president Luiz Inácio Lula da Silva, Evo Morales (Bolivia), Rafael Correa (Ecuador) and the late Néstor Kirchner (Argentina).

“A parallel forum was created, the Forum for Progress and Development in South America (Prosul). A Boric victory would weaken this organ, which is not that strong, but a project of regionalism from the right, center-right to the far-right in Latin America, which is already quite weakened, but would certainly end up losing prominence”, he says.

Regiane Nitsch Bressan, professor of International Relations at the Federal University of São Paulo (Unifesp) and coordinator of the Regionalism Observatory, calls attention to a possible “conservative shift” if Kast is to win.

The professor explains that Chile has been facing very significant changes since the demonstrations at the end of 2019, when part of the population took to the streets demanding changes in relation to the Chilean Constitution. In July of this year, a commission to re-edit Chile’s Magna Carta was created.

“It was very interesting how they reserved seats for indigenous people, social leaders. This in fact enshrines the possibility of a Constitution that can encompass a broader interest of the population”, he assesses. “The elections now will really give the country another perspective.”

Symbolic impact and relationship with pocketbookism

Associate Professor of International Politics at the State University of Rio de Janeiro (UERJ), Paulo Velasco, believes that President Jair Bolsonaro (no party) “hopes for a victory” for far-right candidate José Antonio Kast, what he does called “Chilean Bolsonaro”.

Velasco assesses that there would not be a deepening of relations between Brazil and Chile in an eventual victory by Gabriel Boric in December. However, he points to an uncertain future in Brazil, which could even generate future friction depending on the candidate who wins the election in 2022, especially if Bolsonaro does not win reelection.

“In the future, there may be friction depending on the political scenario in Brazil, but as these relationships are not linked to a political party, I can’t imagine great harm”, he ponders.

Carlos Gustavo Poggio, PhD in International Relations from Georgetown University, says that in Chile today there is a “clear trend of strength” in the political category he classified as “right-wing populist, of the Bolsonaro line”. “Clearly we get that in the figure of Kast.”

The also professor of International Relations at the Armando Alvares Penteado Foundation (FAAP) warns that a victory for the right would be a “signal that Latin American society still buys the right-wing populist discourse.”

“The electoral strength that Kast has demonstrated so far already indicates this trend. This in a context of revision of the Chilean Constitution. If there was any hope of progressive sectors in Brazil, an election of a right-wing populist would cancel out any kind of hopes of a transformation or a shift more to the left of Chile. I think it has a psychological and symbolic impact that deserves to be followed up”, he says.