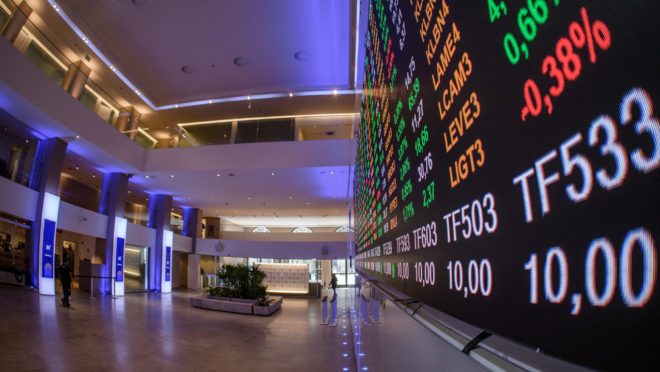 corporate profits grow, but stocks fall. What happens at the Stock Exchange?

Yadunandan Singh 2 weeks ago Business Comments Off on corporate profits grow, but stocks fall. What happens at the Stock Exchange? 3 Views

Companies on the stock exchange had good results in the third quarter, with a strong increase in profit and revenue. But stocks fell.| Photo: Disclosure/B3

The numbers are from a survey by the Economatica platform and cover 258 non-financial companies that delivered their financial statements by 6 pm on November 16th. Data does not include Petrobras and Vale.

The good performance recorded in the balance sheets, however, was not reflected in the companies’ share prices. The Ibovespa, the main thermometer for business at B3, retreated in the same quarter – and still shows a strong decline in the year to date.

According to Einar Rivero, institutional relationship manager at Economatica, what explains the good performance of corporate profits is the strong growth in revenues, which came with the recovery of the economy in the quarter. Of the 23 segments surveyed, only telecommunications had no growth in revenue. And three lost: education, telecommunications and transport and services.

Companies are also more profitable. The cooling of the pandemic, the reduction of mobility restrictions and the advance of vaccination contributed to this better performance. In the 12-month period up to September, the return was 10.16% of equity, against 0.88% in the same previous period.

The gross debt of non-financial companies in the 3rd quarter of 2021 increased 7.2% compared to the same period in 2020. The increase is lower than the inflation in these 12 months, which exceeded 10%, according to the Brazilian Institute of Geography and Statistics (IBGE).

Despite the positive balances, B3 fell

But even as companies performed well in the third quarter, stock prices didn’t match. During the period, the Ibovespa dropped 12.5% ​​in reais and 19.7% in dollars. From the beginning of the year until last Thursday (19), the Ibovespa fell by almost 14%.

According to the broker, Brazilian assets were pressured by local and external issues. In Brazil, there are uncertainties regarding the fiscal trajectory and the maintenance (or not) of the spending ceiling, inflationary pressures leading to higher interest rates, concerns about a water crisis, lower growth projections for 2022 and increased political tensions .

In the external scenario, the withdrawal of monetary stimuli by the Fed (the American central bank), concerns that a real estate crisis could make the Chinese slowdown and also the energy crisis in China and Europe more acute, contribute to a more unstable scenario.

The first impacts on companies are beginning to be felt. With the worsening of the macroeconomic scenario and the drop in the prices of some commodities, such as iron ore, the profit projections for 12 months, 2022 and 2023 started to have a marginal drop.

Born in 1992, Yadunandan approaches the world of video games thanks to two sacred monsters like Diablo and above all Sonic, strictly in the Sega Saturn version. Ranging between consoles and PCs, he is particularly fond of platform titles and RPGs, not disdaining all other genres and moving in the constant search for the perfect balance between narration and interactivity.
Previous Olavo de Carvalho would have fled Brazil on a plane from the FAB – Politica
Next Supla reveals condition to join ‘BBB’ | celebrities