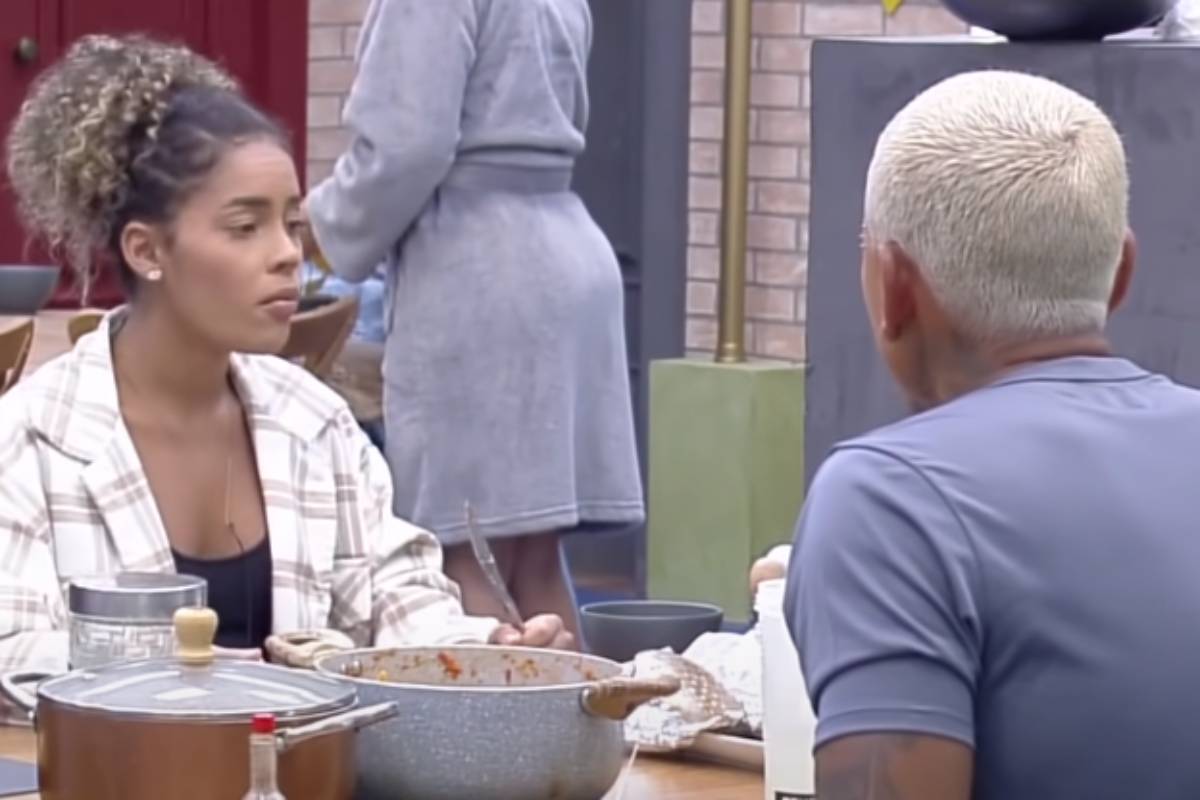 The story between Mirella, Dynho Alves and Sthe Matos will still give a lot to talk about, especially after the last party of “A Fazenda 13”.

Once again, the two participants of the reality show exchanged caresses again, and began to comment on the relationship of the dancer with the funkeira and even think about an unusual invitation.

“Are you going to tell Mirella?” asked the influencer. “I’m going to talk to her, Zé, now, because now the business is like… Send me to the farm soon, I want to leave, Rico”, replied the ex-Power Couple Brasil.

It’s nothing, I’m kidding. Ô Mirella, Teté said something to me there and I was interested. And now how do we do it? Let’s make a…”

Sthe interrupted: “Shall we test it? Do you know someone like that…”. “You were the first. It’s because we live in a little place just for us, you know?”, replied Dynho.

“We already talked about it, such, I don’t know what there, but never… Right? And then you’re talking now…”, he completed, when Aline entered the room and then the conversation ended.

MIRELLA AND STHE’S BOYFRIEND REACT TO THE PROPOSAL

After this dialogue, both Mirella and Victor Igoh, Sthe Matos’ fiance who was not even considered in the equation, reacted to what happened, and it wasn’t in a very happy way.

After the Instagram profile “Gossip no Insta” publicized the scene above, the profile “Subcelebrites” noticed that Mirella commented on the publication in question, being quite ironic and related to the fact.

See+: After announcing divorce, Mirella asks for Dynho to remain in the game

“They weren’t defending saying that it was friendship?”, the funkeira fired. Victor Igoh responded to the artist’s comment with a short laugh: “lol”.

It is noteworthy that Mirella spent the week taking care of the divorce request from the marriage between her and Dynho Alves, with the decision being taken after she became irritated with the exchange of affection between the pawn and Sthe Matos in confinement.

MAIN NEWS:
Valentina Francavilla comes to her senses and discovers ‘the truth about Dayane’
Erika Schneider, ex-A Fazenda, wants to be Queen of the Drums and reveals an invitation
Cauã Reymond says that scenes with ex do not cause jealousy in Goldfarb: ‘It’s cool’
‘A Place in the Sun’: Elenice hides another secret about Renato
Can Supla be on ‘BBB22’? The singer answers…