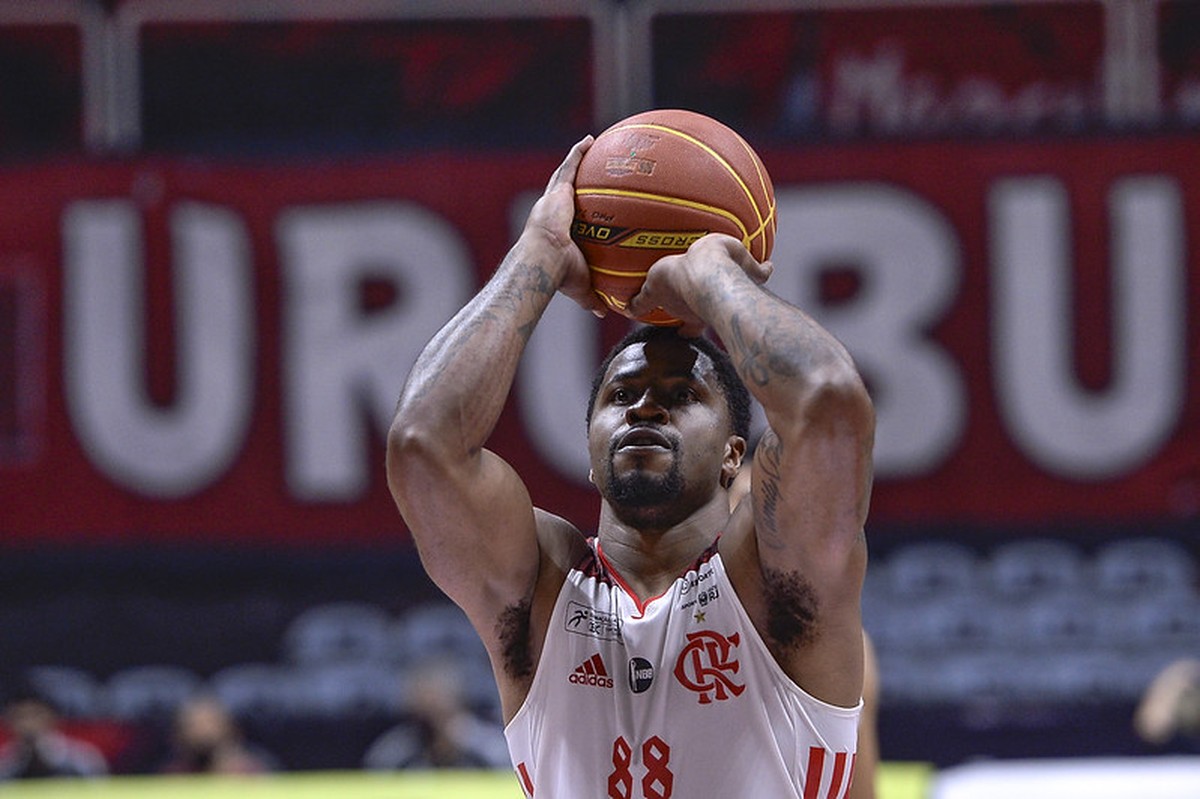 Flamengo won the hitherto undefeated Minas, this Saturday, by 99-63 (45-30), at Maracanãzinho, for the eighth round of the NBB. The Rio team reached its seventh victory in eight games, while the Minas Gerais team now has six triumphs and one defeat. It was an afternoon in which the red-black had a very high performance on the balls of two (63%, and 23 hits out of 36) and three (61%, with 16 hits out of 26)

+ Check out the NBB leaderboards

Minas had won all six games so far – they appeared in second place in the standings, behind Franca, undefeated after seven matches. Flamengo, in third until this eighth round, had a setback in this NBB. He saw his unbeaten 42 games fall against Paulistano.

In the first quarter, Johnson Sr. opened 5-0 for Minas. The team from Minas expanded to 12-2 in a Renan dunk. But the red-black reaction began. Rafael Mineiro, of three, left the Rio team just two behind (12 to 10). And Flamengo turned with another three ball, this time with Yago (13 to 12). In the sequence, Mineiro scored two more (15 to 12), in a 13-point track followed by Flamengo.

More consistent in defense, recovering balls in attack by Minas, the Rio team allowed only two more points to the opponents, closing the initial period at 23 to 14. After the 12 to 2 by Minas, Flamengo imposed 21 to 2, with four balls of three points in the partial.

The advantage reached 15 points in the second quarter, with a Robinson basket (36 to 21). It was a Flamengo betting on the balls of three – and hitting. So far, it has converted 6 of the 9 attempts, with almost 70% success. A beautiful hook from Olivinha increased the lead to 37-21 midway through the second period, the biggest in the game.

With a three-ball from Dar Tucker – the eighth converted by Flamengo in 16 attempts in the first half – the team from Gávea closed in 45-30. but the volume of play was more than enough for the lead.

Flamengo opened 21 points in the third period (57 to 36) with three points from Yago (and the team hitting the 11th of 19 risky long-distance shots). Dar Tucker hit the basket and converted the free throw because of the foul he suffered, and the red-black extended it to 24 points (62 to 38). JP Batista made the basket, and Flamengo imposed 64-38, 26 points of difference, their biggest front in the match. With just over four and a half minutes to play in the third quarter.

In the last period, Minas still pressed and managed to reduce the disadvantage to 25 on two occasions. But Flamengo still showed strength: with three minutes to go, they scored 97-59, with three from Dar Tucker, the 16th among 25 long-distance kicks by Flamengo. The advantage reached 40 (99 to 59), with reserve Leoni, and, in the end, the score was 99 to 63, and an absurd performance of 16 balls from three of the total 26 shots.