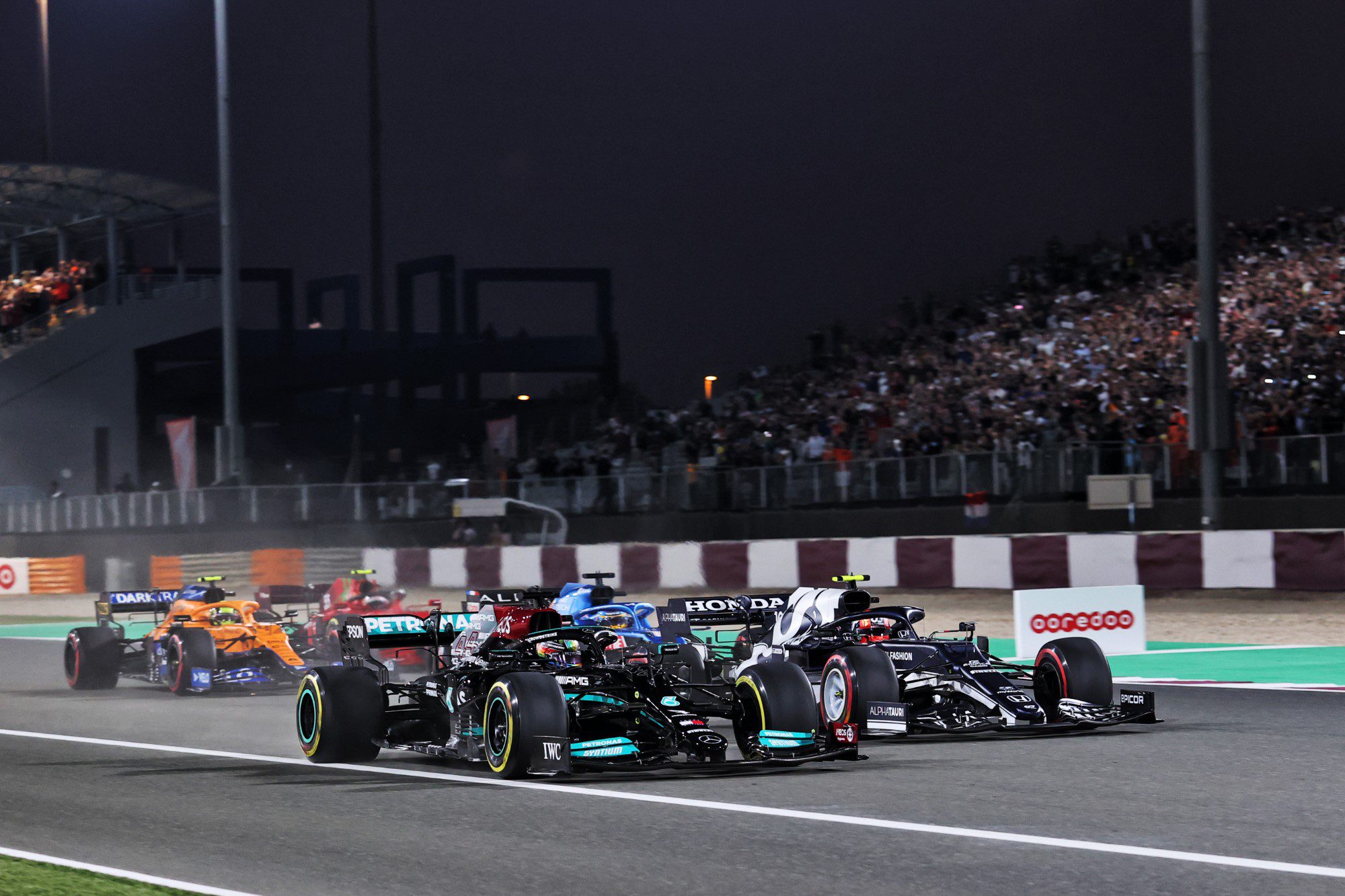 Lewis Hamilton won from end to end the Formula 1 Qatar Grand Prix, held this Sunday (21) at the Losail International Circuit, in Doha.

With the victory, Hamilton approaches Max Verstappen in the fight for the title of the 2021 season of Formula 1. Eight points separate the leader of Red Bull, who took the extra point for the fastest lap of the race, from the seven-times champion Hamilton.

Verstappen took the podium in second position, while Fernando Alonso completed the podium for Alpine in third.

Sergio Perez did a good recovery run to get in fourth place and got good points for Red Bull in the dispute against Mercedes in the constructors. On the other side, Valtteri Bottas had a flat tire and, even after changing the compounds and the nose of the car, he abandoned the race.

Ferrari finished in seventh and eighth position, with Carlos Sainz ahead of Charles Leclerc.

Lando Norris of McLaren and Sebastian Vettel of Aston Martin respectively completed the scoring zone in ninth and tenth.

Hamilton started well and maintained the first position with ease. Verstappen, who started in seventh after a five-place grid penalty, was already fourth at the end of the first lap.

Bottas also took a grid penalty, but three places. The Finn started from sixth position, but lost several positions at the start and was 11th at the end of the first lap.

Verstappen passed Gasly and Alonso and was already in second place at the start of lap 4. Up front, Hamilton already had almost five seconds ahead of the others. Perez occupied P8, while Bottas was P11.

Bottas and Perez managed some overtaking, before the Mexican made his stop on lap 20 and lost positions.

Before him, Verstappen pit-stop on lap 18 and Hamilton on lap 19. Both went well ahead of the rest of the field. Bottas remained on the track and was third after the first stops.

Perez was following his good run of recovery. On lap 30, the Red Bull driver and Alonso had a beautiful dispute for the P4. The two clashed, before Perez took fourth place.

Bottas had a flat tire on lap 34, but managed to return to the pits to change the tires, the car’s nose, and returned in 14th position.

Verstappen made his second stop on lap 41. The Dutchman returned on medium tyres. A lap later Hamilton also made his stop and put on the midfielders.

Bottas retired on lap 51, the same lap Russell had to pit with a flat tire. Latifi also had a flat tire but withdrew from the race.

On lap 55, Verstappen scored 1:24.031 and secured the extra point for the fastest lap of the race.

The virtual safety car was activated at the end of lap 55 by Williams de Latifi, who was stopped outside the track.

The green light was shown at the start of the last lap. Hamilton won, followed by Verstappen and Alonso completing the podium.

Check out the result of the Formula 1 GP of Qatar: