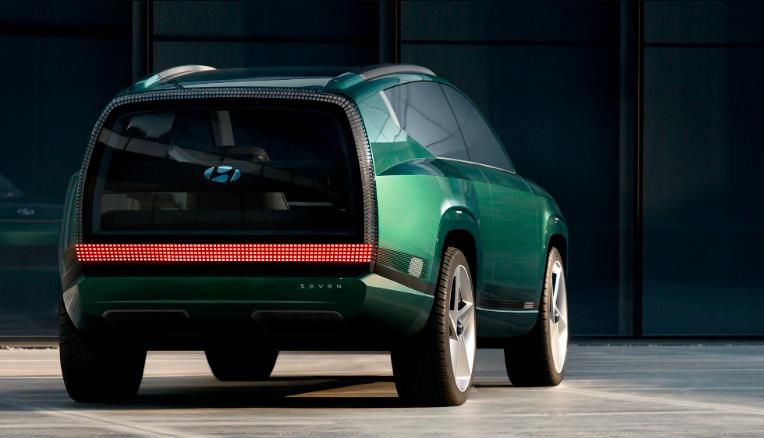 Hyundai and Kia appear to be keen to enter the electric concept vehicle market once and for all.

Automakers presented models of electric SUV cars at the Los Angeles Auto Show, on Wednesday (17). According to the two companies, they were a preview of real future models.

Among the news is the Hyundai Seven, which has no steering wheel, but a steering lever that folds for autonomous steering. Its rear seats are arranged like a sofa, folding in an L-shape around the back corner of the SUV.

already the Kia EV9 is less fanciful. It has a rectangular steering wheel — concept vehicles rarely have round steering wheels — and seats arranged in rows like those of a real SUV.

Hyundai and Kia are closely related companies and often share the engineering of their vehicles.

Hyundai Motor Group, the mother of the Korean multinational that bears the same name, owns a large part of Kia, and both have had success with large gas-powered crossover SUVs.

Both companies had popular SUVs that made it difficult to stock, like Kia’s Telluride and Hyundai’s Palisade.

Now, they want to continue to maintain that success in the transition to electric vehicles. The models are concept vehicles rather than production models, but automakers say they offer clues to real future products.

The concepts are full of features that are unlikely to make them a production SUV. Both have doors that open outwards from the center, like barn doors, without a central pillar.

“Although both concept vehicles appear to be a long way from actual production, they are positive indicators that Hyundai and Kia are considering increasing their customer base and expanding their SUV product line to include electrified versions in the future,” he added.

Hyundai and Kia claimed that these concepts share the same underlying engineering, called the “E-GMP” or Electric Global Modular Platfor.

It is a highly flexible basic electric vehicle engineering platform that can be used to create a variety of models of widely different types and sizes.

Hyundai Seven is designed to provide a “premium lounge” experience, according to Hyundai. Built-in lamps inside the doors radiate a warm glow when they open.

In addition, there is a small refrigerator and a compartment for cleaning and refreshing occupants’ shoes. The ceiling features a huge video screen on which individuals can watch whatever they want.

The model also demonstrates a great concern with hygiene. Airflow can be separated for front and rear occupants to prevent cross contamination.

Built-in ultraviolet lights can sanitize the passenger compartment, and there are also sanitizing compartments to kill germs in personal belongings.

The Kia Concept 9 has “more normal” features. The automaker prides itself on its fast charging capability, meaning it will be able to go from just 10% charge to 80% charge in less than 30 minutes.

When vehicles are parked, the seats can face each other for face-to-face conversation. Instead of a screen at the top, it has a large panoramic sunroof, a feature offered on many SUVs today.

Both Hyundai and Kia hope to start selling new small electric cars based on the same E-GMP platform as early as next year. None of the automakers said when, exactly, they would start selling the vehicles.