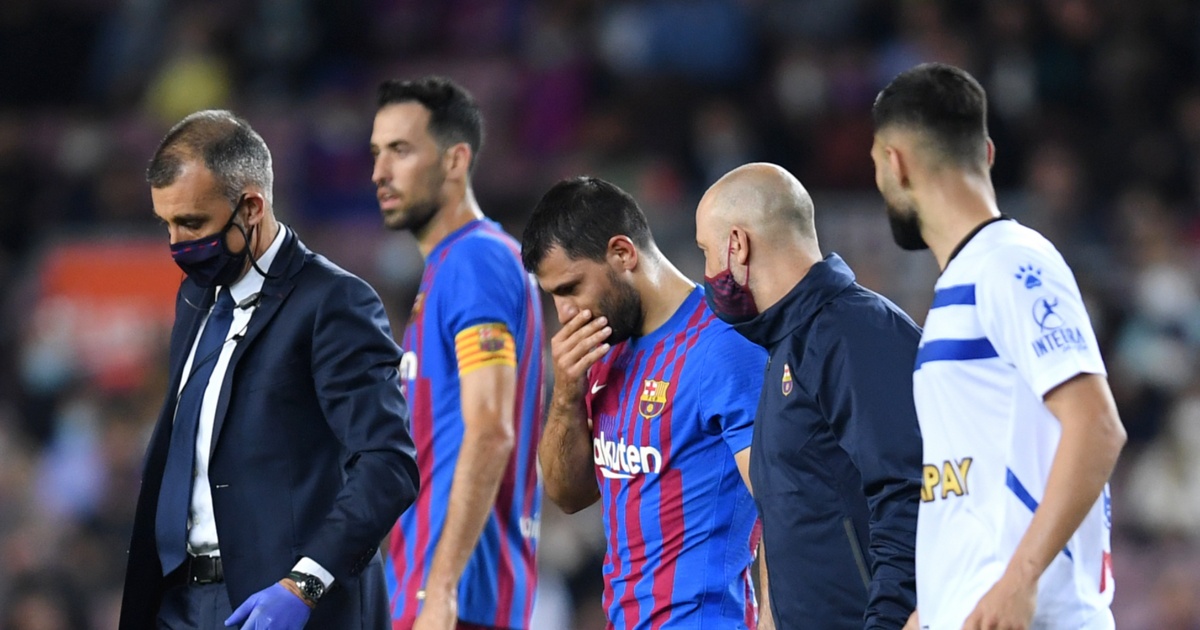 Sergio Agüero’s future, unfortunately, seems to be far from football. According to journalist Gerard Romero, sectorist for Barcelona, ​​the Argentine forward will have to retire after discovering an arrhythmia and is currently away from the pitch for 90 days to undergo treatment.

Also according to the journalist, the club and the player are already planning a press conference for next week to effectively announce that Agüero will retire.

On the penultimate day of October, Agüero felt chest pains and difficulty breathing in the match against Alaves and was substituted, being sent to a hospital near Camp Nou, where he underwent tests that detected a cardiac arrhythmia.

Since then, the Argentine has been away from Barça and is undergoing treatment, guided by the club’s doctor. In theory, he would be re-evaluated in 90 days to decide whether he could continue playing football or not. However, the Spanish press is beginning to say that Agüero will have to hang up his boots.

Manchester City legend, Agüero also had important spells at Atlético de Madrid and Independiente, the club that revealed him. He arrived at Barcelona this season with the dream of playing alongside Messi, his friend for years. The dream ended up not coming true, with Leo moving to PSG. Kun has scored just one goal in five games with Barça.