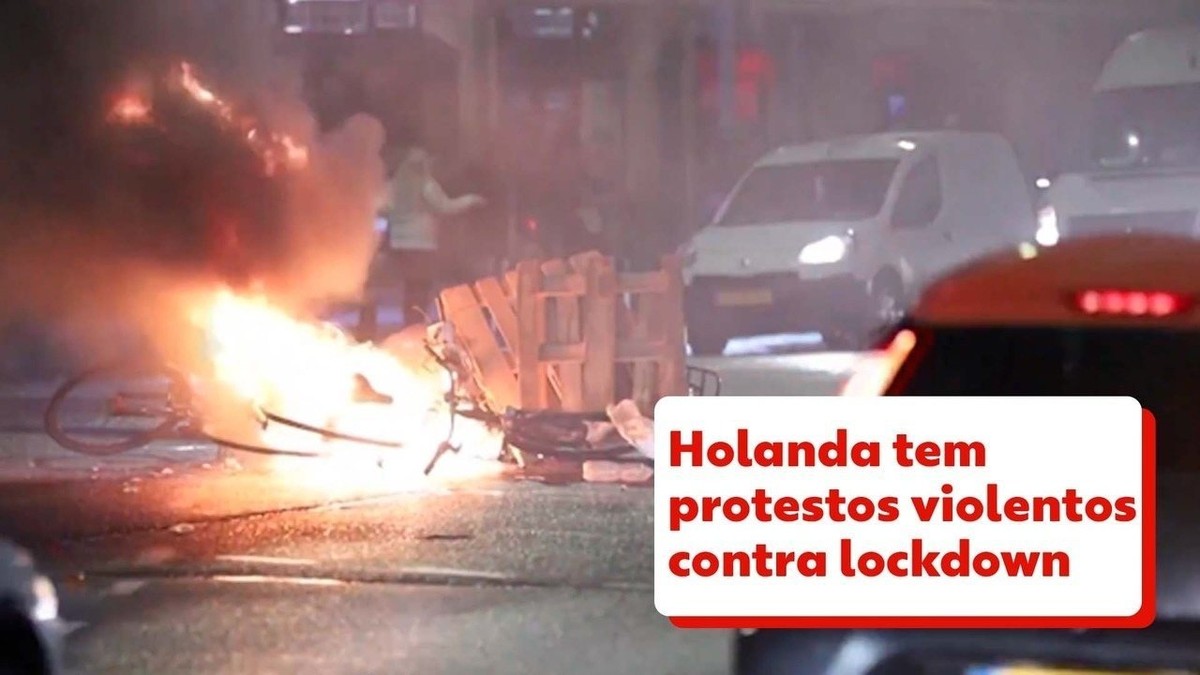 Dutch police said this Sunday (21), that 19 people were detained, after a second night of violent protests against the latest sanitary measures implemented by the government to contain the Covid-19 pandemic.

Protests against health restrictions caused by the Covid-19 pandemic again ended in riots on Saturday night (20), in the Netherlands, in The Hague in particular, where five police officers were wounded.

Street fire in The Hague during protest against restriction and lockdown measures in the Netherlands on the night of November 20 — Photo: Danny KEMP / AFP

Violence also took place in Urk, a small Protestant town located in the center of the country, and in several cities in the southern province of Limburg.

Dutch Prime Minister Mark Rutte announced a week ago the reintroduction of a partial lockdown along with a series of sanitary restrictions, especially in the restaurant sector, to prevent the spread of covid-19. Bars and restaurants must close at 8pm, at least until December 4th.

Protest in other countries too

Also on Saturday, thousands of protesters gathered in Vienna to protest the new national lockdown announced by the government to contain the advance of Covid-19.

Austria became the first country on the European continent to reinstate national confinement. The measure runs from next Monday (22) and takes place days after the Austrian government imposed a confinement to the unvaccinated.

Protests were also registered in Croatia and Italy.