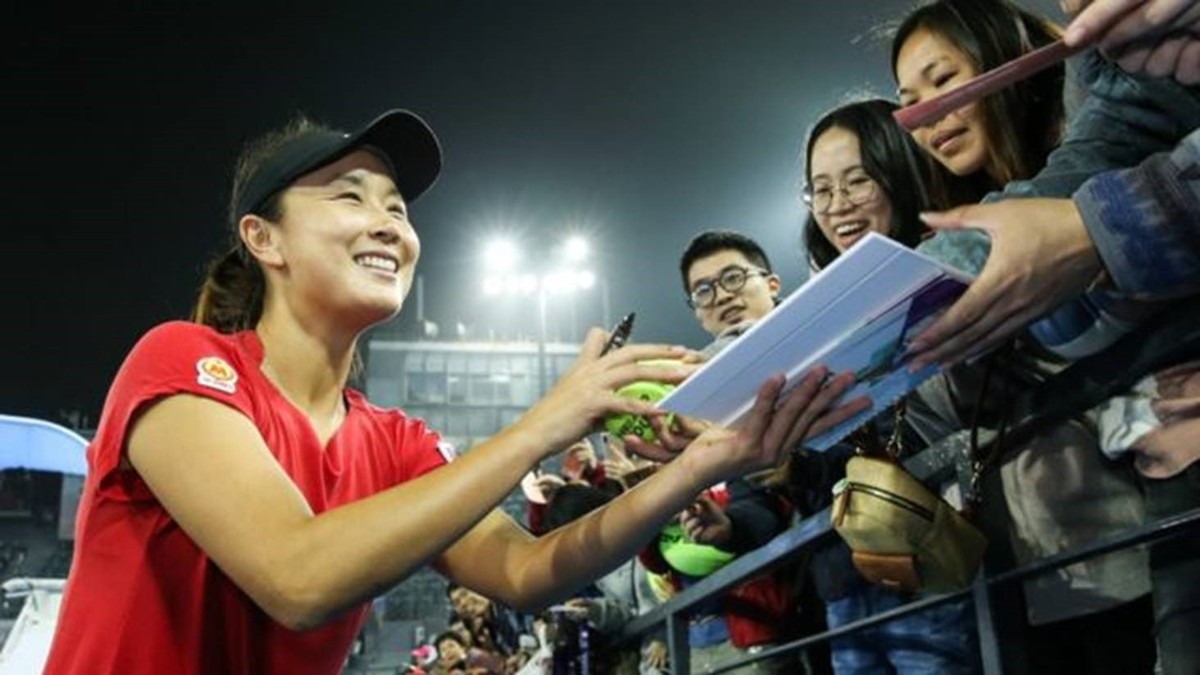 Shortly after Peng Shuai, one of China’s most popular tennis players, used the Weibo social network to accuse a top politician of sexual abuse, her personal account on the platform was censored.

That was the 2nd of November. She has not been seen or heard from in public since then.

BBC News analyzed the timeline of that day’s events to understand the online censorship techniques used against Peng.

What happened to Peng’s posting on the social network?

On November 2, the tennis player, once number one in the world doubles rankings, published a post on Weibo alleging that she had been forced to have sex with Zhang Gaoli, former Chinese deputy prime minister. That post quickly disappeared – probably within an hour.

Using the internet tool Wayback Machine – which allows you to go back in time online – we were able to verify that at the end of that day there was no trace of the post.

We then analyzed the timeline of Peng’s Weibo profile and found that another six posts had been published and later deleted.

This isn’t the first time a top-level athlete has been censored in China.

Last year, former international football player Hao Haidong was also censored online, as was his wife, Ye Zhaoying, a retired badminton player, after he openly advocated the end of the Communist Party of China.

How were the tennis player’s followers affected?

Weibo users, like Twitter users, can post comments in response to posts. However, comments on Peng’s Weibo timeline were blocked, preventing her followers (more than half a million) from engaging in debates on her profile.

Apparently some specific search terms were temporarily blocked. So if a user typed in Peng’s name, for example, they didn’t get any results – at least for a while. Some of these restrictions have already been removed.

Also, posts by other users on Weibo, referring to Peng, have been removed from the platform.

On November 3, Chinese tennis commentator Ouyang Wensheng wrote: “I hope you are safe” and “How desperate and helpless she must be.” Both posts have been removed.

To get around the censors, creative solutions emerged.

Instead of typing Zhang Gaoli directly, Weibo users referred to the politician by other similar names, or names that have the same initials in Chinese.

However, authorities are aware of this strategy and posts that tried to evade the censors in this way were also quickly removed.

What about searches on other internet search engines?

Other popular social media sites in China, such as Douyin (the Chinese TikTok) and video-sharing platforms Kuaishou and Bilibili, also appear to have been restricted from searching for terms related to the tennis player’s case.

On the Zhihu Q&A website, no results appear when the name “Peng Shuai” is entered. However, when “Zhang Gaoli” is searched, results emerge, but only from posts that portray him as a heroic leader.

What was the online repercussion of this?

Former world number one Naomi Osaka wrote on Twitter: “Censorship is never OK in any case. I’m in shock at the current situation and I send love and light to it.”

An online campaign using the hashtag #WhereIsPengShuai? (Where is Peng Shuai), started circulating a few days ago and is now a trending topic on Twitter.

Chinese authorities are reluctant to talk about the case.

On Thursday, Foreign Ministry spokesman Zhao Lijian said he had no knowledge of the case after being pressured by journalists at a press conference, but his comments were later excluded from the official transcript of the press conference.

* With supplementary research from Paul Myers.