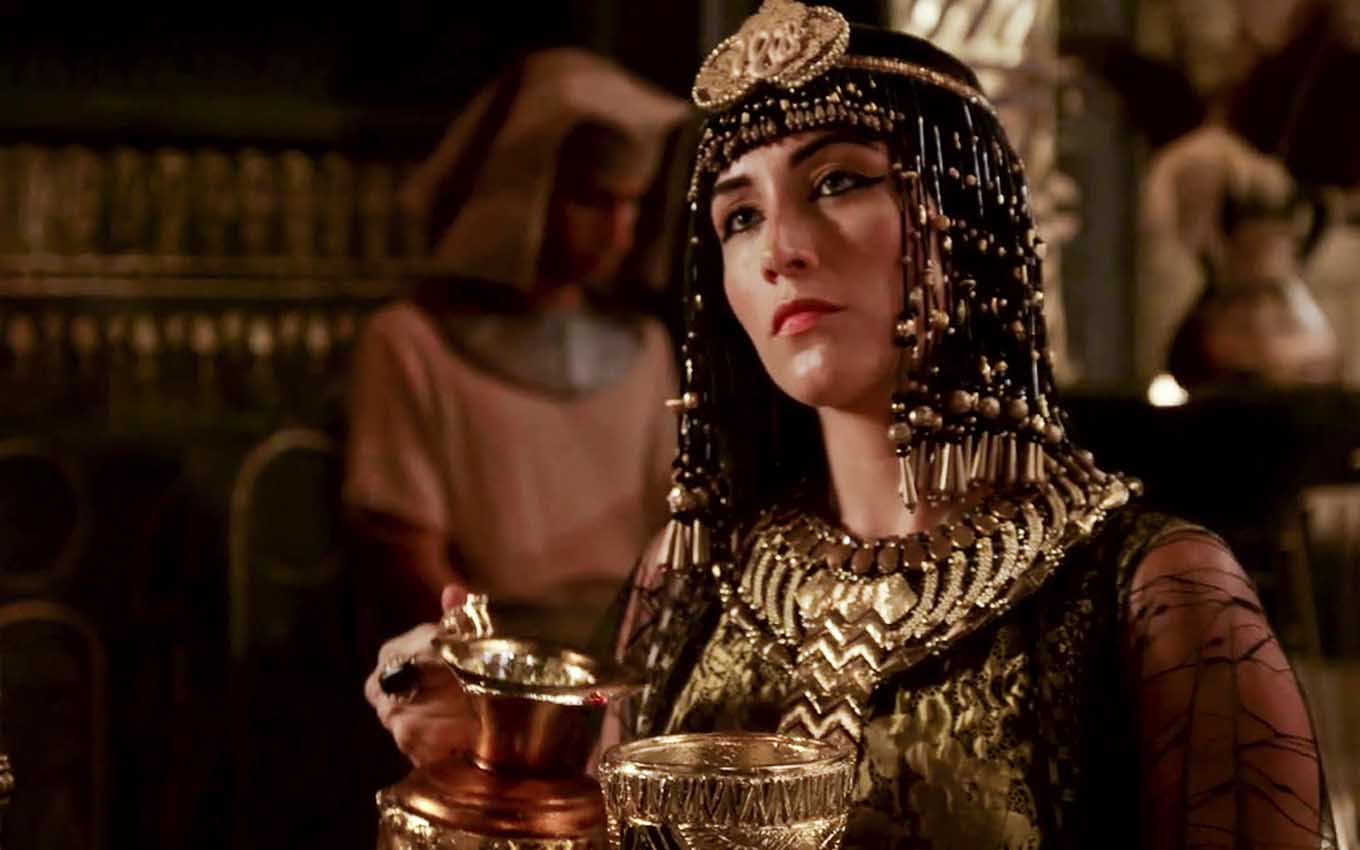 Record stretched the final stretch of Genesis so much that almost nothing is left for the last chapter, which will be shown on Monday (22). In addition to revealing the face of Apepi (Jorge Lucas), the biblical novel will feature a final musical number in which, finally, José (Juliano Laham) will release his voice to retell his story — from slave to governor-general of Egypt.

The station once again performed the miracle of the multiplication of chapters to take advantage of Globo’s bad moment, which has registered a lower-than-expected audience with Um Lugar ao Sol. In all, authors Camilo Pellegrini, Stephanie Ribeiro and Raphaela Castro delivered 150 scripts that were turned into no less than 220 episodes.

One of the most awaited moments is the encounter between Adurrá (Ricardo Lyra) and Sheshi’s greatest enemy (Fernando Pavão). Apepi will finally show up after having hidden behind riddles and sparrow feathers for much of the seventh stage.

The dethroned pharaoh will also put an end to one of the main mysteries of the plot by confessing that Merianat (Samia Abreu) ​​is his greatest ally within Lower Egypt. A series of flashbacks will show that the queen was behind the deaths of Amarilis (Marianna Alexandre) and Adja (Jullie Magal), as well as the exile of Kamesha (Kizi Vaz).

Lucifer (Igor Rickli) will still have one last confrontation with the angels Gabriel (Paulo Dalagnoli) and Miguel (Fernando Billi). They will prevent him from infiltrating once again the settlement of Israel (Petronio Gontijo). “You know very well that you can’t protect them forever. Yet. But you can’t stop what’s to come,” he’ll bark.

Unlike the devil, Menkhe (Renato Rabelo) will do well since Sheshi won’t listen to Shetep (Camilo Bevilacqua) and will put him in charge of the harem. The high priest will also have a happy ending when he parades with a new love in front of Meritre (Marcelle Bessa Bens) and Pentephres (Nando Cunha).

Abumani (Dudu de Oliveira) will return to Egypt to show José his happy ending, with the right to a wife and a five-year-old child. Shareder (Paulo Verlings), meanwhile, will jump for joy to discover that Herit (Yana Sardenberg) is pregnant after suffering a miscarriage.

Ultimately, God will descend from heaven to walk the streets of Avaris disguised as a beggar. Actor Flávio Galvão, who gave voice to the almighty throughout the entire production, will be responsible for incarnating the divinity and making the connection between the end of Genesis and its replacement – ​​the compilation of reruns The Bible.

Abumani (Dudu de Oliveira) at the end of Genesis

Monday, 11/22 (Chapter 220)
Lucifer is prevented from invading Israel’s feast. Herit announces pregnancy to Shereder. Judah redeems himself for having sold Joseph. Asenath weeps with happiness beside the governor-general of Egypt. God appears in final speech. Abumani surprises José with his wife and children.