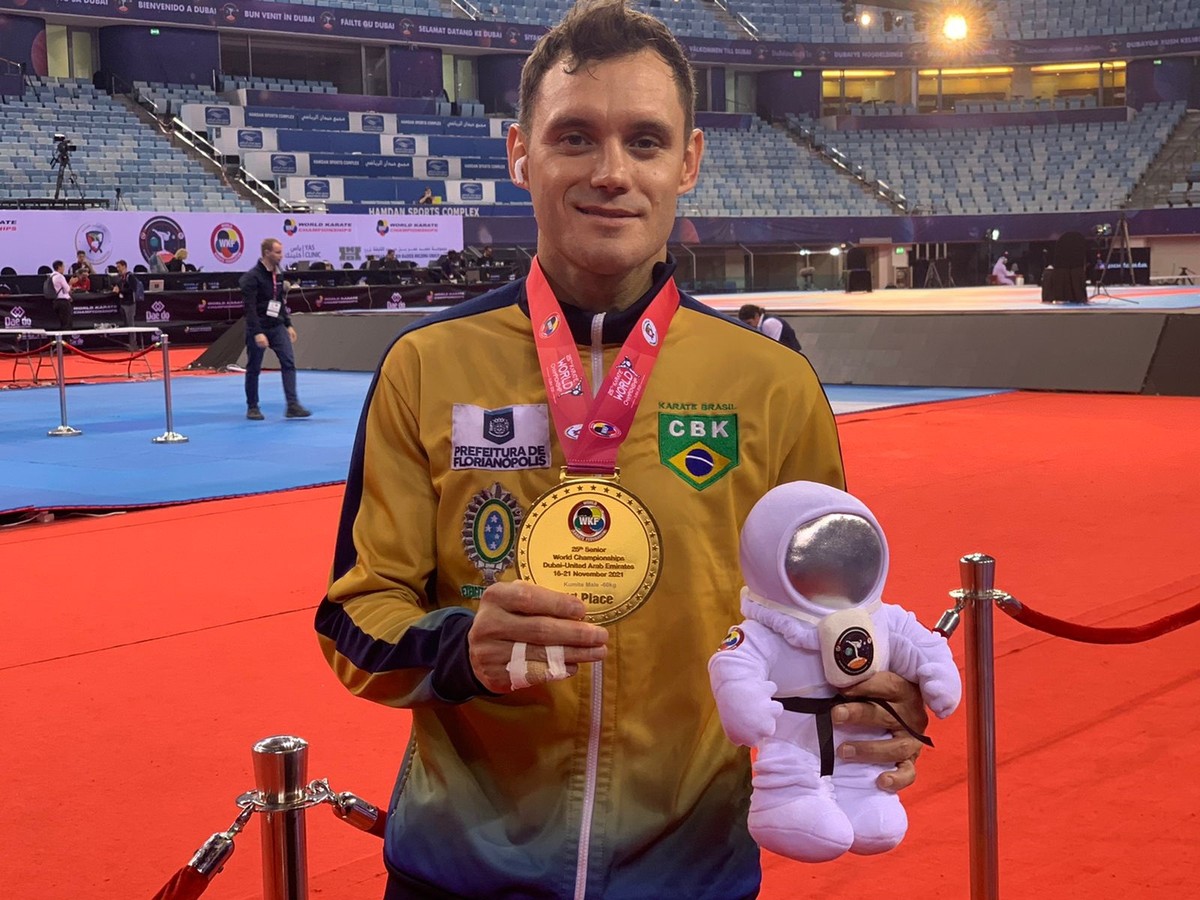 The greatest karateka in Brazilian history and one of the biggest names in the sport in the world, Douglas Brose showed this Saturday why he reached this level. He defeated the Italian Angelo Crescenzo, who was the current world champion, and became three-time world champion in the 60 kg category, at 35 years old.

The two karatekas began by studying each other a lot and taking no chances. With 58 seconds to go, Crescenzo tried to punch from below, but Douglas responded too quickly and landed a kick to the head, opening three to zero. The Italian tried to look for it, but the Brazilian’s experience spoke louder and Douglas didn’t give it any chance.

This is Douglas’ fifth medal at Worlds. The Brazilian was gold in 2010 and 2014, silver in 2012 and bronze in 2008. Douglas did a competition with a lot of overcoming. In 2018, he had an Achilles heel injury and was barely able to compete in that year’s Worlds, which ended up affecting him in the Olympic race. Still recovering from this problem, he ended up with a hand injury, needed a pin and competed in the competition in Dubai with a lot of pain.

To reach the final, Douglas ran a perfect campaign on Wednesday. He passed the Slovenian Niklas Tamse in his debut by 4-2. Then he beat Abdullah Shaaban, from Kuwait, by 2-1, and the South Korean Gu Ju Yeong, by 2-0. In the quarterfinals, the Brazilian dominated Kazakh Kaisar Alpysbay by 3-0. In the semifinals, he was always ahead of the scoreboard and dispatched Moroccan Ali Jina Abdel by 3-1.