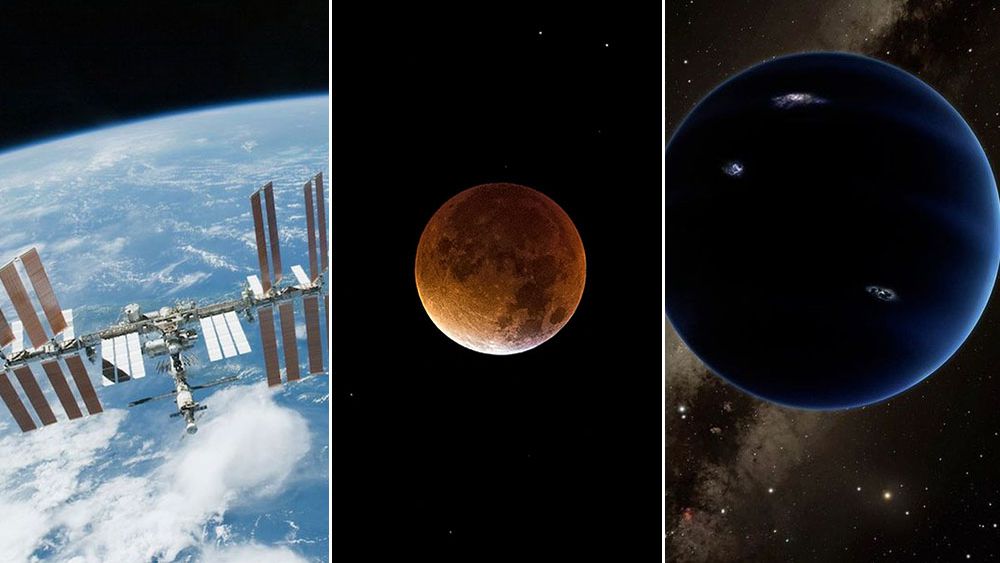 A Russian anti-satellite missile test nearly put the International Space Station in “bad spot” over the past week. US authorities criticized Russia’s actions, which, in a way, put the lives of astronauts on board — including its own cosmonauts, that is to say — at risk. Meanwhile, here on Earth, people from all over the world were getting ready to see the longest-running partial eclipse of the century, and if you missed it, scroll the screen to see amazing images of the event!

Check out these and other most important space news of the week below.

It was not an easy week for the crew of the International Space Station (ISS). In fact, it hasn’t been easy since the Crew-3 mission arrived at the orbital lab. On the first day aboard, the astronauts had to return to the rover capsule because the ISS was passing close to a cloud of orbital debris. The cosmonauts also had to retreat to the Soyuz capsule, just in case.

Until then, the origin of that cloud of space debris was not known for sure, but the next day Russia confirmed it: it was the remains of an anti-satellite missile test, carried out by the Russian Ministry of Defense. Despite claiming that the more than 1,500 fragments generated did not pose risks, many experts disagreed. The ISS could be in danger not just now, but even for years to come, as in the orbital “dance” of the station and the cloud of debris, the two may eventually meet.

On Wednesday, the debris was recorded in telescope images by Numerica Corp., a company that works with the tracking of orbital debris. The images and videos were shared by Slingshot Aeroespace, Numerica’s partner, and show a portion of the 1,500 garbage items in our orbit. For the US Space Department and NASA, Russia’s action was, to say the least, careless.

At dawn this Friday (19), the longest partial lunar eclipse of the century took place. In fact, this is already considered the longest of the entire period between the years 1440 and 2669 — that is, more than a thousand years! But remember, this doesn’t include total lunar eclipses, only partial ones. Unfortunately, Brazilians had to stay awake until 3:00 am, and many were still frustrated by clouds that covered the entire sky.

If you were one of those people, or just couldn’t stay up late, we’ve pulled together some of the most amazing footage from the greatest partial lunar eclipse of the century. Also, there is always a new opportunity — in 2022 there will be a total eclipse that will be even longer than this Friday’s event.

Yes, the elusive Planet 9, sought after by astronomers since its existence was cognized with relatively convincing data in 2016, may have been detected by a retired telescope in 1983 — and no one noticed. The author of a new study combed through the ancient archives of the Infrared Astronomical Satellite (IRAS), a space observatory launched in 1983, which collected information from almost the entire sky in infrared.

According to the study, the infrared wavelength is a good way to look for Planet 9. So, using the characteristics that have been attributed to this hypothetical world, such as its possible orbit, the researcher found three candidates that moved the way. that Planet Nine would move. It’s still too early to tell whether any of them are, in fact, the all-too-mysterious trans-Neptunian world, but the study offers data astronomers can use to further refine the search.

Remember Oumuamua, the interstellar visitor who haunted astronomers around the world in 2017? Yeah, he’s still controversial, with hypotheses about his nature — which will likely remain a secret forever, since we’ll never see him again. In March of this year, a study came up with a very convincing explanation: it’s a block of nitrogen ice ripped from an exopluton (a Pluto-like world orbiting another star).

It turns out that proponents of the “Oumuamua is an artificial object constructed by aliens” hypothesis are not convinced. They are astrophysicists Amir Siraj and Abraham “Avi” Loeb. In a new study, they challenged the nitrogen explanation, arguing that not all the nitrogen in the universe could make objects like Oumuamua. It seems that the matter is still going to be “cooked up”, even if no one can prove its hypothesis.

The return of astronauts to the Moon, which would be in 2024, has been postponed for some time after 2025. But, according to a new report produced by the Office of General Inspection (or “OIG”), the schedule of development of the lunar lander (landing vehicle) is too aggressive. In other words, it might not be ready in time.

When would the moon landing take place? In more realistic forecasts, in 2028, the initial deadline given by NASA, before the Trump administration pressured the agency to bring the schedule forward. There are still other systems that were not ready and they are expensive, so the OIG suggested that NASA consider alternatives, like the Starship vehicles, from SpaceX, or the New Glenn, from Blue Origin.

Another little piece of Mars to carry with me.

My latest sample is from a rock loaded with the greenish mineral olivine, and there are several ideas among my science team about how it got there. Hypotheses are flying! Science rules. #SamplingMars https://t.co/L6lhCNdqWq pic.twitter.com/bFXxExhS1P

Everything went well during the task of collecting yet another piece of Martian soil with the Perseverance rover in Jezero crater, where a river existed billions of years ago. The new sample, which stands out for its greenish color, is a mineral known as olivine. NASA hasn’t revealed more information, but olivine is common on Earth in igneous rocks.

Some suggestions are that the olivine deposits would be the result of an ash deposit from some volcanic explosion, or just more evidence of a lake bed that existed a long time ago, and is now completely dry. Now, Perseverance is in a region of Jezero known as Séitah, an area full of dunes and rocks.