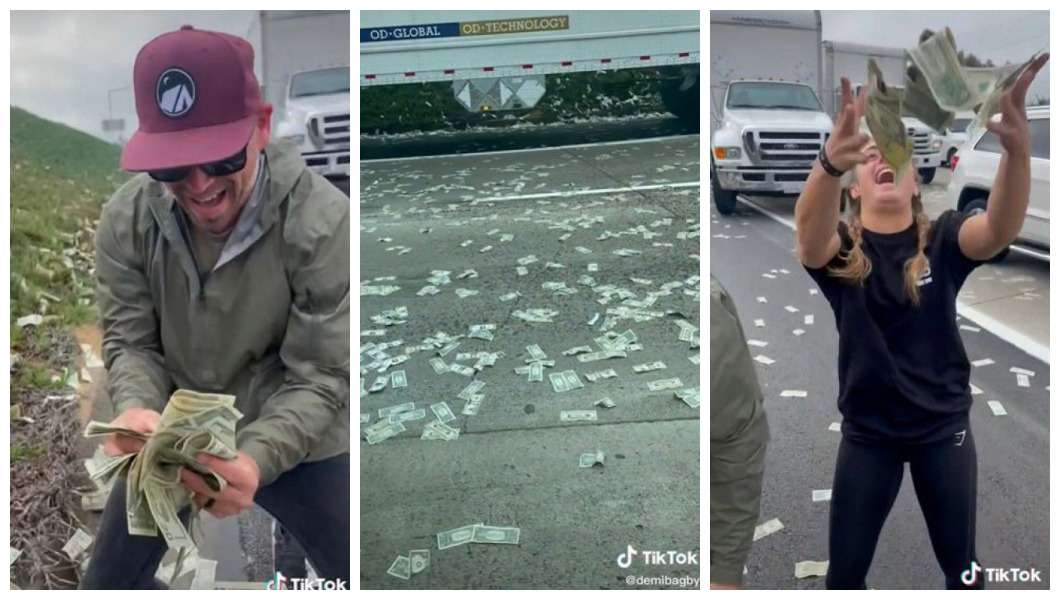 A highway in the United States was full of money, this Friday (19), after the door of a vault opened and bags with dollar bills spread across the track. The information is from the G1.

The case took place in San Diego, Calif., on Interstate 5, a West Coast highway that runs from the Mexican border to Canada and connects the cities of Los Angeles to Seattle.

Several people stopped their cars to collect money from the ground, and the highway was completely blocked in both directions. In videos posted on social media, people appear running in happiness with their hands full of dollars, while others throw the bills in the air.

Money must be returned, says Police

Police say they are working with the San Diego FBI to identify the people in the images. All money must be returned to the California Highway Patrol (CHP) within 48 hours, under penalty of facing criminal charges, authorities warn.

“If you took any money, I suggest that you turn it over to the CHP office immediately because we have a lot of evidence,” a police spokesman told the local broadcaster. News 8.

A CHP police officer told the newspaper San Diego Union-Tribune that anyone who took the money “may face charges”. “If a bunch of TVs fall out of a truck on the highway you can’t just pick up the TVs.”

The total amount of money that fell from the strong car and the amount taken was not informed by the police. The company responsible for transport declined to comment. In a statement released that evening, CHP thanked those who had already returned the money.