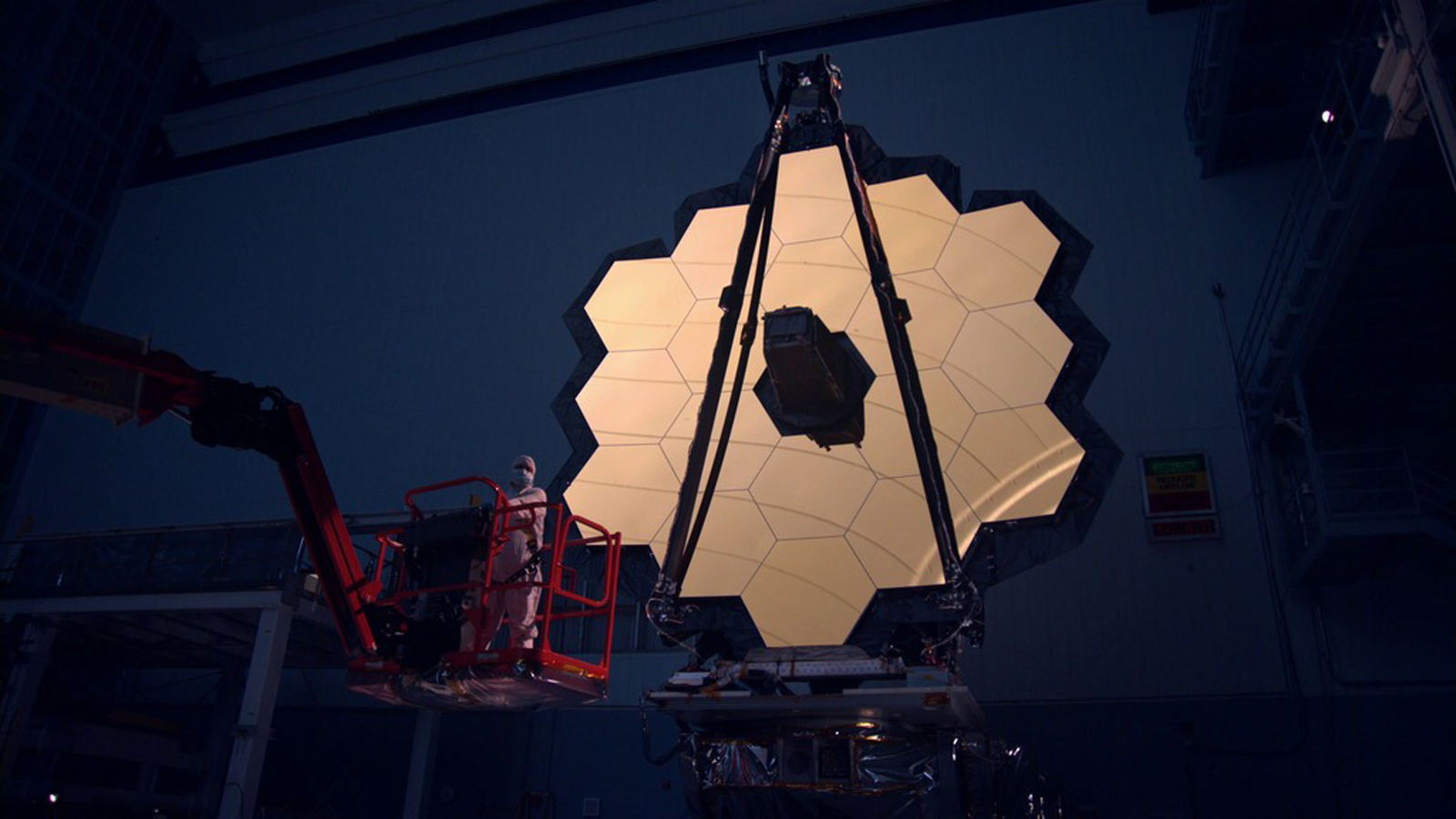 When the James Webb Space Telescope launches in December, astronomers around the world are hoping to find the unexpected, according to Sara Seager, an astrophysicist and planetary scientist at the Massachusetts Institute of Technology.

A number of astronomers’ projects will use their allotted time with the telescope to observe an intriguing range of exoplanets. Some of them may have planet-like features that we recognize in our own cosmological backyard, others may be diametrically opposite. Webb was not designed to find signs of life on other planets, but it can shed light on the mysteries of planetary evolution, their atmospheres and the chemistry within them.

The telescope, which sees in infrared light invisible to the human eye, will build on observations made by other space and ground telescopes to help researchers better understand fully formed planets, as well as those that are still forming.

In our solar system, Webb will study our neighboring planets to see how they evolved over time compared to Earth.

“We’re going to look at every object in the solar system, starting with Mars and going further and further,” said John Mather, senior scientist for the Webb project at NASA’s Goddard Space Flight Center in Greenbelt, Maryland. Some of Webb’s main objects of study include oceanic worlds in our solar system, such as Jupiter’s moon Europa and Saturn’s moon Titan, the scientist added. Future missions will investigate whether life, or the chemistry that leads to life, is possible in these worlds.

Outside our solar system, even bigger questions remain. Webb could shed light on the types of planets that exist outside our tiny corner of the universe. However, it will not look at the atmosphere of Earth-like planets around stars like the sun.

Instead, the planets Webb will observe are located around much smaller and cooler stars, which are very common in our galaxy. It’s possible that these planets might still be habitable, said Klaus Pontoppidan, project scientist Webb at the Space Telescope Science Institute in Baltimore.

In addition to observing exoplanets and their surfaces, the telescope will be able to peer into their atmospheres, if they exist. There, a veritable rainbow of information awaits. That’s because gases within a planet’s atmosphere absorb light in specific colors, which will allow scientists to identify them and see an exoplanet’s atmospheric composition.

“Webb represents different things to different exoplanet researchers, but for a large number of them, it’s an opportunity to study the atmosphere of these exoplanets,” said Seager. “When a planet passes in front of its star, some of the star’s light shines through the planet’s atmosphere. By observing what light can pass through and what is blocked, we can identify gases in an atmosphere.”

While the Hubble Space Telescope has already provided scientists with this, this new telescope “will take us to the next level,” Seager said.

Imagine seeing the Earth from afar. From this perspective, our atmosphere looks like a tiny layer of fog above the planet. That’s why it’s so hard to identify atmospheres.

Also, detecting gases that are not expected or understood can be an even more intriguing finding, leading to more questions than answers, he said.

Webb will also contribute more data that will help scientists see planets in 3D, said Nikole Lewis, an astrophysicist and assistant professor of astronomy at Cornell University. This includes temperature, cloud formation and even the ability to understand the weather conditions that occur on other planets and then create a better picture of extraterrestrial environments.

In February 2017, astronomers announced the discovery of seven Earth-sized planets orbiting a star 40 light-years away. With the help of the Spitzer telescope, the seven exoplanets were found close together in orbit around a cold dwarf star called TRAPPIST-1.

Three of the planets are within the star’s habitable zone, where liquid water could accumulate on the planet’s surface and potentially support life.

Determining whether planets have atmospheres is the first step. Currently, planets orbit a cold dwarf star, but they are not always in such good condition. The star is half the temperature and one tenth the mass of the sun. However, it was much hotter earlier in its life, which could have caused nearby planets to lose atmosphere, oceans or ice.

“It’s as if these little red dwarf stars have a very long and complicated teenage phase,” explained Seager. “During this period, they were very hot and released a lot of energy. Therefore, a planet that is in the habitable zone today was bombarded with heat and high energy, and so people think that it may have lost its atmosphere in that time. Now, whether or not the atmosphere could be re-established, we’re not sure.”

The researchers who discovered the TRAPPIST planets found them using the transit method. While observing the star through a telescope, astronomers see shadows, like tiny eclipses, periodically interrupting the constant pattern of starlight. This is called transit. The shadows indicated planets, and additional observations confirmed the indication.

The same starlight used to detect planets passes through the planet’s atmosphere. When this happens, it would be possible for astronomers to detect the composition of the atmosphere, if one existed. This method also reveals colors that represent different wavelengths of light.

One of Webb’s goals is TRAPPIST-1e, which is potentially habitable. Researchers will look for signs of an atmosphere and then for specific components, such as carbon dioxide or water signatures, Lewis said.

“Nature has given us a sample of seven Earth-sized planets in a system,” he said. “In solar system science, we compare planets to each other and this helps us understand how they formed and why Earth is the only planet that is currently known to harbor life in the solar system. Thus, the TRAPPIST system will give us the same opportunity in an exoplanetary system to look at each of the planets.”

The Webb telescope can peek into the possible atmospheres of all seven TRAPPIST planets. Observing these worlds can help scientists better understand the evolution of planets, Seager commented.

The range of planets Webb will observe is wonderfully diverse, including “Hot Jupiters”, “Hot Neptunes”, planets that are hit by heat when orbiting close to their star, and even worlds that orbit dead white dwarf stars.

Scientists are eager to take a closer look at Beta Pictoris, a young system 63 light-years away that includes at least two planets and small rock bodies embedded in a dusty disk. Another objective for the start of the mission is the WASP-18b, a “hot Jupiter” with an atmosphere, according to NASA.

Webb can reveal the physical processes that generate exoplanet diversity, said Natalie Batalha, professor of astronomy and astrophysics at the University of California, Santa Cruz. Batalha also worked as a co-investigator and scientist for the Kepler mission, which helped find thousands of exoplanets.

One mystery is the so-called stripped-core planets. Imagine a planet that formed like the ice giant Neptune, for example, but close to its star. Over time, the planet’s hydrogen layer has been removed, leaving a rocky core that looks like Earth but must look very different on the inside, Batalha said.

“Does this stripped core lead to life? Is it an additional place for the possibility of life? I don’t know”, he commented.

They are different from how the Earth’s atmosphere formed. Using Webb to define atmospheric trackers could reveal more about these stripped-down worlds.

Another mystery discovered by Kepler is the planets with the size between Earth and Neptune. Depending on their exact size, they are called “super-Earths” or “sub-Neptunes,” explained Johanna Teske, a staff scientist at the Earth and Planets Laboratory at the Carnegie Institution for Science in Washington.

Teske is one of the leaders of a project with Batalha’s daughter, Natasha Batalha, a scientist at NASA’s Ames Research Center, to observe 11 of these planets around eight stars. It is the largest exoplanet program selected to explore Webb’s first round of observations.

Kepler helped scientists realize that “the most common type of planet (out there) is one that we don’t have in our solar system and that forms a kind of bridge between the tiny terrestrial planets that orbit close to their stars and the big gas giants. which are a little further away”, said Natalie Batalha.

These planets are common around stars like the sun, often appear in multiplanet systems, and appear to be a very common result of planet formation, Teske said.

Scientists want to understand whether these worlds are more Earth-like, Neptune-like, or something else entirely, he said. His project was designed to explore how these planets formed, as well as their composition and potential atmospheres.

It’s possible that the planets are gaseous, terrestrial or even aquatic worlds, so the team wants to see if there is water in their atmospheres.

The James Webb Space Telescope “will open up the possibilities for atmospheric characterization of exoplanets,” said Teske.

(Translated text. Click here to read the original in English).