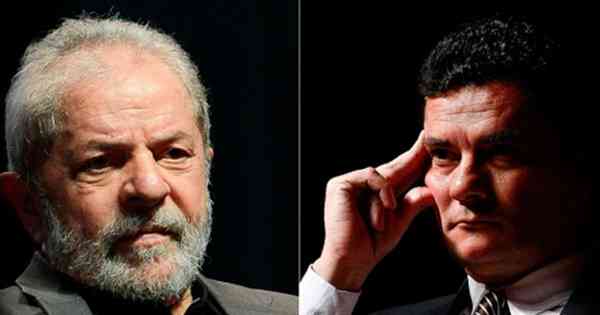 The pre-candidate for the presidency and former judge Sergio Moro (Podemos), used social media to publish criticisms of former president Luiz Incio Lula da Silva (PT). The former minister shared news that echoed the PT’s speech, saying that Moro ‘without a gown’ was ‘a candidate like him’.

“Before, the PT praised the elections in Nicaragua, where opponents were imprisoned. Now, Lula is the one who minimizes the repression against protests in the Cuban dictatorship and criticizes the United States, a democracy. There is no way to flirt with authoritarianism”, posted Moro .The former judge and former justice minister in the Bolsonaro government was known for leading, between March 2014 and November 2018, in the first instance, the processes related to the crimes identified in Operation Car Wash, involving a large number of politicians, contractors and companies.

The former judge was responsible for Lula’s arrest in 2018. This is not the first time that the PT member accuses Moro of interfering in politics with ideological interests.

Lula is still not a pre-candidate for the 2022 elections, but, according to polls, he is named as the favorite in the electoral race.