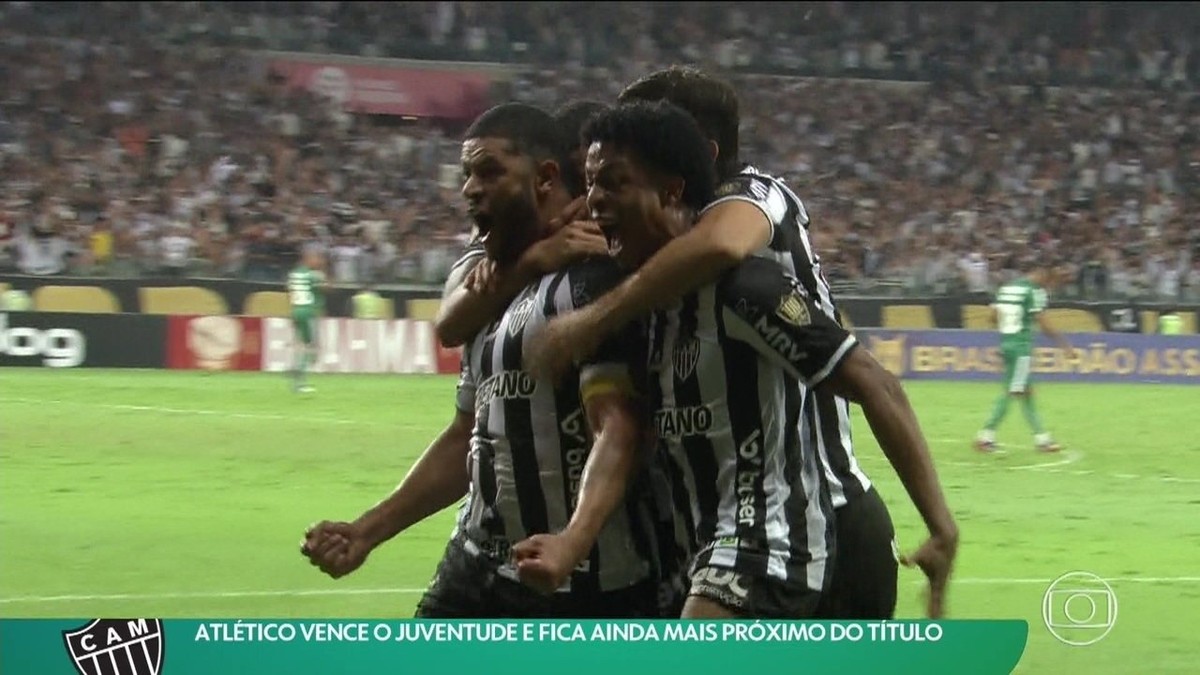 Flamengo, who beat Inter on Saturday, faces Grêmio this Tuesday and has the Libertadores final in the sequence, maintain remote hopes: now Rubro-Negro has only a 1% chance of winning the title. Palmeiras, in third place, can no longer reach the leader.

In the fight for the G-4 and the direct spot in the Libertadores group stage, three teams are still strong in the fight: Corinthians rose to 60% after the victory over Santos, while Fortaleza, which beat Palmeiras, goes to 42% . Bragantino follows with a 30% chance of G-4.

Atlético-MG is one step away from the Brazilian title — Photo: Fernando Moreno/AGIF

In the fight against relegation, Grêmio’s risk decreased to 78% after Saturday’s victory against Chapecoense, which is already relegated. Bahia was complicated by the goalless draw against Cuiabá and saw their risk of falling jump to 46%. Youth and Atlético-GO are also close.

It is necessary to take into account that there is still a game pending in the 34th round: São Paulo host Athletico-PR on Wednesday, at Morumbi, in a direct confrontation that should interfere in the fight against relegation.

Bragantino and Sport also did not play for Brasileirão over the weekend, as the game was anticipated and played on October 28 – the São Paulo team won 3-0. Without having entered the field, Leão has a 98% risk of falling .

The projections are from the Infobola website, by mathematician Tristão Garcia.