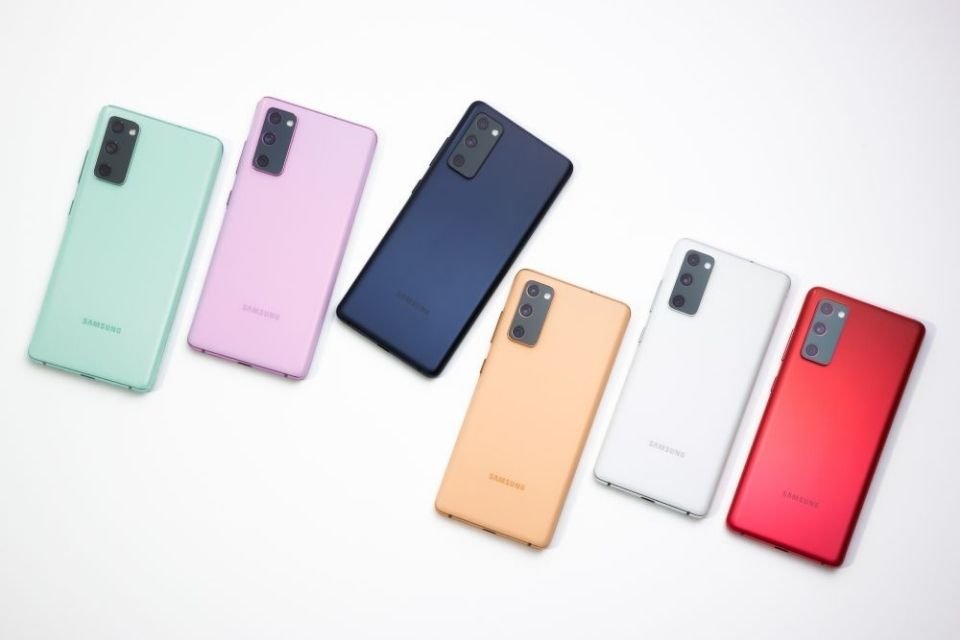 When it comes to cell phones, Black Friday’s darling is the Galaxy S20 FE. Focused on cost-effectiveness, Samsung’s “almost top-of-the-line” smartphone has cutting-edge specifications, but makes some cuts to ensure a more attractive price.

According to data from Buscapé, the device is the most sought after for the Black Friday 2021 and it’s on the radar of many buyers. The question remains: after a year on the market and with a successor, the S21 FE, supposedly on its way, is it worth investing in the S20 FE today?

After about six months using the cell phone, check out some impressions and notes that can help when deciding on a purchase.

Bringing a good balance between cost and benefit, the S20 FE can be a good alternative for those who are in need of a new cell phone now and don’t want to invest in a top-of-the-year smartphone of the year. Considering the rapid evolution in the mid-range cell phone segment, the model is more of a powerful “mid-end” than a high-end model and its main flaw ends up being the absence of 5G. However, the device still has wood to burn.

The Galaxy S20 FE is available in six colors in Brazil

Launched in the second half of 2020, the Galaxy S20 FE (Fan Edition) follows the same guidelines as the old “Lite” line: the product brings the main qualities of the S20 line, but has some cuts to reach an attractive price. In this case, the device adopts a plastic body, brings only 128GB of and 6GB of RAM, Full HD+ screen, while premium models arrive in Quad HD+, and a reduction in quality in the rear camera.

On the other hand, the S20 FE also comes with improvements to please people who like mid-range smartphones, which has helped to expand the smartphone’s success in Brazil. The selfie camera has 32 MP, the battery is more powerful and the display is slightly larger than the one on the S20, at 6.5 inches.

For those interested in performance, the main highlight is the device’s interior. While the device arrived in Brazil with the Exynos 990, Samsung has been selling the S20 FE in the country since May with the Qualcomm Snadragon 865, Qualcomm’s top-of-the-line chip from last year. Thus, the model guarantees quality performance even for the heaviest tasks.

In addition to running heavier games, the S20 FE works well with apps like xCloud.

The cell phone, for example, serves very well for games. In addition to running titles like Fortnite, the 6.5-inch screen works well for xCloud, Microsoft’s game streaming service. In addition, the model is compatible with DeX, Samsung’s function that turns the cell phone into a PC, both via cable and wirelessly.

Content creators can also benefit from the S20 FE. Even in dimly lit environments, the cell phone is capable of taking good pictures. Quality performance also ensures crash-free use of creative apps like Canva and CapCut.

Working with a 4,500 mAh battery, the cell phone with the Snapdragon chip guarantees a pleasant autonomy — the tip is to look for the model with the Qualcomm processor, which offers a slightly better performance than the Samsung solution. Depending on your usage patterns, it’s possible to snatch a day’s worth of use away from the socket.

However, the energy can go away faster when using the screen at 120 Hz instead of the conventional 60 Hz frequency. In this case, it’s to the customer’s taste: while the extra fluidity improves usability, the extra battery can also be useful for the user in certain situations.

Unlike many current devices on the market, the Galaxy S20 FE also comes with charger and headphones in box — the accessory has a USB-C connection, as the cell phone does not have a 3.5 mm input. The power supply offers a fast 25W recharge, capable of powering up 100% of the device in about an hour and a half.

When it comes to operating system, the S20 FE already runs the Android 11 with One UI 3.1, which guarantees some extra usability compared to the standard system. One of the highlights of the system is connections with Windows, even allowing you to use mobile apps directly on your computer.

On the other hand, the user also has to deal with some inconveniences. In addition to Samsung pushing its user services such as Samsung Pay, the interface relies on the Taboola news feed on the home screen — although it doesn’t allow replacement with Google Discover, the function can happily be turned off.

On the support side, the cell phone is among the devices that will receive the next OS update, Android 12 with the One UI 4. In addition, the device is still eligible for another OS upgrade next year. In other words, if you are looking for more longevity of updates, it might be interesting to look for newer devices.

Alternatives to the S20 FE

For those who are in a position to wait and are looking for more power and Android updates, one of the possible alternatives is to wait for the Galaxy S21 FE. Despite not having been announced by Samsung, the cell phone has appeared in multiple leaks and was even approved by Anatel.

Following the standards of the line, the model must have the Snapdragon 888 or Exynos 2100 processor, in addition to specifications similar to the Galaxy S21. The upgrade, even with Samsung’s own chip, would certainly guarantee a nice performance leap, not to mention camera evolutions and extended support for Android. With the arrival of 5G in Brazil scheduled for next year, the trend is that the model will also arrive in the country with support for the new connection standard.

However, betting on your cell phone is like counting the egg before the chicken. The device has reportedly been delayed several times because of the chip crisis and may even be released on a limited basis. With that, even with the device passing through Anatel, the arrival in the country is not guaranteed yet.

If you’re looking for alternatives to the S20 FE, it’s a good idea to keep an eye out for other models that walk the gray line between top of the line and intermediate and may appear in promotions. O Moto G100 it has the Snapdragon 870, an improved version of the chip present in the S20 FE, and brings more battery. Currently, the model already appears with prices around R$ 2,799, a value that can be lower during promotions.

Xiaomi also has the well F3, which can be found in Brazil with values ​​around R$ 2,500. Bringing a triple camera with up to 48 MP, the product also comes with the Snapdragon 870.

In addition to the processor being more powerful than the model present in the S20 FE, both cell phones also have a 5G connection — Samsung mobile is limited to 4G LTE in Brazil. For those who are eyeing the new connection pattern, this is a point worth considering.

Despite already having some time on the market, the Galaxy S20 FE is still able to meet the needs of the most demanding users with its set of quality cameras and powerful processor. With prices reaching around BRL 2,000, the model is a good alternative for those who need to change their cell phone without having to invest in a high-end model — just pay attention when buying and pick up the Snapdragon model, which guarantees better autonomy of battery.

However, for those looking for advanced technologies, it’s worth keeping an eye on newer competitors. After all, Samsung’s cell phone does not support 5G in Brazil, which may be an important point for many users, and it will receive its latest system update on Android 13, which will be released in 2022.