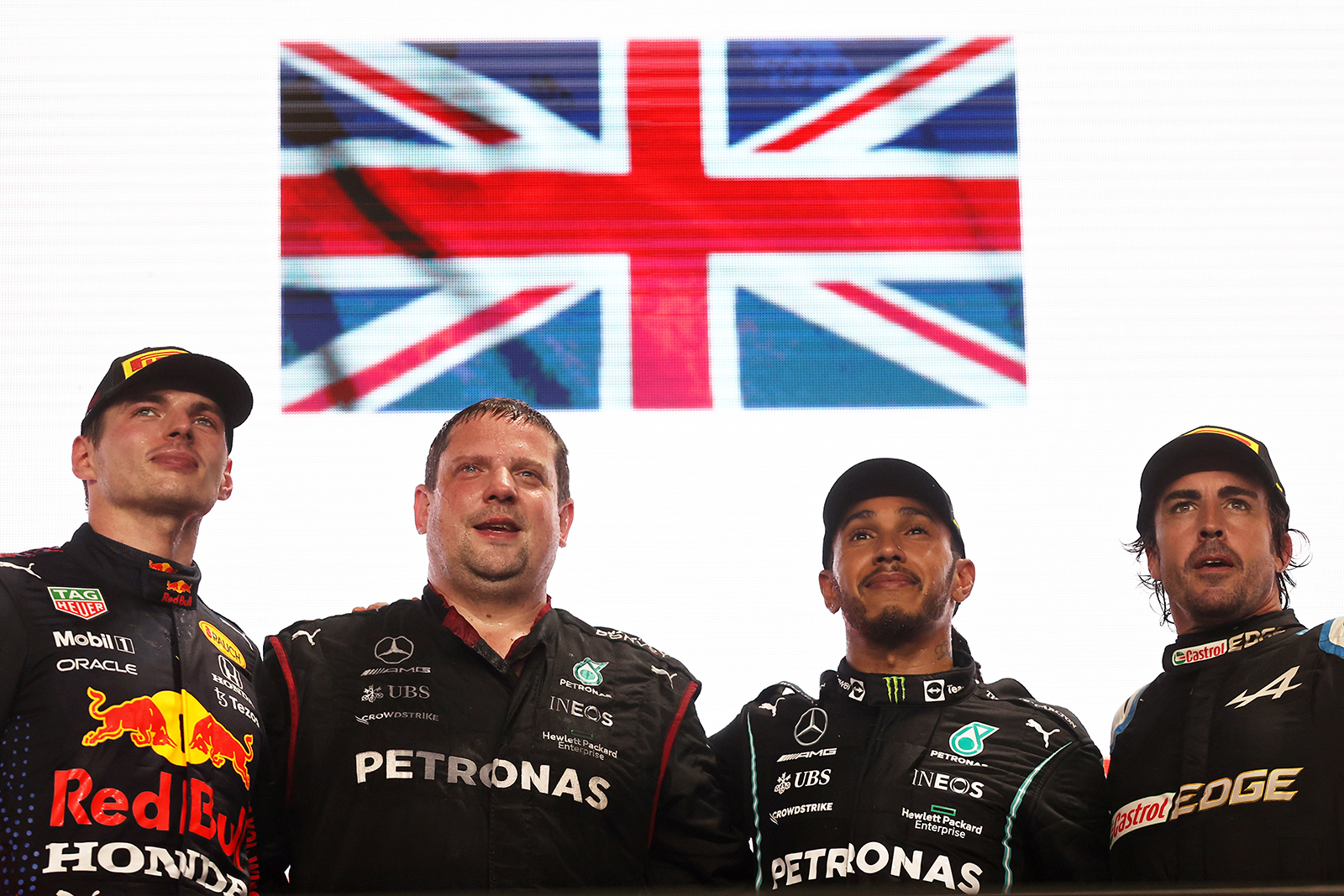 Lewis Hamilton got the better of the debut of the Qatar GP on the 2021 F1 calendar. The Mercedes Briton beat Max Verstappen by 25s743 this Sunday (21) to reduce the Dutchman’s lead in the 2021 World Cup to eight points.

Check out the pilots’ statements:

Fernando Alonso, third: Alonso is thrilled with the podium in Qatar after 7 years of fasting: “Fuck! I’ve waited so long”

Sergio Pérez, room: Pérez laments the virtual safety-car in Qatar: “We had the podium in our pockets”

Esteban Ocon, fifth: Ocon extols “exuberant” Alonso and distance to AlphaTauri: “It feels like a victory”

Throw Stroll, sixth: Stroll is thrilled to be 6th in Qatar and praises Aston Martin: “Reward for hard work”

Yuki Tsunoda, 13th: “It was a particularly tough race, I had a lot of difficulty with the soft tyres, especially on the first stint. We weren’t really expecting that as overall we had a good pace this weekend, but today it’s really slowed down in the race so we have to look at the data and understand why. It was a real shame as Alpine had a very strong race today so we need a strong reaction in the last two races.”

Kimi Raikkonen, 14th: “I was surprised with the overtaking we were able to make. In the end, it was a fun race. I didn’t expect much at the start, maybe to be able to race with some people as the cars were basically the same as yesterday, but we had a good start and things got better as the race went on. I had some good battles and by the end we were getting closer to McLaren and AlphaTauri, who were up front. I think we achieved everything we could in this race.”

Antonio Giovinazzi, 15th: “We did as much as we could. I think nothing beyond 15th was possible for today. We had a great first lap, gained four positions, and then we had some good battles for the rest of the night. Yesterday we struggled, but we knew that with a good race we could finish ahead of Haas and Williams — and that’s what we did. We went for two stops, as wear and tear was high and the zebras here are tough, and in the end, we were faster than our rivals. Taking into account where we started, we are satisfied with our race today.”

Mick Schumacher, 16th: “It was good, and we can be happy with what we’ve achieved today. We made the strategy we chose work. The start was pretty decent, we caught Latifi at the start. The car’s performance was there, and we were right at the window. We were very close to Alphas, which was what we were hoping for, but otherwise not from the beginning of the year. It’s due to our teamwork committing ourselves to understanding the car as well as we could and working with what we had. We are still finding new things, new ways to improve.”

George Russell, 17th: “We had an aggressive strategy today, and we tried to force our final stint to be as long as possible. With the high-speed right-hand corners of the circuit, the tires would be pushed to the limit, but we needed to be that aggressive to be in the fray with Alfa Romeo. Unfortunately, the left front broke out with a few laps to go, things that happen. It was sad that our race ended like this, but ultimately, we didn’t win or lose anything, as our rivals didn’t score points.”

Nikita Mazepin, 18th: “We were hoping the tires would do one thing and we went from medium to soft, and it looks like the car’s balance was going too far at the end of the first stint. I did some decent laps at the end. I certainly didn’t drive like they were racing tyres, I drove like they were qualifying tyres, learning the track with every lap. It was a very hot race. Our goal was to do laps and maximize. It wasn’t the easiest, but it’s another new track in the mix for next time.”

Nicholas Latifi, did not complete: “We tried to make the one-stop strategy knowing it would push the tires to the limit, but we thought we could manage. What was surprising is that I had no idea the tire was about to burst, so unfortunately we couldn’t adjust our strategy in time. Even after George had to stop again, I still think I could finish the run on the game I was using since I was feeling pretty good. Overall, I think the strategy was worth the risk, especially after we lost track position to Alfa Romeo, because we couldn’t do anything else. It’s sad that the race didn’t work out, because the car turned out to be very good at this circuit, but that’s how things go sometimes.”

Valtteri Bottas, did not complete: Bottas justifies bad start and laments puncture in tire: “We could be on the podium”