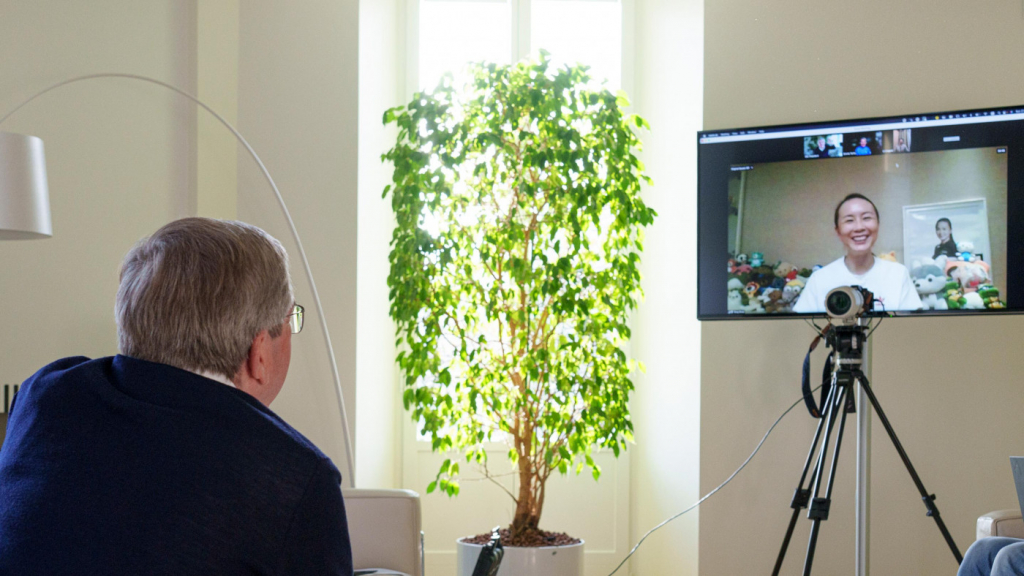 According to a statement from the committee, Peng Shuai said he is living in his home in Beijing and would like his privacy to be respected.

Amidst suspicions about her whereabouts and her physical integrity, the Chinese tennis player Peng Shuai made in a video call this Sunday, 21, with the president of the International Olympic Committee (IOC), Thomas Bach, and claimed to be “safe and well”. In a statement, the IOC says that the call lasted 30 minutes and that the former world number 1 in doubles thanked the concern for her well-being. The note also points out that the sportswoman from China he explained that he is living in his home in Beijing and asked that his privacy be respected at this time. “That’s why she prefers to spend time with friends and family now. Even so, she will continue to be involved in tennis, a sport she loves so much.” The IOC statement ends by saying Bach has called Shuai for dinner in January, when he will be in Beijing, and that she has accepted the invitation.

The tennis player has not been seen publicly since Nov. 2, after accusing former Chinese Vice Premier Zhang Gaoli of sexual abuse. So far, neither Gaoli nor the Chinese government has responded to the allegations. This Saturday, some images of Peng Shuai were released by Chinese journalists whose Twitter accounts are classified as ‘media affiliated with the Chinese government’, which aroused suspicion. Earlier, some images of the tennis player at a tournament in Beijing also appeared. However, the Women’s Tennis Association (WTA) challenged the authenticity of the records. An association spokesman told the Reuters that the images were “insufficient” and did not respond to the WTA’s concerns. The case of Peng Shuai gained worldwide repercussion and led countries like the United States and the United Kingdom to ask for evidence of the whereabouts and safety of the tennis player.