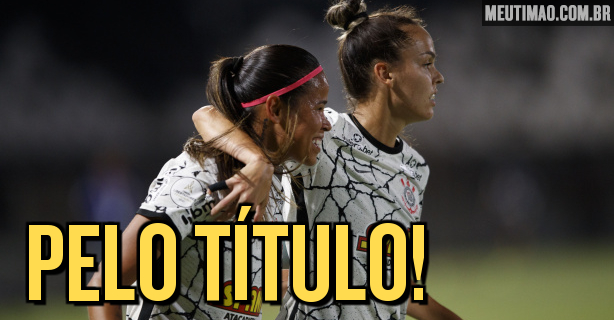 Corinthians is scheduled to take the field in the fight for the tri-championship of the Women’s Libertadores. Coach Arthur Elias has already set his starting 11, facing Independiente Santa Fé, from Colombia, soon, at 20:00, at the Gran Parque Central stadium.

The Corinthians coach had no new absences from the match, apart from the known loss of Erika, who tore the anterior cruciate ligament in his knee during the competition. Thus, Arthur Elias scaled his team with maximum strength and defined the Brabas with Kemelli, Katiuscia, Gi Campiolo, Yasmim, Juliete, Diany, Gabi Zanotti, Tamires, Gabi Portilho, Vic Albuquerque and Adriana.

Alvinegra team arrives for the match with 100% success in the competition: there are five games and five victories, with 22 goals scored and only two conceded. The Corinthians ranked first in the group stage, eliminated Alianza Lima, from Peru, in the quarterfinals, and dispatched Nacional, from U0ruguai, in the semi.

Timão tries its third title after being champion in 2017 and 2019. The match will be broadcast on na FoxSports and on Conmebol TV, besides the Facebook of the Women’s Liberators. It is also possible to follow the match in real time from the my helm, which starts half an hour before the ball rolls, at 7:30 pm.