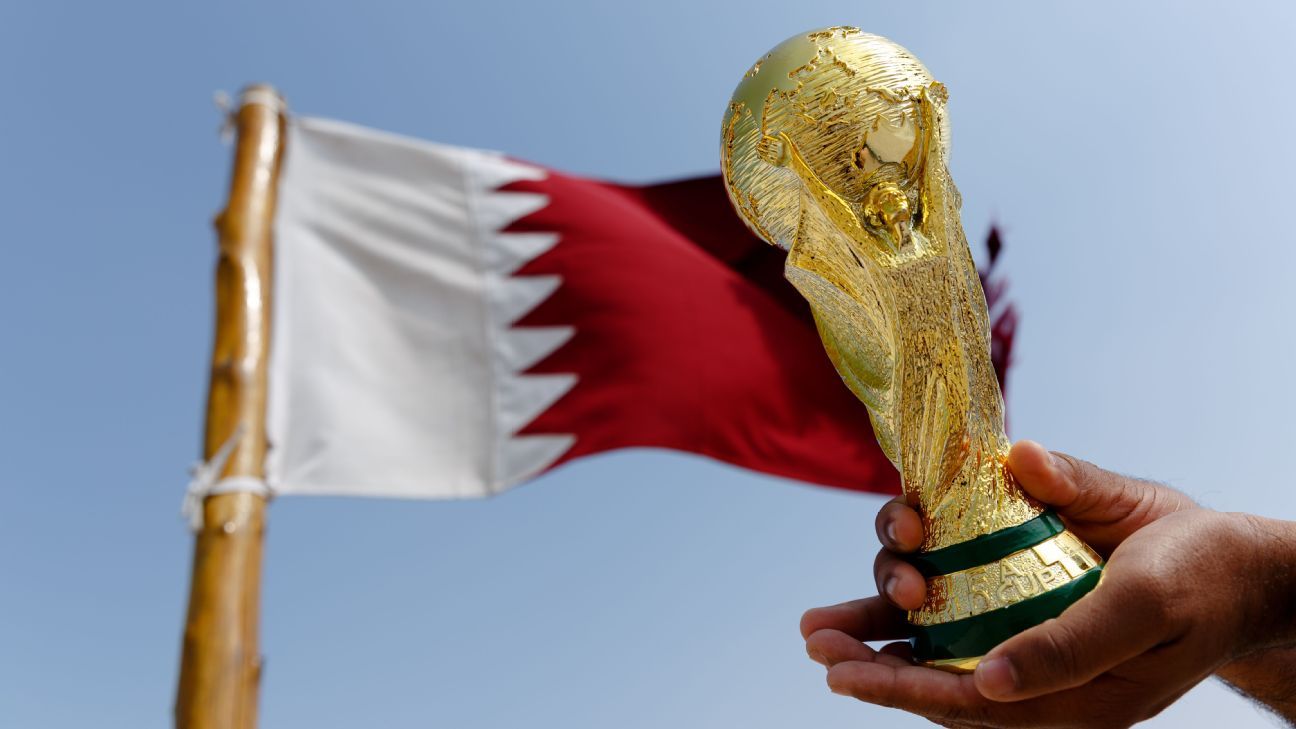 The World Cup in Qatar will start exactly one year from now, and 19 seats are still undefined

We are exactly a year away from the beginning of world Cup of Qatar. With 365 days to go before the ball rolls to the 2022 edition of football’s most famous tournament, see what remains to be defined on each continent.

So far, we only know 13 of 32 participants. In addition to the host Qatar, two representatives from South America are already classified (Brazil and Argentina) and ten from Europe (Serbia, Spain, Switzerland, France, Belgium, Denmark, Netherlands, Croatia, England and Germany).

The latest FIFA Date determined all ten classified for the third and final phase of the qualifiers. There will be five round-trip duels in March 2022 which will define the African representatives – the duels will take place after the next edition of the African Nations Cup, which will take place between January and February. The teams are separated into two pots, and the draw for matches will take place on December 18th.

Of the teams in pot 1, only Algeria was not in the last World Cup – Egypt was the other African representative in Russia. The Algerians reach the final stage of the qualifiers with a long unbeaten record and as African champions of 2019. The Democratic Republic of Congo will try to return to the World Cup after having participated for the last and only time in 1974, when the country was still called Zaire. Mali is the only possibility of an African rookie in the Cup.

While Brazil and Argentina have already secured themselves in Qatar after playing in 14 of the 18 rounds of the Conmebol qualifiers (both teams still have a game in hand to play between them), the two direct spots and the spot for the repechage are still open for the final four rounds. It is true that the rating of the Ecuador (23 points) and the elimination of the Venezuela (seven) are close, but the situation is very undefined for Colombia (17), Peru (17), Chile (16), Uruguay (16), Bolivia (15) and Paraguay (13).

Regarding the continent’s representatives at the last World Cup, Ecuador is taking over from Uruguay, while the Peruvian team would be repeating the trip to the intercontinental play-off.

The last four rounds will be played on two FIFA Dates (end of January/beginning of February and end of March).

The final octagonal still has nothing resolved after playing eight of the 14 rounds. Anyway, Canada (16 points), U.S (15), Mexico (14) and Panama (14) have already distanced themselves in the fight for the three direct spots and for the fourth place that leads to the repechage. Costa Rica (nine), Jamaica (seven), El Salvador (Know if Honduras (three) complete the dispute.

The excellent campaign of Canada is noteworthy, which has not competed in the final phase of the Concacaf qualifiers since 1998, has not been to the World Cup since 1986 and is undefeated so far – this week, the selection achieved its first victory against the Mexicans in 21 years. On the other hand, Costa Ricans are staying out after two consecutive participations in World Cups, with an emphasis on the quarterfinals in 2014.

The last six rounds will be played on two FIFA Dates (end of January/beginning of February and end of March).

After playing six of the ten rounds of the third and final phase of the qualifiers, the only definition is that the Vietnam, set to zero in group B, has at most a chance to go to the recap. In the same key, Saudi Arabia (16 points), Japan (12) and Australia (11) stand out in the dispute for the two spots directly against each other in the repechage. Oman (seven and China (five) appear right behind.

In group A, Will (16) and South Korea (14) walk freely towards Qatar. The dispute in the recap is fierce between United Arab Emirates (six), Lebanon (five), Iraq (four) and Syria (two).

It is worth remembering that those directly classified at the moment – ​​Iran, South Korea, Saudi Arabia and Japan – were at the World Cup in Russia, while Australia qualified by beating Honduras in the repechage.

The last four rounds will be played on two FIFA Dates (end of January/beginning of February and end of March). The two third-place finishers will face off in a continental playoff with round-trip games in May or June. The winner qualifies for the intercontinental playoff.

The champions from each of the ten brackets qualified directly to the World Cup, while the runners-up go to the second phase alongside Austria and the Czech Republic, who qualified because of their respective performances in the League of Nations.

The last three classified to the World will be the champions of each of three ‘mini tournaments’, which have four teams each. The teams face each other in semifinals and finals in a single game. Each mini-tournament consists of two duels between selections from pot 1 against selections from pot 2.

The teams are distributed as follows:

Thus, Italy and Portugal cannot face each other in a mini-tournament semifinal, but could play in the decision if they fall in the same bracket.

The draw will take place this Friday (26th), and the playoff games will be played at the end of March 2022. Northern Macedonia is the only possibility for a European rookie in the next World Cup.

This is definitely the most curious story of the qualifiers, as the Oceania competition hasn’t even started. After postponements due to the COVID-19 pandemic, the tournament is likely to take place in March to determine which team will compete in the intercontinental play-off in June.

Initially, the qualifiers would be played with the 11 teams from the confederation divided into two groups based on their positions in the FIFA rankings. The top two in each group would go ahead with the semi-finals and final being played in a round-trip game.

However, there is still the mystery of how the representative of Oceania in the recap will be defined.

One representative from Oceania, one from Asia, one from South America and one from Central America/North America will go to this phase. The draw to define which continent faces which will be held next Friday. The two repechage duels will take place in a single game and neutral ground, unlike previous editions, in which there were round-trip matches.