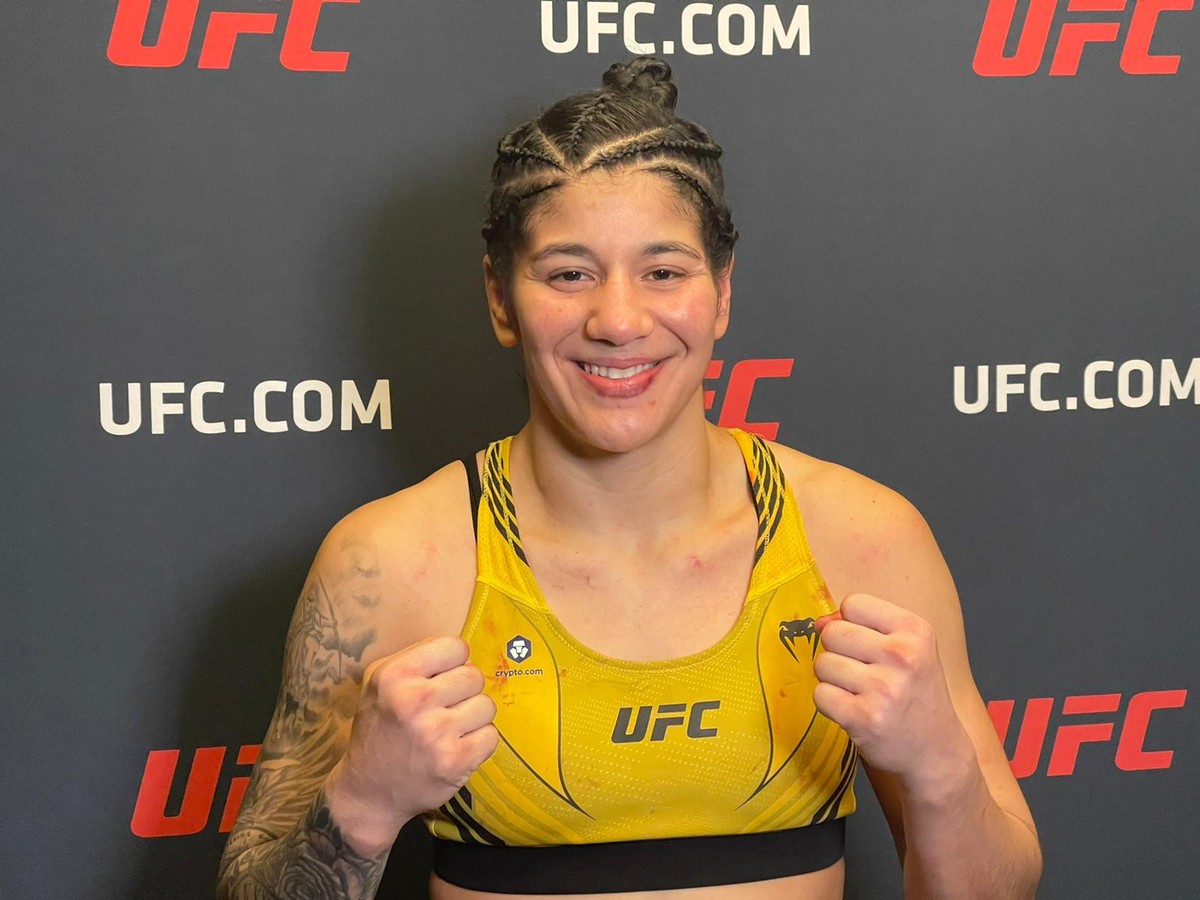 Ketlen Vieira was ecstatic after last Saturday’s fight in Las Vegas. She beat former champion Miesha Tate in a five-round match, in which she won by unanimous decision (48-47, 48-47 and 49-46), and thus puts herself in the debate for a chance at the bantamweight belt (up to 61kg). In an interview with Combat, she said she was happy with her own performance, hopes to reach the top 5 and points out duel as a watershed.

– I would fight a former champion who is in her best phase, she is “sheipada”, she was doing very well. I knew it would be a tough fight, and it was a tough fight, but I’m really happy to have been able to fight five rounds with Miesha’s best version. I am very happy!

The 30-year-old fighter from the Amazon, a member of the Nova União team, admitted that she was surprised by her opponent’s grappling fight.

– I knew she had a very good wrestling, but when I got in her leg in the first round to give it a try, since I was at the end, I saw that she really is above average and very fast, very explosive. This surprised me a lot! (…) Thank God I listened to my corners, and I was also able to acquire a little more experience in this fight. It was very important to fight five rounds with a tough athlete, this will add a lot to my life as an athlete, and for one day I will be dreaming of fighting for the belt. It was a very important step (…). It was the most important fight of my career! Of course they are all important, the next one will be more important, but this one was definitely a watershed in my life, on top of a very tough athlete and former champion.

Now the owner of a record with 12 wins and two losses, Ketlen Vieira should climb a few steps in relation to the seventh position he occupies today in the ranking of the bantamweight category.

– I think I took a step very close (to the title dispute). Let’s see what the UFC decides. I’m focused on the next fight that comes, whoever they send me I’m ready, I’ve never chosen an opponent and now it won’t be any different. I’m sure what’s mine will be mine. At the right time it will arrive (…). Next week I’m ready (to go back), I didn’t get hurt, I’m living a very good moment in my life where I’m focused, regulated, and now whoever shows up I’m ready. I love doing this, that’s what I chose for my life.

On December 11, bantamweight champion Amanda Nunes defends her belt against Julianna Peña, now number 4 among the challengers. Of those ahead of Ketlen on the list, only Irene Aldana, Aspen Ladd and Yana Kunitskaya did not face the champion. The Mexican beat the Russian in the last fight and could be the next to have the chance, while Ladd is coming off a featherweight loss to Norma Dumont.

– I believe this fight will put me in the top 5, let’s see how it will change (the category), there will be a title fight now and let’s see what will happen.

UFC Font vs. Aldo: duel of candidates for the bantamweight title you watch live only in Combate!