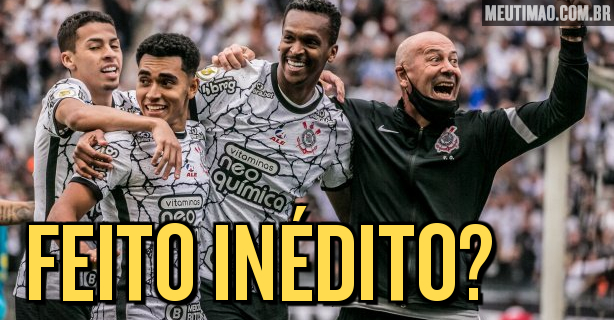 In the final stretch, there are only four rounds for the Brazilian Championship to end. Corinthians, in turn, continues to seek to remain in the G4 and get a direct spot for the Libertadores. For this, it would be very important to earn as many points as possible. However, since 2003, Timão has never won the last four games in the competition.

Starting in 2003, when the system of running points in Brasileirão was established, Corinthians carried out different types of campaigns. In addition to the Serie A titles in 2005, 2011, 2015 and 2017, and Serie B in 2008, the Parque São Jorge club also went through low moments. Currently in the top squad, Timão wants to enhance its campaign even more.

Thus, winning the last four games of the competition would make Sylvinho’s team reach the 65 points. Historically, it hasn’t happened, that is, it may be an unprecedented feat for the current cast. The 12 points in dispute in this final stretch will be against Ceará, Athletico, Grêmio and Juventude.

The closest to achieving this feat came in campaigns for 2014, when Corinthians won three games and lost one (in the 37th round, to Fluminense), from 2011, when he had three wins and a draw (in the 38th round, against Palmeiras), in Series B, in 2008, also with three wins and one loss (in the 38th round, against América-RN) and in 2004, in the same situation, when they lost to São Caetano in the first game of the sequence and won the last three.