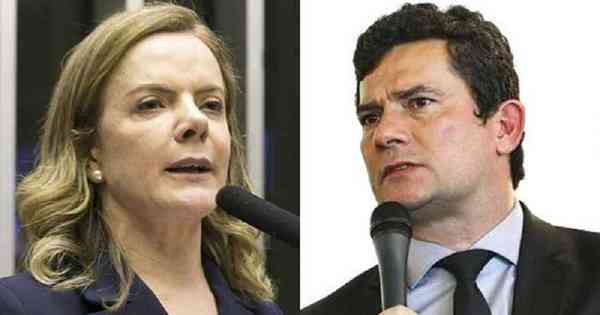 The president of the Workers’ Party (PT), Gleisi Hoffmann, said this Wednesday (11/24), in an interview TV Forum, That pre-candidate for President Sergio Moro (We Can) is a spy for the CIA, the United States’ intelligence agency.

“This business of selling Petrobras, which was created to strengthen the Brazilian State on top of our oil production capacity, is nonsense. The US wages war with the world for oil, invades countries, kills… not here. They just needed Moro, who was trained at the US Department of Justice, to dismantle one of the largest companies in the world”, said the deputy.

Rumors of the involvement of Moro and the CIA began to circulate when the former minister was still a judge at Car Wash, in 2016. This is because an official document from US authorities, which mentioned the name of the then judge, was leaked by the Wikileaks website .

The document, a report sent from Brasilia to the United States, narrated what a conference on money laundering held in 2009 in Rio de Janeiro had been like, with the participation of agents from the United States, Brazil and other countries in South America.

According to this report, Sergio Moro and former minister of the STJ (Superior Court of Justice) Gilson Dipp were in Brazil. Both had already worked with the theme of money laundering and, according to the report itself, were there to exchange experiences with other countries.

This type of conference is common in the judiciary. Therefore, the news that Moro would be trained by the CIA was not enough of a fake news.