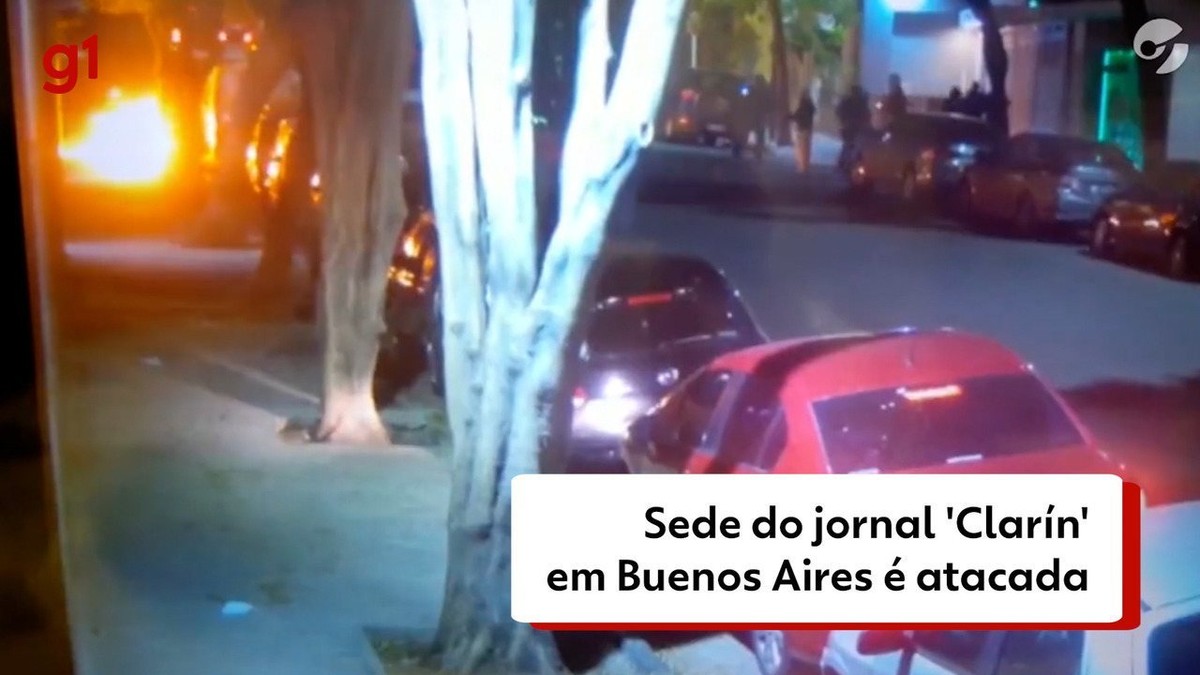 The headquarters of the newspaper “Clarín”, one of the main ones in Argentina, was attacked with Molotov cocktails on Monday (22). The action was recorded on video and, according to the newspaper, the attack took place at 11 pm.

In the images taken by security cameras, it is possible to see that the group, across the street, throws explosive devices at the building.

The group is interrupted by the passage of two buses, but then returns to throwing Molotov cocktails at the building that houses the “Clarín”.

The president of Argentina, Alberto Fernández, said on a social network that he repudiates the act against the newspaper’s headquarters and said that the violence “alters democratic coexistence”.

“We hope that what happened is clarified and that the authors are identified based on the investigation that is already underway”, wrote the agent.

Former president Mauricio Macri also said: “The attack is a very serious attempt to frighten a media outlet and the entire press. An unacceptable fact that recalls the violent practices of the past. I repudiate aggression and sympathize,” he said.

The video was taken to court to open an investigation.

In a statement, Grupo Clarín stated that it regrets and condemns the serious act, which initially appears to be an expression of intolerance against a media outlet.

Firefighters arrived quickly at 23:15, according to the newspaper. The flames had already gone out. There were no injuries or material damage.