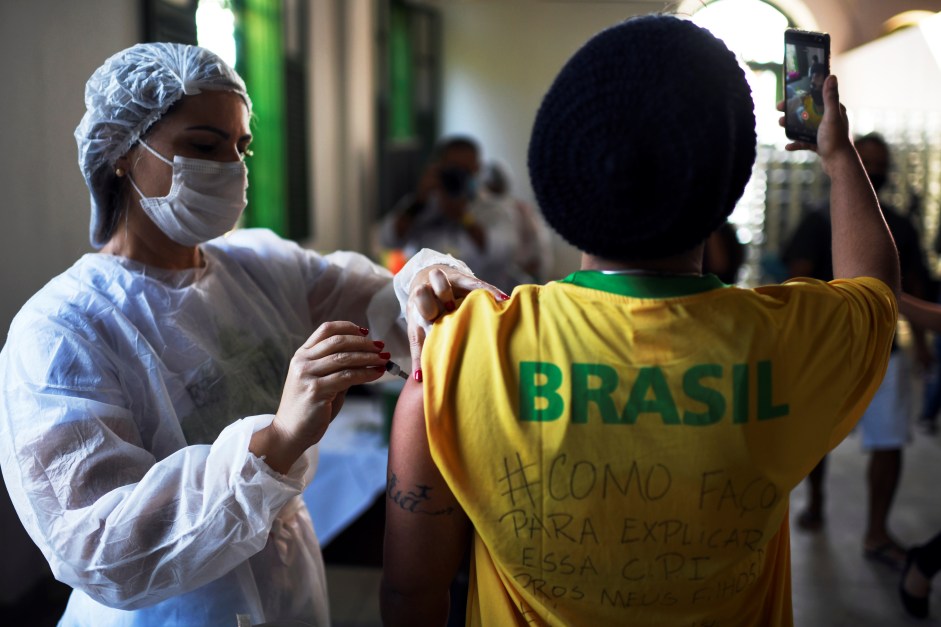 Several countries around the world are entering a fourth wave of Covid-19 infection, according to the World Health Organization (WHO). Meanwhile, Brazil advances with complete immunization with two doses of the vaccine, surpassing countries like the USA.

This Tuesday (23), Brazil surpassed the mark of 80% of the adult population with the complete vaccination schedule, according to a survey by the Agency CNN.

“Comparing vaccination with Formula 1, we are that racing driver who started back there, but gained positions”, says Álvaro Furtado, infectious disease physician at Hospital das Clínicas, Faculty of Medicine, University of São Paulo.

“Brazil took to start vaccination, but if we continue at this pace and if there are no new variants, our chance of escaping a new peak is great”, he says to CNN Gonzalo Vecina, founder and former president of the National Health Surveillance Agency (Anvisa).

For the experts consulted by the CNN, three big points work in Brazil’s favor so that the chance of a fourth wave is less likely here.

The first is cultural. This explains why vaccination is advancing in Brazil while it is slowing down in various parts of the world. In Brazil, we have 60.04% of the population fully vaccinated and we are maintaining a pace of at least 1 million doses administered daily.

In the United States, the refusal of part of the population to receive the vaccine is reflected in the slow advance of vaccination and 57.95% of the population is fully vaccinated. The country managed to administer four million doses a day. But today, it doesn’t vaccinate a million people a week.

“Brazilians saw very closely the harm that the pandemic did, both in terms of deaths, health and the economy. And it counts on adherence to vaccination”, says the infectologist.

For Vecina, the great differential of vaccination in Brazil is the implementation of the National Immunization Plan (PNI).

“The PNI brought this vaccine culture and this has helped a lot now”, he explains.

In the US and much of Europe, where cases re-emerge before winter comes, there are no vaccination campaigns like those that have been taking place here for over three decades.

“In the United States, the person has to pay to get vaccinated”, says Vecina. So, adding this lack of vaccine culture to the lack of information and the dissemination of false news – all this ends up preventing greater adherence to immunization.

In the United Kingdom, one of the countries that started vaccination last year, the percentage still did not exceed 70% of the population fully vaccinated (69.69%).

Just this Tuesday, the country registered more than 41 thousand new cases. In Germany, which is experiencing a new outbreak (in the last 24 hours there were 51,000 new infections), the rate is 67.43% of fully immunized.

In Austria, where a new quarantine was decreed, the number of daily cases exceeds 14,000. The vaccination rate, however, is no more than 64.58%.

“In these countries [europeus], in addition to the pace of vaccination having stopped, they are taking a long time to adhere to the third dose. This is an advantage for us, because we’ve already gone ahead at this point, vaccinating the elderly and releasing them now for those over 18”, says Furtado.

Another circumstance that plays against Europe is the average age of the population. As they are countries with a higher percentage of older people – and, consequently, with a more vulnerable immune system – the continent becomes a gateway for new infections, especially with the low pace of booster vaccination.

Also according to experts consulted by CNN, another factor that helps Brazil stay away from the possibility of a new wave is the use of masks.

According to a survey by the National Confederation of Municipalities (CNM), carried out between November 16 and 19, the use of masks remains mandatory in 97.8% of municipalities.

(With information from Kaluan Bernardo and Carolina Figueiredo, from CNN in São Paulo)