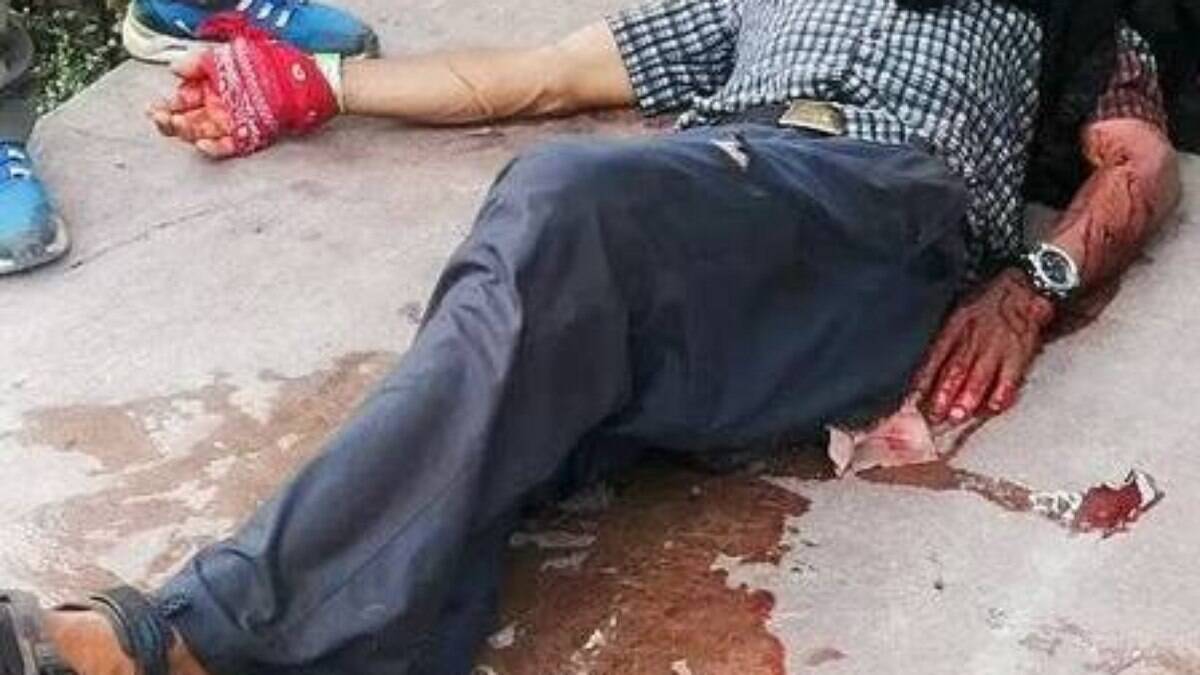 A tourist was attacked at a theme park in Cagayan de Oro (Philippines) after approaching a real crocodile believing it to be a plastic copy that served only as a full-size ornament.

Nehemias Chipada, 68, was attacked by the 10-foot-long predator after entering an enclosure to take a selfie with the “sculpture”. His family watched as the crocodile dragged the tourist into a swimming pool, the “Daily Mail” reported. The incident took place on November 10th.

Nehemias was celebrating her birthday with family members.

Screaming for help, the Filipino managed to get rid of the crocodile on his own, being assisted on the spot by an emergency team until the arrival of paramedics. A sheet was wrapped around the injured arm to stop the bleeding.

The attack was so aggressive that a three-inch tooth from the reptile was embedded in the tourist’s flesh.

The tourist’s left arm in Amaya View Park was badly injured, with some fractures. He also suffered an injury to his right hand and right thigh. Nehemias underwent several surgeries after being taken to a hospital in Mindanao. The tourist’s family criticized the park management for not warning that there was a real crocodile in the place.

The park management agreed to pay the medical costs, but denied negligence.