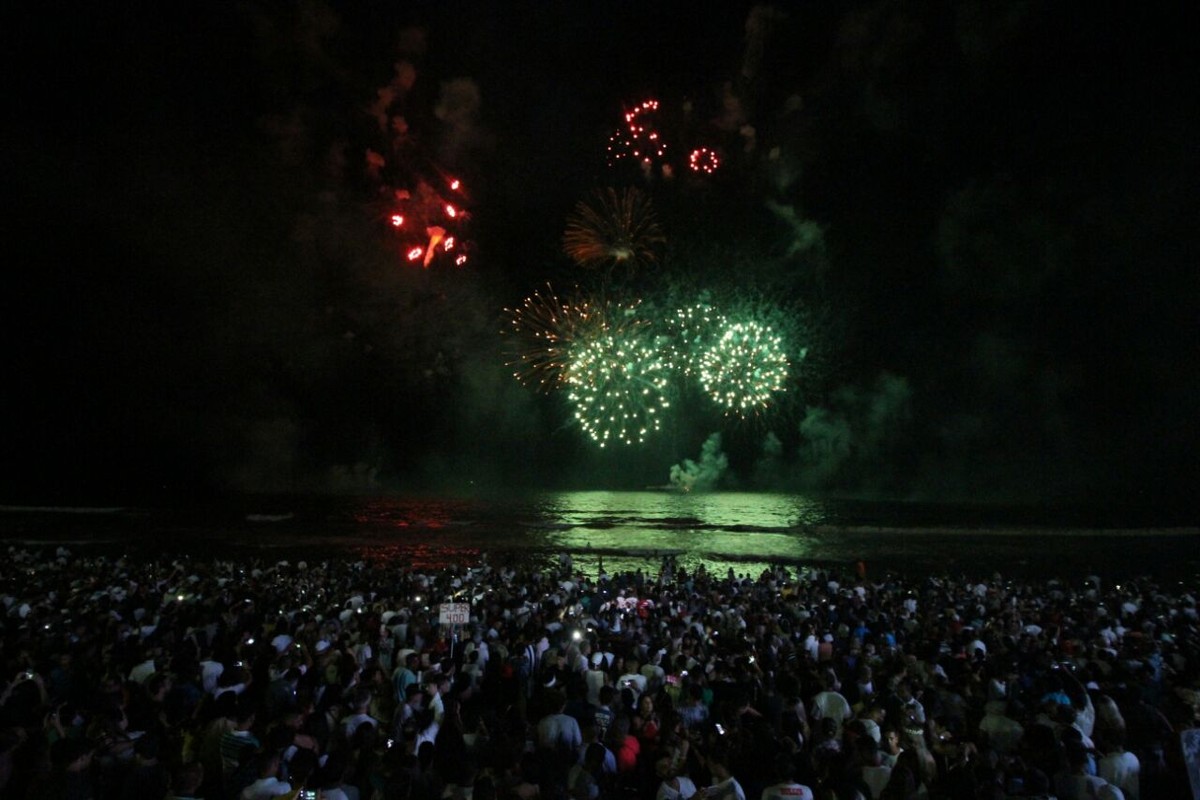 The Pernambuco Academies of Science (APC) and Medicine (APM) issued a joint note, this Thursday (25), with a warning about the risks of holding the end of the year festivities and Carnival in the state, given the persistence of the Covid-19 pandemic. In the text, they ask that agglomerations be avoided to avoid a new wave.

The two entities point to the increase in cases in countries like Germany and the Netherlands as a warning sign for Brazil. The document was directed to the state government and also to society, according to the president of the APC and professor at the Federal University of Pernambuco (UFPE), Anísio Brasileiro (see full note below). Besides him, the doctor Hilton Azevedo, president of APM, signs the text.

“Science understands that the increase in Covid cases in Europe, the easing of measures related to the non-use of masks and the creation of agglomerations can be fatal from the point of view of a possible resumption with intensity of Covid-19 in Pernambuco”, he said.

Anísio Brasileiro is a professor at the Federal University of Pernambuco (UFPE) and president of the APC — Photo: Reproduction/TV Globo

Europe accounts for more than half of the world average of infections in the last 28 days, according to the survey, this Thursday (25), by the American University Johns Hopkins. Lockdown, valid passport and vaccination are among some of the measures adopted by European countries.

“It is impossible to maintain the rules of social distancing and wearing a mask in a festive context of this nature [carnaval e Ano Novo]. It’s too risky. The probabilities of contagion increase exponentially with the agglomerations”, declared Brasileiro.

The moving average of Covid cases, in Pernambuco, reached 260 this Thursday. This means a 22% drop compared to November 12, when the average was 336 cases per day.

The average of deaths, which is in ten confirmations, is 10.31% higher than the average of 15 days ago, when seven deaths were registered daily.

This week, the city of Carpina, in the Zona da Mata in Pernambuco, announced the cancellation of the festivities of Reis and Carnival events for next year.

“The pandemic is not under control, it comes and goes in waves. It’s an alert and a request […] so that it is avoided, so that these agglomerations that can cause the increase of Covid do not happen”, declared the president of the APC.

The professor stated that he understands that festivals, especially carnival, are part of culture and are important.

“We know that tourism is very important, we know that events generate income, but we need to make a great effort now”, he said, adding that he believes that, going through these dates without crowding, it is possible to have a return to normality in 2022.

WHO: Europe concentrates 60% of Covid-19 cases and deaths but no country is out of danger

More than not holding large events that generate agglomeration, Brasileiro pointed out that it is necessary to advance in vaccination against the disease.

“It’s no use not having anything and not vaccinating. You have to vaccinate, wear a mask and avoid unnecessary agglomerations in the current situation”, he declared.

Until Wednesday (24), 5,570,112 people living in Pernambuco completed their vaccination schedules, which is equivalent to 72.41% of the population. For Brazilians, the ideal is to reach at least 80% by the end of this year.

“The experience around the world, over the decades, is that the only way to fight the virus is through vaccination”, he stated.

Brasileiro stated that, at the end of the year, he believes it is possible to hold family meetings, but reinforcing the request for care.

“It’s in the nature of the human spirit [querer estar junto]. Humans are cooperative, they want to be together, but for that they need to be vaccinated, that they wear a mask, so that we don’t have a relapse,” he said.

The g1 contacted the state government to find out if they would comment on the joint statement from the academies, but did not receive a response until the last update of this report.

Earlier, when Carpina announced that it would cancel the carnival events, the state had said that there is still no definition on whether or not to carry out the 2022 carnival in the state.

“In recent days, Europe has had a daily average of 250 to 300 thousand new cases of COVID-19 and 3500 to 4300 deaths per day from the disease. In fact, the moving average of the last 7 days (MM-7 ) of confirmed cases in the UK increased 11-fold from June 1st to 11/21/2021. In Germany, the increase was even higher reaching 17-fold. We are actually in a fifth wave of pandemic sweeping the old continent. Several countries like UK United, Germany, France, Austria, Netherlands and Denmark are resuming the use of strong sanitary restrictions.

The increase in cases in Europe is due to the relaxation of restrictive measures, mainly concerning the non-use of masks and the permission of agglomerations (European Championship, for example) in addition to the reduced vaccination in some countries such as Russia. What is happening in Europe is a preview of what could happen in Brazil in 2022, as the current risk in Brazil is higher, for example, than in Spain, when it started to relax restrictive measures with a higher vaccination rate than ours.

If the end-of-the-year and Carnival agglomerations occur, with a very high probability, we could come to repeat in 2022 restricted or partial lockdowns with disastrous consequences for our already weakened economy. It is more than scientifically proven that even though vaccines are the most effective method of controlling pandemics, other measures are needed, as countries that vaccinated high proportions of their populations, but relaxed health security measures, saw new waves of the pandemic emerge. with a lot of aggressiveness.

Vaccination is a very important strategy to substantially reduce the number of deaths resulting from infection and severe cases, avoiding hospitalization. The use of masks, social distancing and the prohibition of unnecessary agglomerations are essential for us to get out of the critical situation we have been experiencing since March 2020. It is known that the probability of contagion increases exponentially with the size of any agglomeration and there is no the smallest possibility of New Year’s Eve parties and, especially, carnival, a grandiose event, taking place while respecting security measures.

In these circumstances, the end of the year festivities and carnival bring the concrete possibility of generating a new outbreak of the pandemic, which is why we alert public authorities to assume responsibility for preserving the health and life of the population, continuing with the vaccination for all, maintaining social distance and the continuous use of masks, which are essential conditions for the control and overcoming of the COVID-19 disease.

Most watched VIDEOS of Pernambuco