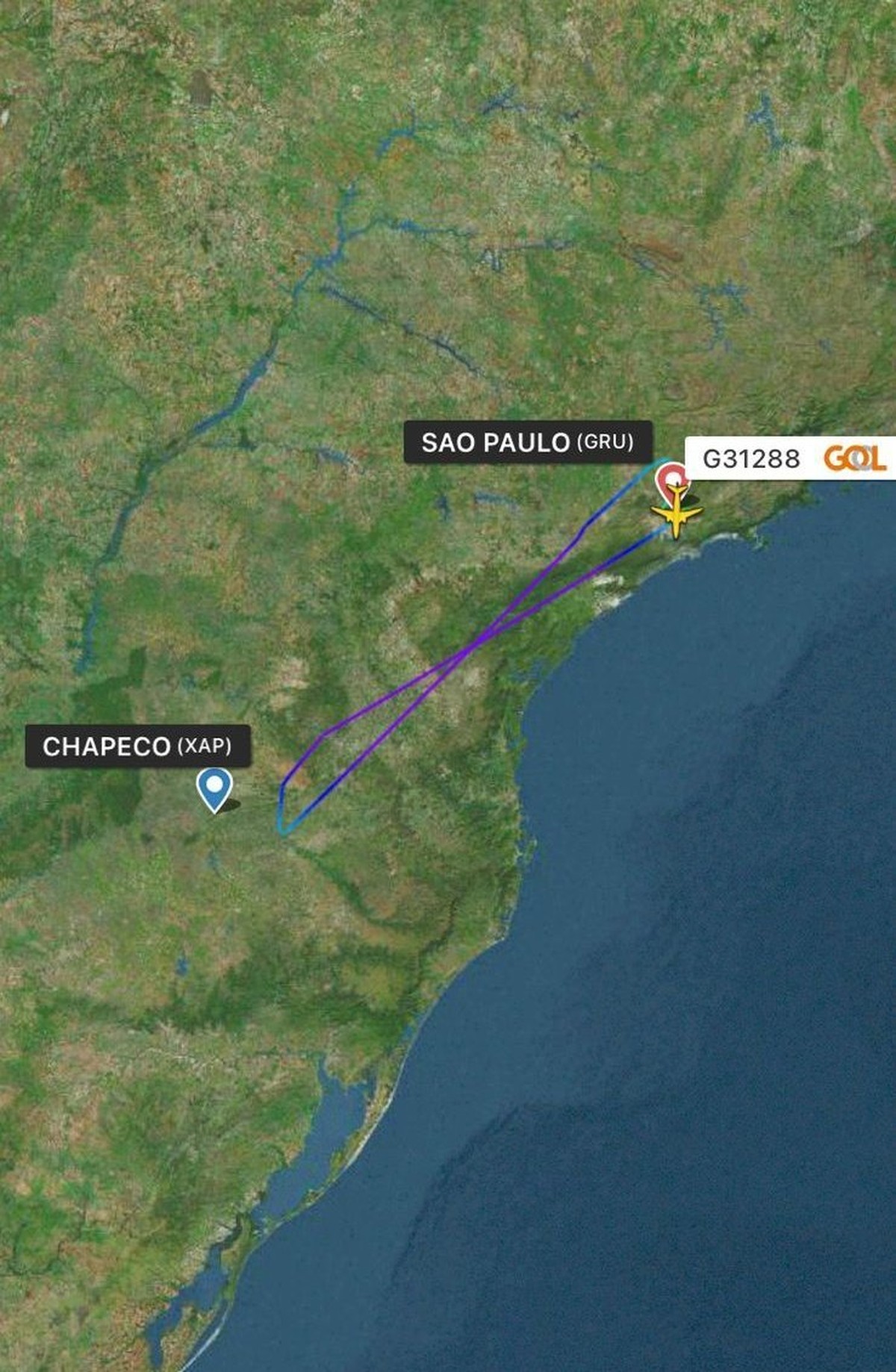 Due to bad weather, the Atlético-GO delegation was unable to land in Chapecó for this Friday’s game, against Chapecoense, valid for the 36th round of the Brazilian Championship. The flight had to return to São Paulo, where the rubro-negro players will spend the night this Thursday.

According to Dragão’s press office, the aircraft’s commander started landing in the Santa Catarina city, but had to cancel the descent due to bad weather and strong turbulence.

The plane returned to Guarulhos Airport, on a trip that took another 3h30, according to the club from Goiás.

Atlético-GO’s board contacted the CBF, but still does not have a position regarding a possible change in the match date, which is scheduled to start at 9:30 pm this Friday.

The red-black delegation still does not know when it will be able to board a new flight to Chapecó. The CBF’s decision regarding whether or not the game should be played should be taken this Friday morning.

Atlético-GO players at the airport after returning to São Paulo — Photo: Comunicação / ACG

Around 6pm this Thursday, the Atlético Goianiense delegation continued on its way to Chapecó-SC, departing from Guarulhos-SP Airport. However, due to adverse weather conditions it was not possible to land at the local airport.

The aircraft tried to start the descent, however, it was impossible to continue due to the strong turbulence. With that, the captain decided to return the plane to Guarulhos-SP, in a process that lasted about 3 hours and 30 minutes.

After the scare, the Athletic delegation waited at the airport to go to the hotel for another 50 minutes. The club contacted the

@CBF_Futebol and @fgofutebole awaits the official position of the entity.