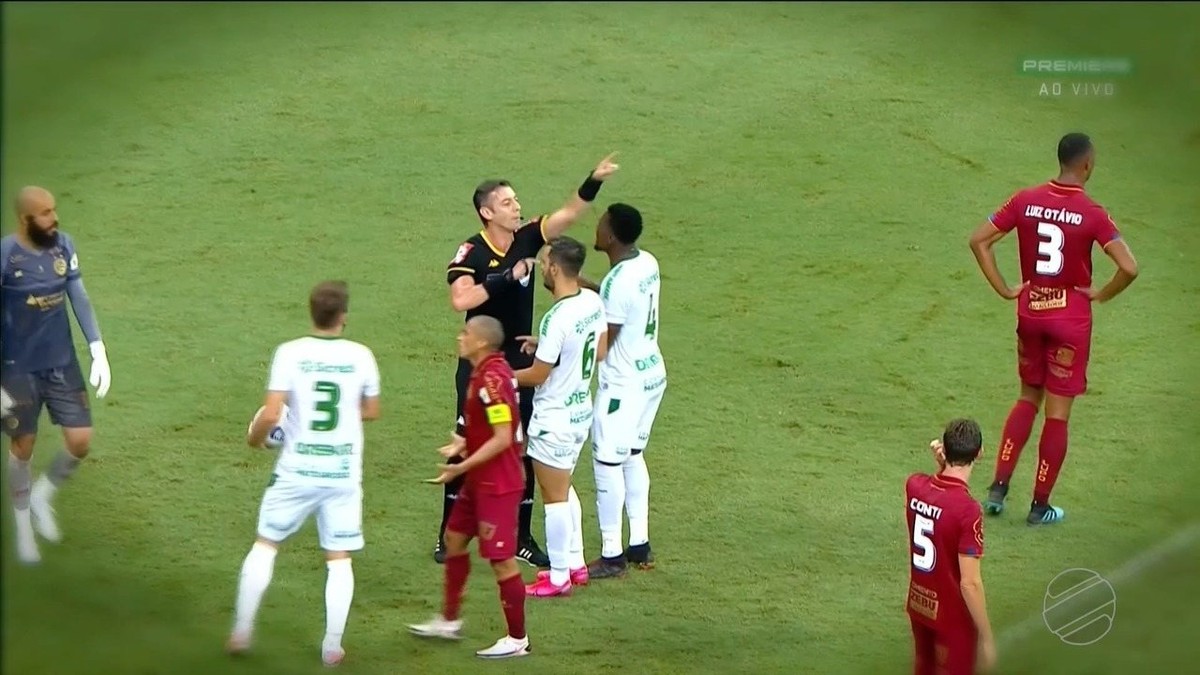 Cuiabá informed this Thursday afternoon that the Arbitration Ombudsman of the Brazilian Football Confederation (CBF) admitted an arbitration error in one of the disallowed goals of the team in the goalless draw against Bahia, last Sunday, for the 34th round of the Championship Brazilian.

The goal in question had been scored by Jenison, disallowed by referee Raphael Claus without consulting the VAR. Claus signaled the center forward’s lack of attack on right-back Nino Paraíba. The entity’s statement was in response to the complaint sent by the club’s board the day after the match.

– In fact, even though the Complainant’s attacker (Cuiabá) has placed his left arm on the opponent’s back, the pushing action is not perceived, that is, the dynamic movement of the attacker’s arm against the opponent’s body ( …). Although it is not possible to exempt the arbitrators from responsibility, because they must be prepared for the difficulties of the function, they are perfectly understandable from a human point of view – says part of the CBF’s answer.

The Ombudsman’s document extends the explanation and confirms that the VAR should have called referee Raphael Claus to review the bid.

– It is the VAR’s duty to carry out checks using all available resources to reach a correct conclusion. So, however, things did not happen (…). Conclusively, therefore, there was an error by the arbitration and, mainly, by the VAR, for the above reason – states the CBF in another excerpt of the justification.

More about:
+ CBF does not release audios from the VAR of canceled goals by Cuiabá against Bahia
+ For vice of Cuiabá, pressure from Bahia for mistakes against Flamengo influenced arbitration

The Ombudsman also spoke about another bid contested by Cuiabá. In what would be the team’s first goal in the match, auxiliary Neusa Ines Back pointed to an offside from Felipe Marques after Max’s pass, at the origin of the move completed by Rafael Gava.

The board questioned the moment chosen to generate proof of the offside, but for the body, “the Complainant is wrong, as the moment considered to measure the touch of the ball was, effectively, the first contact of the player’s foot with the ball , as the Complainant will find out when he has access to the audio and video of the bid”.

According to a spokesperson for Cuiabá, the club will still have access to audios and videos of the communication between the VAR and Raphael Claus in both bids.