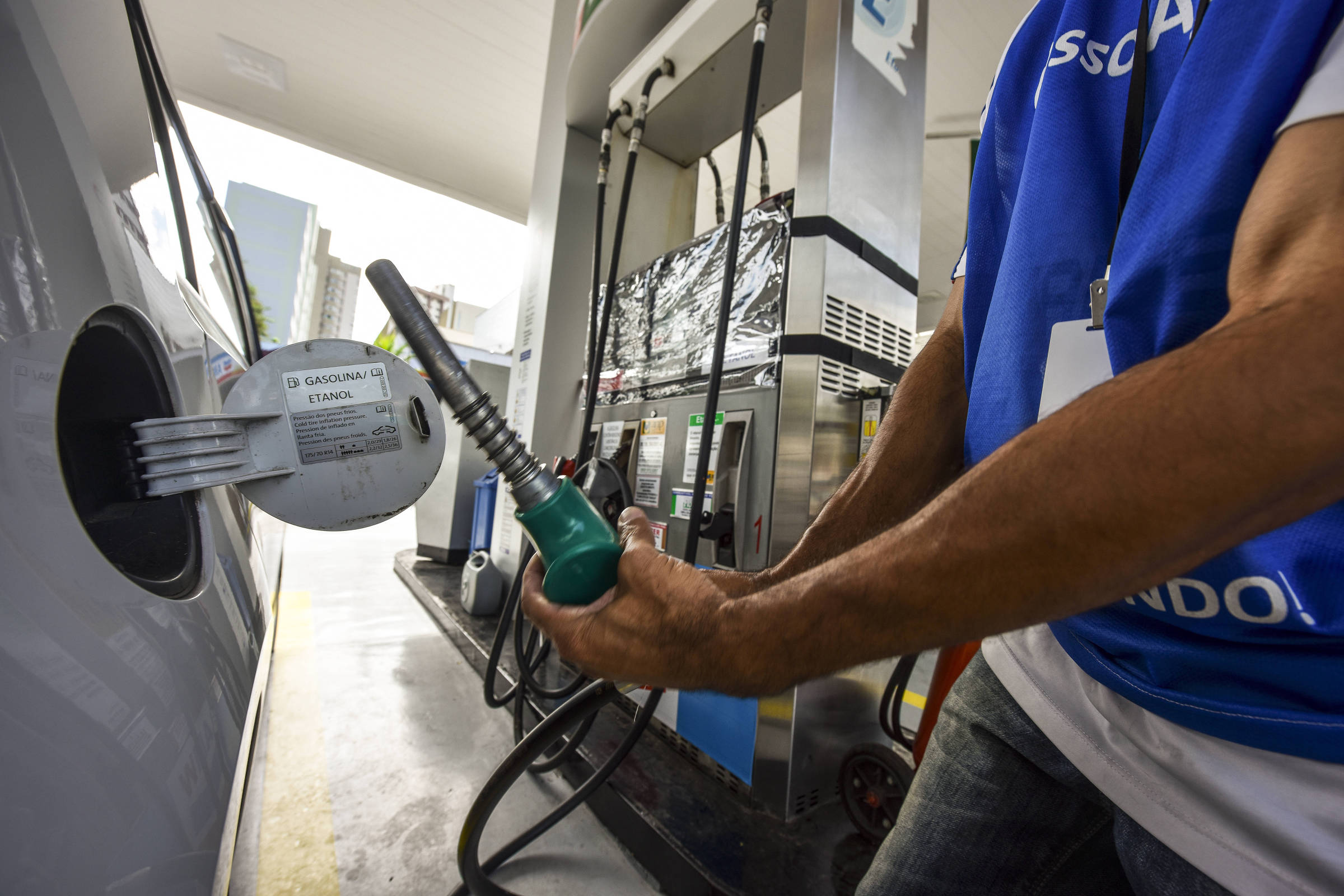 The loss of competitiveness of hydrous ethanol compared to gasoline has promoted a reduction in consumption and a drop in biofuel prices, whose prices are close to historically high levels after the 2021/22 crop failure, according to Unica (União da Indústria de Cana-de -sugar), in a fortnightly report on production this Wednesday (24).

“The market dynamics observed in the last fortnights was already expected. The loss of economic competitiveness of hydrous ethanol has promoted a reduction in the consumption of renewable energy and has already balanced the balance of supply and demand”, said the technical director of Unica, Antonio de Padua Rodrigues , in note.

“This condition, associated with the lower consumption of light fuels, has promoted successive drops in the value of hydrated products received by producers, which has been reduced in the last three weeks”, he commented.

At the end of last week, the price of ethanol at the mill (without taxes) was quoted at 3.6563 reais per liter (average in the State of São Paulo), according to Cepea, compared to a peak of 3.8918 reais/liter in the week closed on November 5th.

Despite the reduction in recent weeks, ethanol values ​​are close to historic peaks, after the harvest in the center-south was hit this season by drought and frost, which reduced the supply of products such as sugar and ethanol.

According to the executive, “the drop in the price of hydrated ethanol has also promoted a reduction in the value of anhydrous ethanol, as the sales contracts for the product link its price to those charged for hydrated ethanol”.

“This condition indicates that the additive can contribute to reducing the price of gasoline and, in terms of volume, we are able to meet the migration to gasoline consumption with anhydrous stocks in producers, with production to be carried out until March and with the import of biofuel that has been observed,” he added.

In the domestic market, sales of hydrous ethanol reached 538.85 million liters, maintaining the retraction trajectory which, in the last fortnight, was 32.09%.

The quantity of anhydrous ethanol sold increased by 2.77% compared to the same fortnight of the previous year, to 405.46 million liters.

Sugar production in the center-south retreated 49.70% in the first half of November, to 626,000 tonnes, according to Unica.

In the first half of November, 75 plants were in operation (65 processing sugarcane, 2 flex units and 8 corn ethanol plants), compared to 114 units in operation in the same period of the 2020/2021 harvest.

Of the total manufactured, 2.10 billion liters of biofuel were produced from corn.

Born in 1992, Yadunandan approaches the world of video games thanks to two sacred monsters like Diablo and above all Sonic, strictly in the Sega Saturn version. Ranging between consoles and PCs, he is particularly fond of platform titles and RPGs, not disdaining all other genres and moving in the constant search for the perfect balance between narration and interactivity.
Previous Academies of Science and Medicine Warn of Risks of New Year’s Parties and Carnival on the Rise of Covid Cases in Europe | Pernambuco
Next 4 fruits with anabolic effect