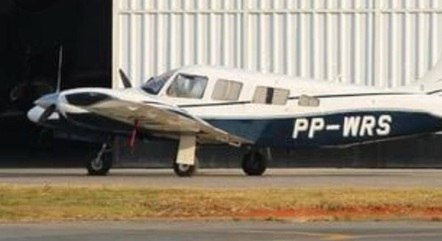 The FAB announced this Thursday (25) afternoon that it found a body in the place where the searches for the missing twin-engine plane with three people this Wednesday (24) night at sea in the region between the cities of Ubatuba (SP) and Paraty (RJ).

The Maritime Fire Brigade of Ubatuba responded to the occurrence and sent a vessel with about four crew members to carry out the searches in the area informed. The Fire Department of Rio de Janeiro, called at 23:46 this Wednesday (24), also provides support in the search for the aircraft and possible victims.

“The Brazilian Air Force (FAB) regrets to inform that rescue teams aboard the H-36 Caracal helicopter of the 3rd/8th GAV, a FAB unit based at the Santa Cruz Air Base (BASC), located the body of a Unidentified victim in the search area, probably from the accident involving the aircraft with the prefix PP-WRS, which was found missing off the coast of the state of Rio de Janeiro.

The body was rescued by FAB aircraft and transported to BASC, where it was handed over to the competent bodies for subsequent procedures.

The FAB is in solidarity with the victim’s family and informs that it remains engaged with the helicopter of the 3rd/8th GAV and the Aeronautical Rescue Coordination Center of Curitiba in the air search operations at the scene of the accident.”