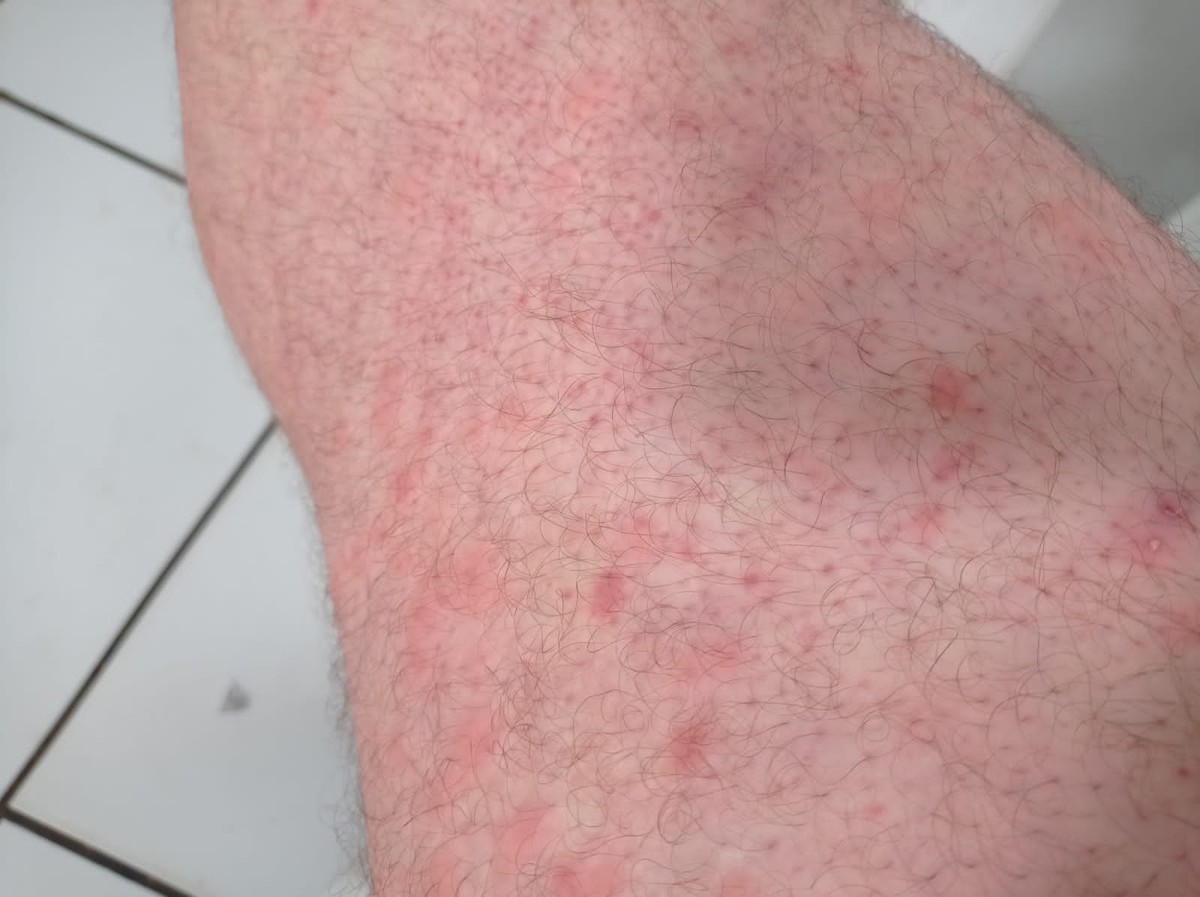 Five more cities in Pernambuco registered cases of residents with skin lesions that cause itching: Cabo de Santo Agostinho, Igarassu, Ipojuca and Itapissuma, in Greater Recife, and Nazaré da Mata, in Zona da Mata Norte. With this increase, released on Thursday (25), the number of municipalities with notifications of occurrences linked to the outbreak rose to 11.

The list also includes Recife, Camaragibe, Paulista, Olinda, Jaboatão dos Guararapes and São Lourenço da Mata. People report intense itching, with reddened lesions spread across the skin. The cause of the outbreak is unknown and remains under investigation (see below in this article).

Now, of the 14 municipalities in Greater Recife, ten have cases. Nazaré da Mata is the first city in the interior to make the notification.

According to the State Department of Health (SES-PE), the Center for Strategic Health Surveillance Information (Cievs) has so far included 199 symptomatic cases that presented rash and itching.

These numbers, however, differ from those reported by individual municipalities. City halls point to the identification of more than 300 cases in Greater Recife and Zona da Mata Norte.

The first cases of the outbreak appeared in Recife, at the beginning of last month (see video above). Since October 1st, 149 people with symptoms have been registered in the capital.

22 cases were also identified in Olinda, six in Paulista, 21 in Jaboatão dos Guararapes and six in São Lourenço da Mata, in addition to 108 in Camaragibe.

Cabo de Santo Agostinho notified, on Thursday, five cases, which are being investigated by teams of the Epidemiological Surveillance of the municipality.

The guidance of the Municipal Health Department is that the population look for the nearest health unit so that a clinical assessment can be carried out.

In Igarassu, two were notified: a five-year-old child and a 72-year-old elderly, residents of Sítio Lira and the neighborhood of Saramandaia.

According to the city hall, the cases are being investigated and blood and water samples were sent for clinical analysis at the Central Public Health Laboratory of Pernambuco (Lacen-PE).

Recife was the first city to notify cases of lesions that cause itching — Photo: Reproduction/TV Globo

The municipality of Itapissuma registered three cases on Thursday. All were referred for investigation by the Epidemiological Surveillance.

According to the city hall, the patients are under observation, taking anti-allergy and were instructed to avoid contact with other people.

The Health Department of Ipojuca notified five suspected cases: one child and four adults. All showed signs of skin redness and itching and sought health services.

In Nazaré da Mata, in Mata Norte, three people with red and itchy lesions were identified by the municipality’s Health Department.

According to SES-PE, cases are under clinical, epidemiological and laboratory investigation by municipalities, with support from the technical team of SES-PE, Lacen-PE and specialists.

On November 19, the Center for Surveillance and Response to Public Health Emergencies of the State Health Department released a technical note that guided health services and professionals to notify the Cievs about cases of people with skin lesions and itching.

The municipal administrations, the SES and specialists have not yet identified the cause of the injuries. The investigated possibilities range from scabies, popularly known as human scabies, to allergic reactions or environmental imbalances caused by issues such as water and proximity to forest areas.

The relationship with arboviruses, which are mosquito-borne diseases aedes aegypti, such as dengue, Zika virus and chikungunya, is a remote possibility pointed out by epidemiologists.

VIDEOS: Most watched in Pernambuco in the last 7 days