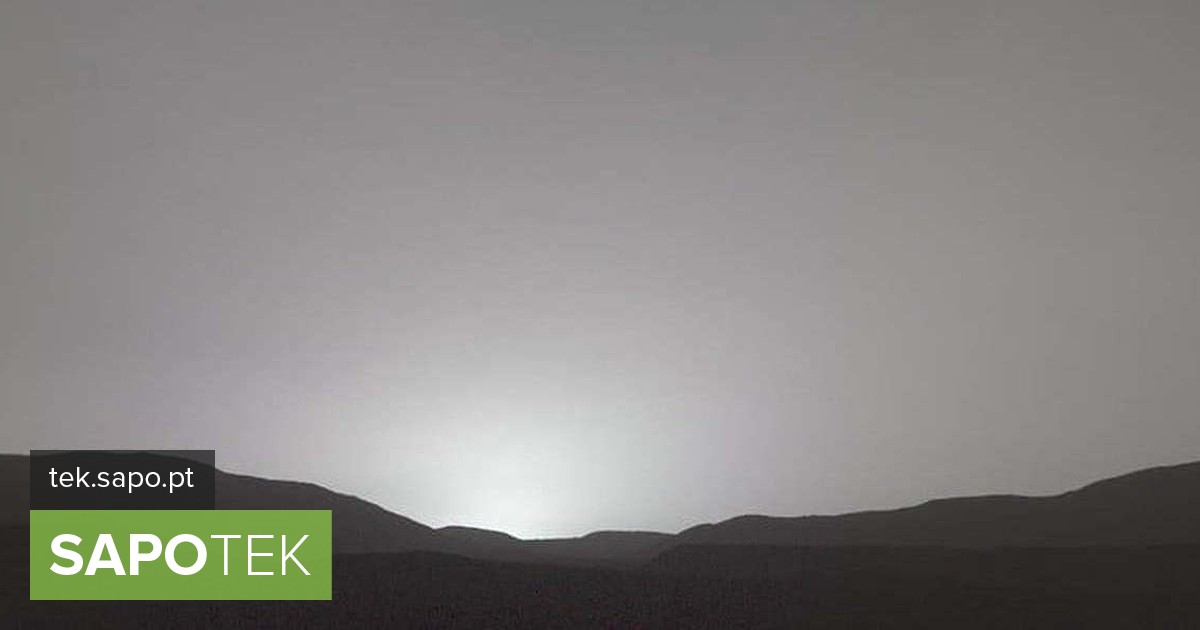 NASA has unveiled a new image of the sunset on Mars. The photo shows a bright, clear and intense light among the rocky hills of the red planet at dayfall. It caught the attention of scientists because, according to NASA, this is not the normal appearance of a sunset on Mars.

As the agency explains, the sunset on Mars usually stands out for its blue color. “The fine dust in the atmosphere makes blue light penetrate it more efficiently than colors with longer wavelengths.”

That’s not what happens in this image. “This sunset is different: less dust in the atmosphere has translated into a more neutral color than usual,” explains NASA, adding that the image’s color has been calibrated and whites balanced to remove camera effects.

This image was captured by the Perseverance rover, which used its Mastcam-Z to capture the moment. The same instrument was used recently to collect the images that make up the spectacular panoramic image of the South Seitah region in the Jezero Crater.

The photo, which you can see in high definition and in full detail on the Jet Propulsion Laboratory website, is actually a composite of 83 images, taken on the day the rover completed its longest journey to date, covering 175 meters.

However, the mission continues. Now with confirmation that the small Ingenuity helicopter can fly in more adverse conditions than those it has faced so far. The test took place in October and was successful. The rover continues to collect more and more samples for analysis.

One of Perseverance’s latest discoveries was a greenish rock that is intriguing scientists. It’s called olivine and, like basalt, it’s often found in solidified pieces of lava or magma on Earth.

NASA scientists are trying to find a correlation between olivine and carbonates, minerals that are normally formed when carbon dioxide interacts with liquid water, but for now there is no “official explanation” for the rock’s existence in soil. Martian.

“Another piece of Mars to take with me. My last sample is from a rock loaded with the greenish mineral olivine, and there are several theories among my scientific team as to how it got there. The hypotheses rain! The science is awesome”, I could read up on the mission’s Twitter account on the day of discovery.

NASA’s mission to Mars began on June 30 of last year. The arrival to the red planet took place on February 18th. See or review in this image gallery some of the most memorable moments of the mission.