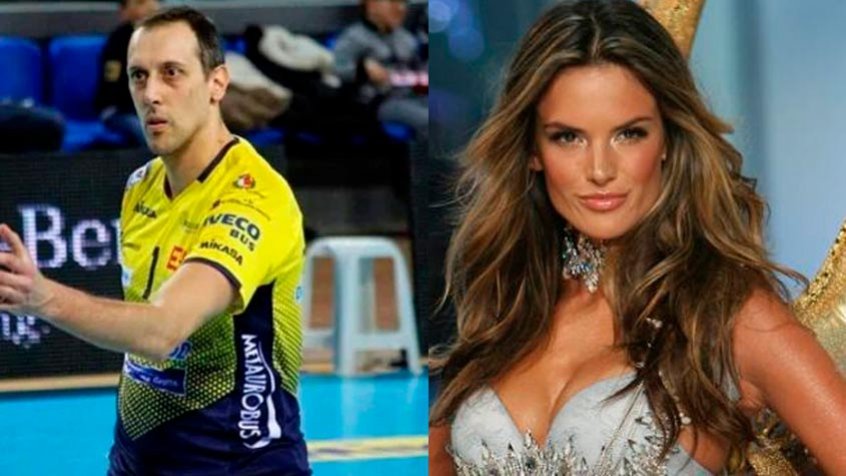 the player of volleyball Roberto Cazzaniga, 42, spent 15 years believing that he was dating Brazilian model Alessandra Ambrosio from a distance. He met a fraud on the internet who used the photo of the Brazilian model. The criminal, a member of a gang, initially identified herself as Maya. During this period, the Italian lost 700,000 euros (R$4.3 million) in shipments to the scammer.

The embezzler appealed to alleged costs for heart problems. Alessandra Ambrosio actually got into a relationship with fellow model Richard Lee.

+ See your team’s position in Brasileirão!

– I have so many debts, it is not easy to ‘wake up from a coma’ – lamented Roberto Cazzaniga, in the television program on ‘Mediaset’.

The Italian volleyball second division player learned of the crime on the same program, which, on the initiative of the athlete’s family and friends, who already suspected his alleged virtual girlfriend, put together a dossier with evidence that he was being deceived.

+ Maradona’s death turns 1 year: see what is known about the inheritance fight and the criminal investigation

– One day he was in his room, in the dark. I see him cry, I ask what he has and he tells me he fell in love, but this woman is in the ICU for a heart operation – recalled his brother.

As he reported to the Italian press, in 2008, a friend of his named Manuela introduced him to the coup-maker, who lives in Sardinia, an Italian island in the Mediterranean. After the first contacts, this woman says that Maya is just a pseudonym, and that her real name was Alessandra Ambrosio. So, for 15 years, Roberto Cazzaniga believed he had dated a Brazilian model, one of the most famous in the world.

– No, we never met. She made a thousand excuses, like illness and work. And yet I fell in love with that voice, one call after another. Contacts were only by cell phone, almost daily – reported, according to ‘Corriere della Sera’.

Three people are named as potential suspects in the crime. Manuela, who passed on the contact of “Maya”, Manuela’s boyfriend, and a 50-year-old woman named Valeria, who pretended to be Alessandra Ambrosio in the phone calls.