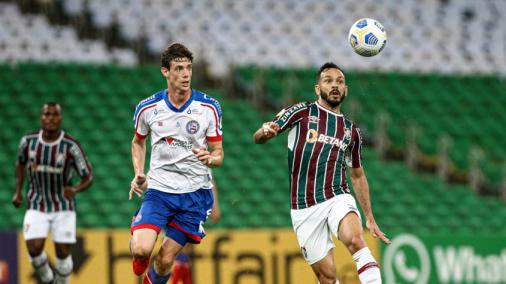 Bahia x Fluminense: probable teams, where to watch and embezzlement

The Brazilian Championship is reaching its final chapters. This Sunday, Bahia, desperate to get out of the relegation zone, receives the Fluminense, which is trying to secure a spot at Libertadores. The two teams face off at Arena Fonte Nova at 4 pm, for the penultimate round of the competition. The victory is essential for both teams, who are coming from a defeat by the champion Atlético-MG.

Opening the Z4, Bahia needs a combination of results to avoid the crash. Tricolor has three points less than Cuiabá and Juventude, the first two teams outside the zone and, therefore, they need to win to have a chance of escaping in the last round. Coach Guto Ferreira will have the return of Juninho Capixaba, who served his suspension. On the other hand, the coach will not be able to count on Mugni and Daniel, out after taking the third yellow card.

Fluminense, on the other hand, needs to win at least one of the two remaining games to guarantee themselves at least in the zone of dispute of the first phases of the Libertadores. In this scenario, the only teams that could still pass the Tricolor in the table in case of defeat to Bahia or Chapecoense would be Ceará and América-MG, but the two face each other in this round and, therefore, in the worst case Flu would be in eighth.

With regard to embezzlement, the list is extensive. Marcão will not have the suspended David Braz, in addition to the medical department with Marlon, Calegari, John Kennedy, Gabriel Teixeira, Martinelli, Nino, Ganso and Hudson.