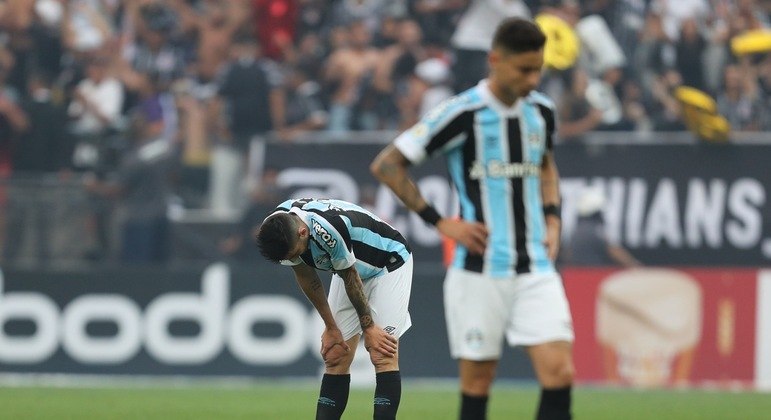 What Grêmio, Bahia, Juventude and Cuiabá are looking for to escape Series B – Sports

Abhishek Pratap December 9, 2021 Sports Comments Off on What Grêmio, Bahia, Juventude and Cuiabá are looking for to escape Series B – Sports 21 Views

The 2021 Brazilian Championship is coming to an end. This Thursday (9), the 20 teams that compete in Serie A enter the field for the last round of the competition and, despite some definitions, a lot is at stake, especially when it comes to the fight against relegation.

Sport and Chapecoense no longer have a chance of escaping from the second division, but the other two places for Serie B are still open. And there is no shortage of candidates. Grêmio, who saw the victory against Corinthians slip away at the end, is in the most dramatic situation, in which only the victory matters. The Tricolor from Rio Grande do Sul, however, will not have an easy life, as they face the champion Atlético-MG at home.

Juventude, Bahia and Cuiabá, the other three teams that are in danger of falling, also have difficult missions, but even so, they do not depend exclusively on victory. In case of defeat or draw, the three teams can still escape, but they will have to hope for a combination of favorable results.

Check out what each club needs to escape relegation

Grêmio not only need to beat the champion Atlético-MG, but also need to root for Bahia and Juventude defeats. Tricolor, ranked 18th, has 40 points on the leaderboard and any result other than victory will demote the team from Rio Grande do Sul.

Juventude, 17th with 43 points, host Corinthians at home and a victory leaves the team from Rio Grande do Sul in a more comfortable situation. Despite this, even in the event of a triumph, the team will have to stay in the crowd for stumbling blocks from rivals Bahia (draw or defeat) or Cuiabá (defeat). In case of a tie, Youth will need a defeat of the Tricolor of Steel.

If they beat Fortaleza, Bahia mathematically guarantees their permanence in the elite of Brazilian football. But, in the event of a tie or defeat, the tricolor from Bahia will have to dry up their direct opponents in the fight against relegation.

If the score ends on equal terms, a defeat or draw by Juventude save Bahia. If they lose, the Bahia team, which has the same 43 points as Juventude and occupies 16th place, will have to root for a defeat by the team from Rio Grande do Sul, and a draw by Grêmio in Porto Alegre.

Cuiabá is the team with the most comfortable situation among all that are still fighting relegation. Current 15th place, with 46 points, Cuiabá need only draw with Santos in Vila Belmiro to guarantee the permanence. If they lose, a draw by Juventude or Bahia are enough to save the team.

Grêmio reaches the last round with a 97.5% risk of relegation