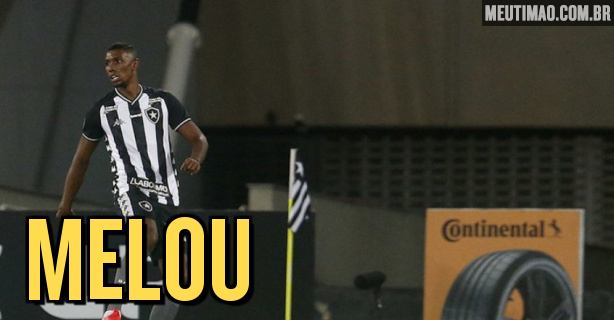 Corinthians had a proposal by defender Kanu rejected by Botafogo this Monday. The reason for the refusal was the acquisition of the Rio club by investor John Textor, who is close to acquiring 90% of the Sociedade Anômica do Futebol (SAF) intended by the Botafogo residents.

The information was released by journalist Jorge Nicola, who gave some details both about the progress of the negotiations between Timão and the defender, a wish for the 2022 season, as well as about the new management format for Botafogo.

According to the journalist, Corinthians had an agreement with the player and was already defining the terms of negotiation with the Rio de Janeiro club. The proposal included a small amount of money, a loan from a player, and debt relief related to loans from Yago, Jean, and Moses.

The trio was loaned by Timão to the Rio de Janeiro team in recent years and has not had the compensation amount paid, remaining pending since then. The debts would serve to lower the price of the negotiation.

Kanu is 24 years old and is one of Botafogo’s main recent revelations, becoming leader of the Serie B champion team in 2021. He has a contract until December 2022 and can sign a pre-contract from July – a departure would now be the likely last chance for Botafogo to make money with the athlete.

Coach Sylvinho and the football board itself have already admitted that a defender and a center forward are the club’s priority for the market before the 2022 season.

As he is going to lend Léo Santos, Timão wants an athlete who arrives to fight for position and be a reserve ready to play in case Gil or João Victor have any problems. Currently, only Raul Gustavo fills this space – some young people from the base should receive an opportunity during the year.