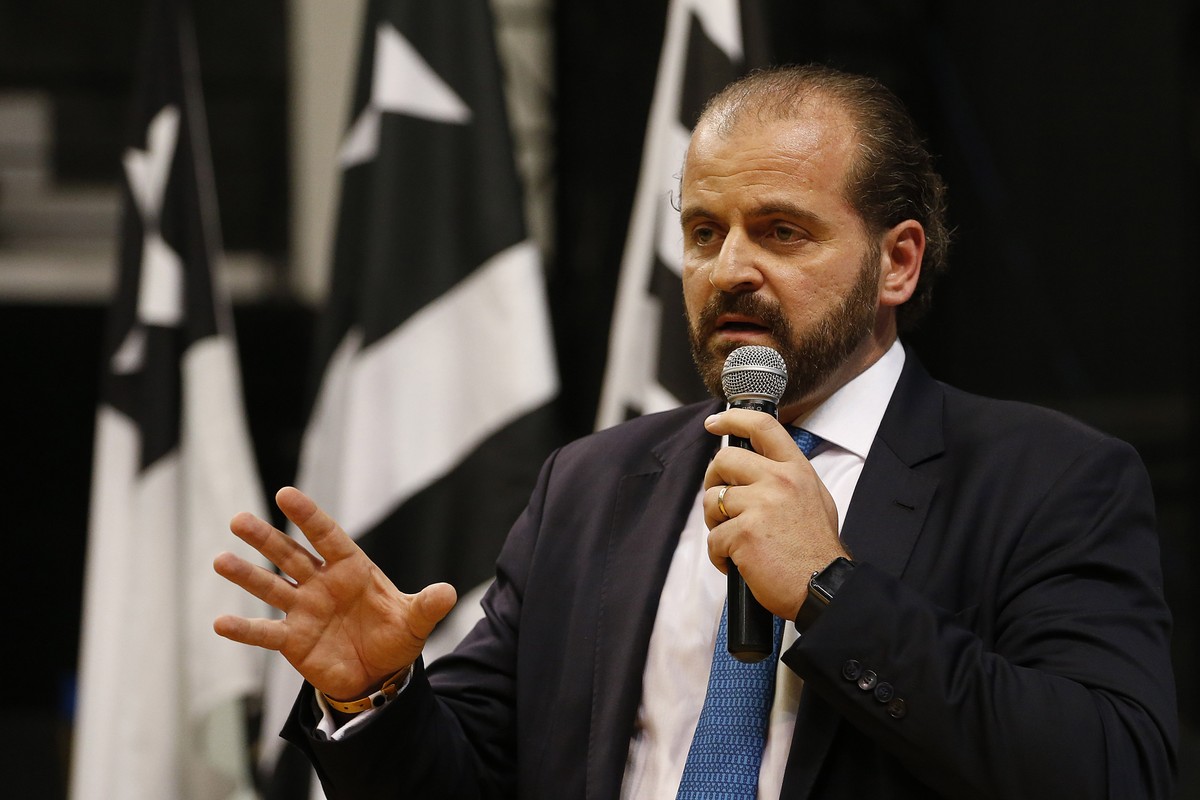 Official spokesman for Botafogo in the process of transitioning to Sociedade Anônima do Futebol (SAF), lawyer André Chame spoke to the club’s official website about the negotiation with Eagle Holdings, owned by American businessman John Textor. Chame stated that the expectation is for the conclusion of the deal in two months.

– We estimate that the entire process will be concluded at the end of the period of sixty days, which is considered a short time for operations of this size and complexity. In this way, I know that we all have great anxiety related to the topic, but I ask the fans to be patient if delays in these deadlines are necessary – he said.

“We expect the signing of the binding contract in the coming weeks and I repeat that, for sixty days, John Textor is the only investor with whom Botafogo has open negotiations.”

Lawyer has been involved in the S/A project since 2019 — Photo: Vitor Silva/Botafogo

Currently, Botafogo and Eagle Holdings have signed a non-binding offer, which does not oblige either party to complete the deal. Standard procedure in operations of this nature. This document gives Textor exclusivity in negotiations with the club. Therefore, the board does not talk to any other potential investor at this time.

Chame has ensured that the club does not have to sit still while the purchasing process continues on the final details. Negotiations with players and even commercial partners can proceed normally.

– Botafogo has no obligation to stop or monitor your negotiations with third parties, whether between players and other commercial partners. Anyway, Botafogo, even because of the exclusivity with John Textor, and to give the greatest possible transparency to the subject, offered to share with John’s team all the details of the ongoing negotiations.

American wants to buy 90% of the new company — Photo: Publicity

The spokesman also shared the first impressions of the possible owner of SAF alvinegra, with whom he met via videoconference. The American was impressed by the energy of the Botafogo fan.

– He loves the sport and considers it a great social catalyst. He was very impressed with the passion of our fans, not only in videos and images obtained on the internet, but also because of interactions on social networks, and showed interest in returning all this affection using the best practices in the performance of Botafogo activities SAF. He showed great admiration for our colors, for our coat of arms, for the Lone Star and for the history of Botafogo de Futebol e Regatas.