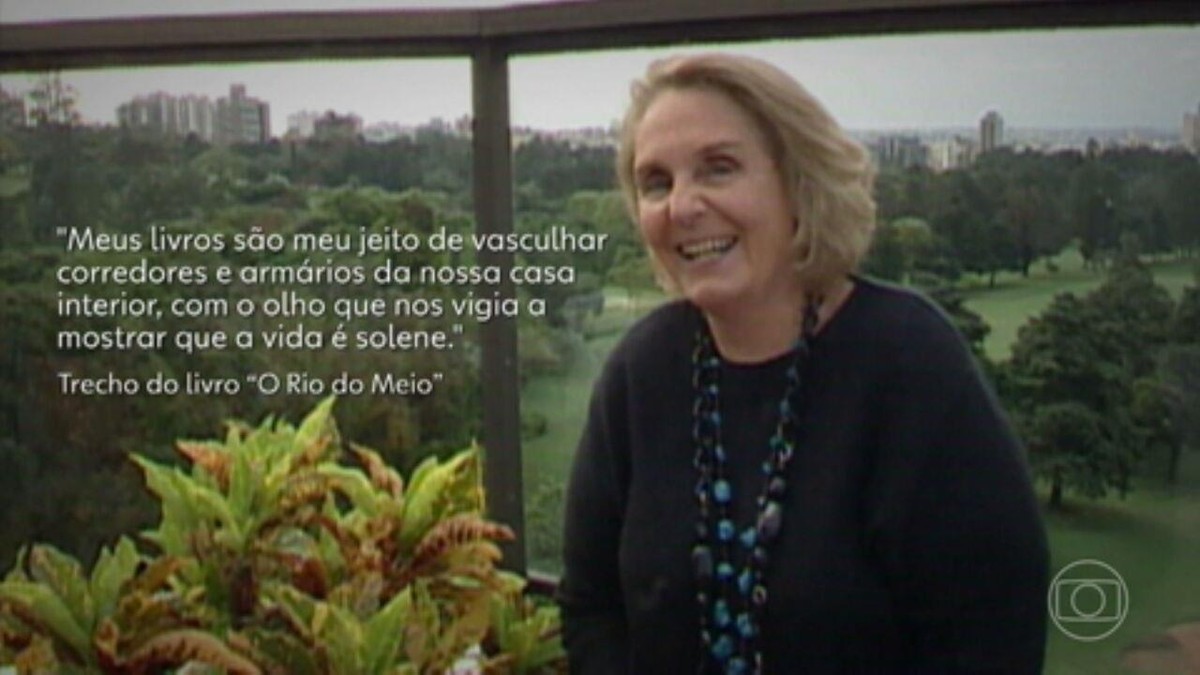 The writer Lya Luft, aged 83, died this Thursday (30), in Porto Alegre, one of the most influential authors of Brazilian literature.

From the state of Santa Cruz do Sul and a German descendant, Lya Luft discovered her passion for literature as a child. At the age of 11, he was memorizing poems in German.

“This enchantment for the word is something that was born with me. Since I was a child, I remember saying to myself, very enchanted, words that I thought were beautiful”, said Lya Luft in an interview.

In Porto Alegre, he graduated in pedagogy and Anglo-Germanic languages. Translated over 100 works of world literature. She was also a university professor and columnist for several publications.

But she only started to consider herself a “writer” in 1980. She was 41 years old when she wrote her first novel, “As Parceiros”.

“For me it was a great existential adventure to assume my desire, my passion for literature. I think literature helps me to try to organize the world in my head as far as we can,” he said in an interview.

One of the most successful works was “Gains and Losses“, from 2003. Considered a best-seller, it sold 600,000 copies and had editions in English, German, Spanish, French and Italian. In 2014, the book became a play, starring Nicette Bruno.

Lya wrote about themes that disturbed her: loneliness, love and lack of love, youth and old age: “I think learning something very good. Finding out is a very good thing. And in that sense, when people talk about age, age doesn’t exist. Of course, the body changes, the skin… But the time is always now”, he said.

She was married three times. With professor Celso Pedro Luft, he had three children. From 1985 on, Lya lived with the psychoanalyst Hélio Pellegrino in Rio de Janeiro – until his death, three years later. For 18 years she was married to Vicente de Britto Pereira, also a writer.

In an interview with Ana Maria Braga, on the program “Mais Você”, in 2005, Lya spoke about love: “I think we can love more often. I don’t believe in a single love, no. It is possible to love more often. Life calls, and life has a lot of power”.

Lya Luft is the author of over 20 books. The last work was “Human Things”, written in 2020. The work was also, in a way, a support for the writer to overcome a trauma: the death of one of her children, who in 2017 suffered a cardiac arrest while surfing.

Lya Luft discovered skin cancer that had already metastasized seven months ago. She was hospitalized but asked to return home before Christmas. According to the family, the writer died in her sleep at dawn this Wednesday (30). The farewell ceremony will be restricted to relatives and friends.

“At a time when Brazilian culture is so unattended, at the end of a year that we have lost such important names, losing Lya Luft, a writer who had the ability to write about profound themes, with a unique simplicity, is a huge loss” , says the presenter Luciano Huck.

“I had enormous talent and it’s a loss for all of us. For those of us who knew Lya and for all her readers”, says writer Martha Medeiros.

“Lya Luft’s literature repatriates us, saves us in the sense that it reduces isolation. You realize that there is someone who feels exactly what you feel. She made an accurate reading of our times as a chronicler, as a poet”, says the writer Fabrício Carpinejar.

“Lya Luft was a goddess, a representative of the feminine. She was an example and will continue to be, because words never die”, says writer Letícia Wierzchowski.

As she herself wrote: “My books are my way of searching the corridors and cupboards of our inner house, with the eye that watches us to show that life is solemn”.