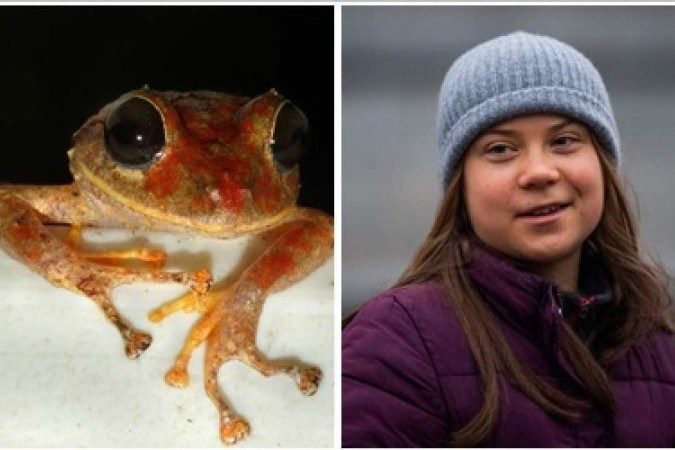 Researchers discovered a new species of frog in Panama and decided to pay tribute to environmental activist Greta Thunberg. The scientific article that officially describes and names the new species, Pristimantis gretathunbergae, was published in the scientific journal ZooKeys, from Pensoft, this Monday (1/10).

In the 34-page text, the international team led by Panamanian Abel Batista and Swiss Konrad Mebert describes finding the species on Monte Chucanti, an island in the sky surrounded by lowland rainforest in eastern Panama. Reaching the habitat in the cloud forest, required access by horse through muddy trails, steep slopes. The Chucanti reserve was established by the Panamanian conservation organization ADOPTA with support from the Rainforest Trust.

According to the researchers, Pristimantis gretathunbergae displays distinctive black eyes—unique to Central American frogs. Its closest relatives inhabit northwestern Colombia. Unfortunately, the frog’s remaining habitat is severely fragmented and highly threatened by rapid deforestation for crops and cattle pastures. The Chucanti Reserve, where the frog was first found, is part of a growing network of natural parks and reserves defended by the Panamanian government.

Greta Thunberg is 19 years old and a Swedish environmental activist. She became known for having protested outside the Swedish parliament building, and for being the leader of the Schools Strike for the Climate movement. In December 2019, President Jair Bolsonaro criticized the space given in the press to statements by Greta, then 16 years old, whom he called a “brat”.