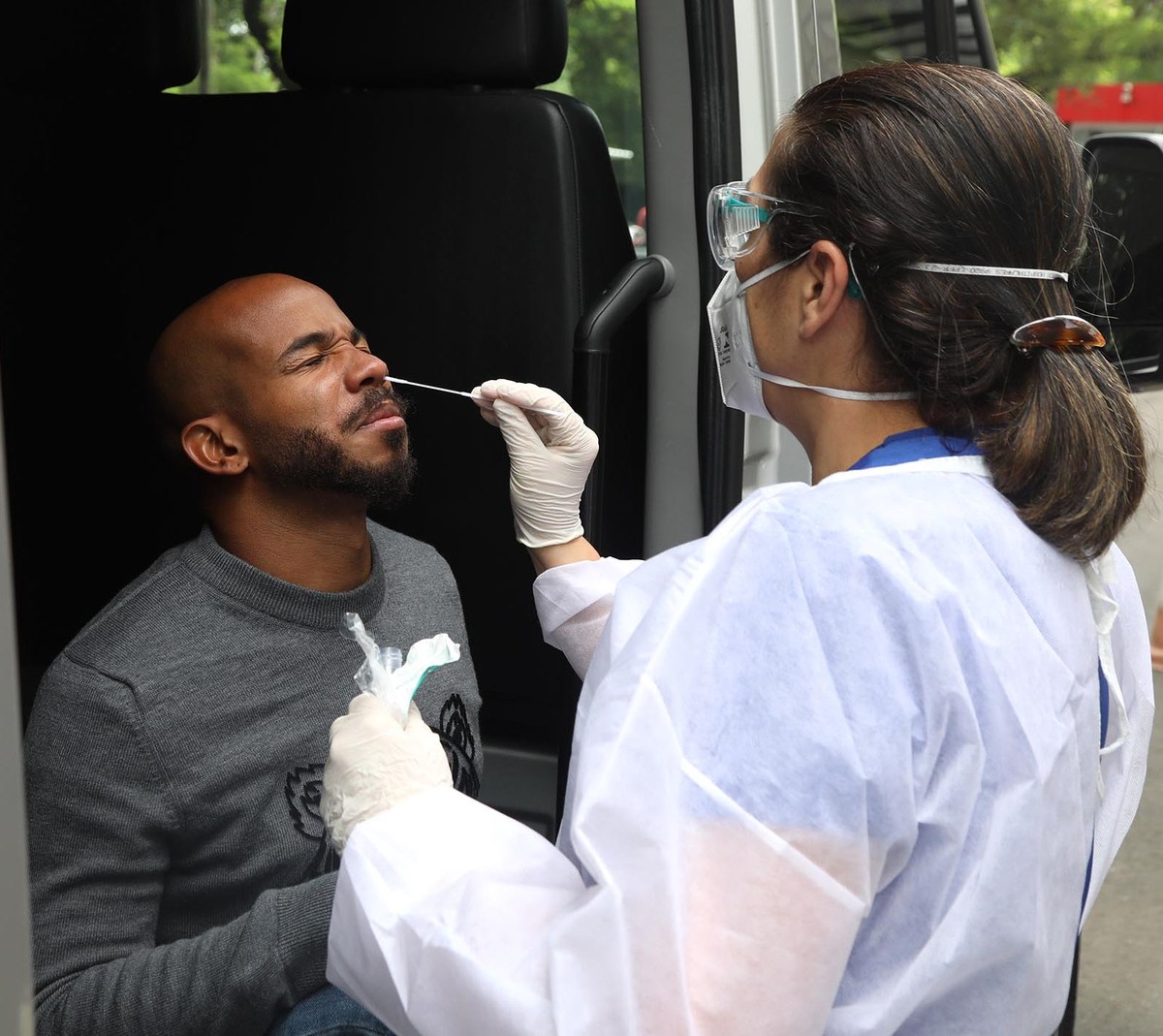 São Paulo confirmed seven more cases of Covid-19 in the squad, which reappeared last Monday after 30 days of vacation.

According to a statement from the club on Tuesday, Thiago Couto, Reinaldo, Rodrigo Nestor, Rafael Silva, Patrick, Danilo Gomes and Calleri were diagnosed with the disease in tests carried out the day before. All of them are being assisted by the tricolor medical department.

Another four players had already been identified with the coronavirus for having carried out tests before the replay: Tiago Volpi, Miranda, Gabriel and Pablo.

Patrick performed a test in São Paulo on Monday and was diagnosed with Covid — Photo: Rubens Chiri / saopaulofc

The São Paulo players started the pre-season this Tuesday, after the results of the exams were released. The schedule includes one training session in the morning and one in the afternoon.

Of the reinforcements, Jandrei, Rafinha and Alisson were at the training center and are free to start activities with the other teammates. Patrick will have to fulfill a period of isolation.

The club still has to confirm this early week the arrival of the attacking midfielder Nikão, Athletico’s highlight in the conquest of last year’s Sudamericana. The 29-year-old signed a contract at the end of last week.

+ Watch: all about the negotiations of the São Paulo