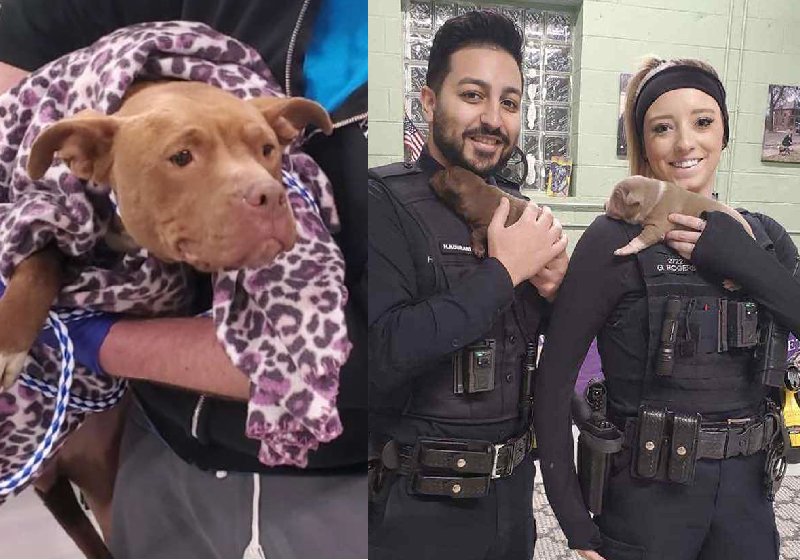 Police rescue dog who lived in abandoned house with puppies

Police found a dog who lived alone with her puppies in an abandoned house and rescued the entire family.

The puppies’ mother had apparently long lived in the abandoned house in Detroit, Michigan, in the United States. She was surviving with her two puppies, practically newborns, without anyone’s help.

The two guards saw the sad situation of the canine family, who slept on a mattress and decided to help. They took the pets to the Detroit Pit Crew shelter.

“Fortunately, these officers entered the house and found two puppies nestled inside a mattress, and one of the dogs was wrapped in a coil inside the mattress,” the animal rescue organization said on its Facebook page.

The officers covered the mother with a blanket to keep her warm and safe and laid her on the bed with the puppies until the end of the rescue.

“Now the mother and her cubs are safe and sound aboard the Detroit Pit Crew. Better days are coming for this sweet family of dogs.”

In the photo below, the expression on the mother’s face reflects tiredness and some sadness for everything she has endured.

Fortunately, from now on, she won’t have to worry anymore because she will be well taken care of. The new year of the canine family started well!

Congratulations to these officers for the beautiful work!