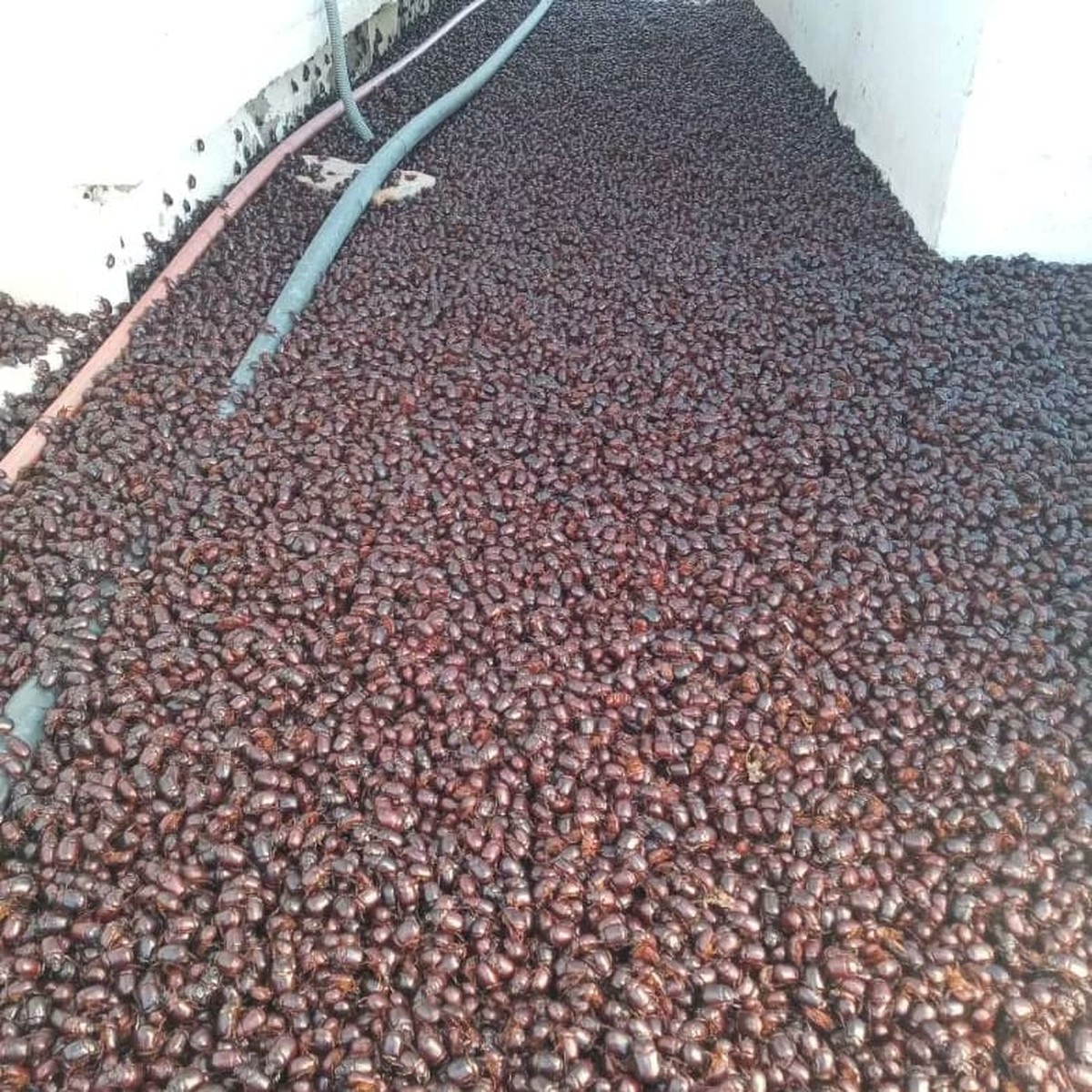 Amid heat wave, Argentine city is invaded by beetles | World

Abhishek Pratap 2 weeks ago News Comments Off on Amid heat wave, Argentine city is invaded by beetles | World 13 Views

As a measure to try to reduce the effects of the attack and try to deceive the insects, the municipality of Santa Isabel, in the province of La Pampa, ordered public lighting to be turned off.

According to the local press, there is a record of damage to public and private properties, and dozens of photos on social media show the beetles accumulating on roofs and gutters in the city.

“The amount is impressive,” police chief Omar Sabaidini told regional website Info Huella. “In some cases they caused damage to the buildings, at the police station they ruined the coverage.”

The measure to turn off the lights at night is a bet by Cristian Echegaray, responsible for the local administration, after meeting with the fire department and police.

“We decided to turn off the public lighting because this insect looks for illuminated places”, explained Echegaray to Info Huella.

Cindy Fernández, an employee of the National Weather Service, commented on her social network that the animals – called cascarudos in Spanish – “are harmless”, but that they fly uncontrollably and come crashing into everything in their path.

The insects, which belong to the Melolonthidae (Coleoptera) family, live part of their cycle as larvae buried in the ground, and in the summer with rising temperatures, adults come to the surface to start their reproduction – and then die. With the high temperatures this year, this dynamic has changed.

The hope of the population of Santa Isabel, 860 km from Buenos Aires, is that the insects will start to avoid the area in the coming days, due to the lack of lighting.

Agronomist Gabriel Lara said that beetles – like other insects – are attracted to light, in a phenomenon known as phototaxis.

Meanwhile, residents and local authorities spend the day removing the cascudos and filling crates and bodies with thousands of beetles to get them out of the urban area.