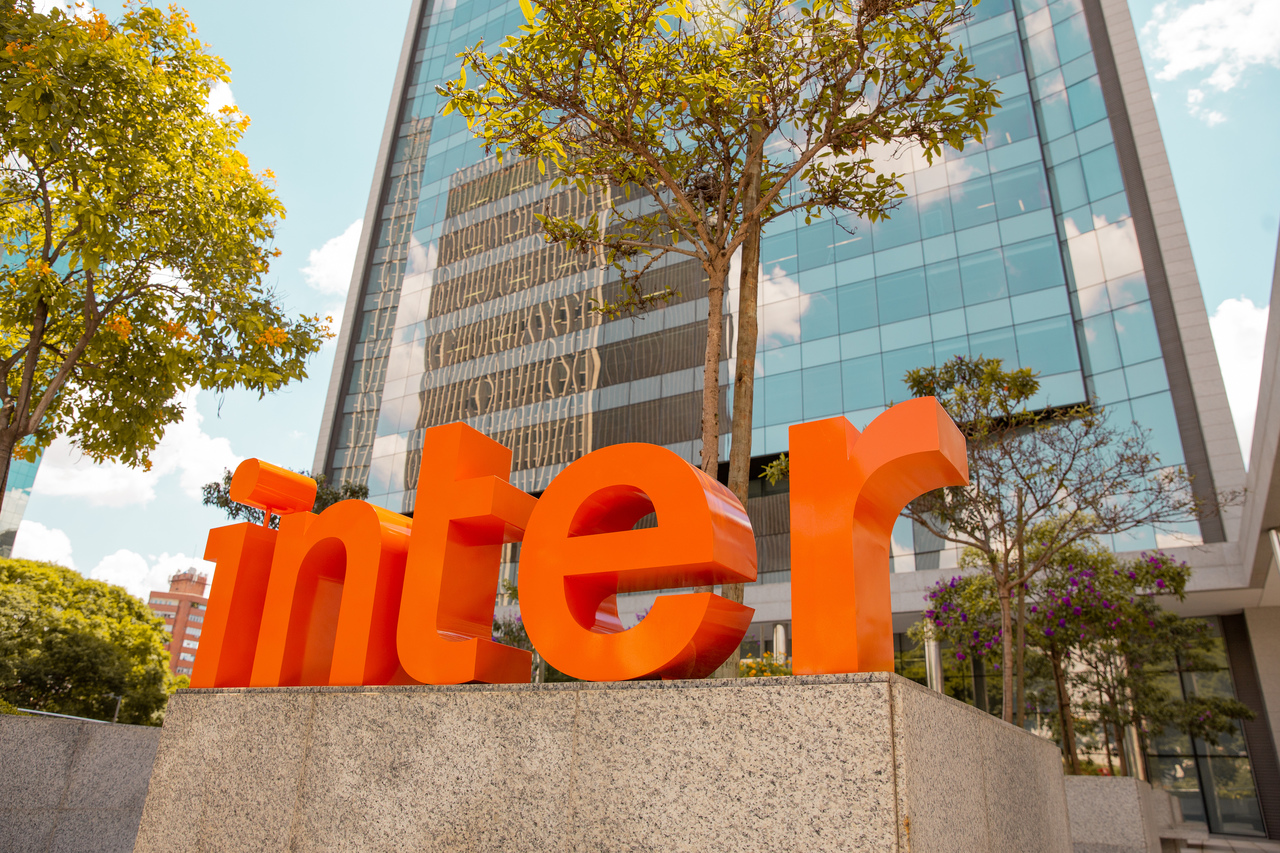 Banco Inter (BIDI11): with a drop of more than 70% since the maximum and strong volatility, is it worth buying shares?

Yadunandan Singh 2 weeks ago Business Comments Off on Banco Inter (BIDI11): with a drop of more than 70% since the maximum and strong volatility, is it worth buying shares? 19 Views

There is, then, a continuous downward trend, for different reasons.

Among the explanations, the rise in interest rates stands out, which has strengthened in recent months amid signs of resistant inflation and tightening of the monetary policy of central banks around the world. “It is natural that the fintechs, which are in the growth phase, demand more capital to continue their upward movement. In the scenario of rising interest rates and with the market mood not so good, investors and analysts question whether they will have the capital they need to sustain the advance”, says Rafael Ragazi, partner at Nord Research.

Henrique Esteter, market specialist in InfoMoney, also points to the fact that companies like Banco Inter are analyzed by investors largely through forecasts. “These are companies with a high growth rate and when we design a model of valuation, a good part of it is stipulated thinking about the future”, he comments. “When there is an increase in the interest rate, there is an increase in the so-called discount rate, which causes the devaluation of the securities”.

The rise in interest rates and its resulting impact ended up causing a movement of stop loss, with a big player selling shares to contain their losses. The movement of “Monstro do Leblon”, the Ponta Sul fund, managed by Flávio Gondim, further increased volatility for the shares at the beginning of the year. The manager’s participation in Banco Inter dropped from 12% to 7.37%, after an auction that flooded the market with the company’s assets.

There are still other possible explanations, such as, for example, Banco Inter’s failure to complete its restructuring, which involved the Nasdaq listing and was part of the “next step” of the company’s advance in the American market.

Even with the drop, most recommendations for Banco Inter are “buy”

Despite the sharp drop, most analysts maintain a good outlook for the company. According to a survey by Refinitiv, seven analysis houses suggest the purchase of the asset and one the maintenance of the papers.

In the first week of the year, UBS analysts raised the recommendation for the asset BIDI11 from neutral to buy, although reducing the target price from BRL 81 to BRL 46.

“The risks are more than priced in. We think that investors are very focused on the cost of capital and underestimate that even with a rise of this number, there is an opportunity for a upside up to 30%; investors do not price premiums for Inter’s new initiatives and the market value, when considering the relationship with the number of customers, is discounted”, explain Thiago Batista, Olavo Arthuzo and Philip Finch, who signed the bank’s document.

Inter currently has a capital cost of around 14.1%, slightly higher than the average for Brazilian banks, which is 13.5%. Despite this, for UBS, even if these expenses skyrocket to 15.8%, the shares would still have room to rise to R$34.

As for the last variable, for comparison purposes, Nubank (NUBR33), another digital bank, is traded at a ratio of US$ 810 per customer, while Banco Inter, at US$ 270.

Prior to that, in a mid-December report, Itaú BBA had appointed Inter as the main choice among the digital banks in its coverage, reiterating a recommendation equivalent to the purchase of the asset, with a target price of R$77 – more than three times the current price.

Apart from the discount on valuation, Analysts also point out that Banco Inter brought positive data in its operational previews for the 4th quarter of 2021, released on January 11. “In general terms, the numbers were good, with emphasis on the opening of new accounts and expansion of the credit portfolio”, commented Levante Investimentos.

In the new accounts, Banco Inter added 2.5 million customers in the last three months of 2021 alone, reaching a total of eight million in the year, totaling 16.3 million customers, a growth of 82% in 12 months. “The numbers presented by Inter in its operational preview show that the fintech continues its expansion plan in a very satisfactory way”, concludes the team.

Bank of America followed suit, “management has proven its ability to grow the customer base, and we now expect them to demonstrate their ability to start a faster monetization trend while keeping asset quality and costs under control” , commented. “We see the recent share price drop creating a very attractive entry point.”

BTG Pactual, in a report, stated that it saw that most key performance indicators (KPIs) show healthy performance and highlighted the performance of the loan portfolio.

Both BTG, BofA and Bradesco BBI, despite slight variations in interpretation, maintain a buy recommendation for the unit shares of Banco Inter, with target prices respectively set at R$ 65 (upside of about 194.1%, taking into account the closing of Thursday), R$ 60 (upside of approximately 171.5%) and R$51 (up potential of 130.7%).

Risks on the radar

There are, however, risks for those who want to invest in stocks. Bradesco BBI, for example, viewed the previews neutrally, stating that the main focus for 2022 should be credit origination, “especially considering a more challenging macro scenario”.

Levante, despite praising the performance, also asks for care in its comment. “The lack of monetization, in turn, made Levante ask for caution in relation to the bank. “We still believe that Inter is far from achieving the profitability that we consider desired for an operation that is financial, and we believe that this is one of the main factors responsible for the downfall of its actions, in addition to the macro scenario”, they say.

Goldman Sachs, which has a sell recommendation and a target price of R$4 for the bank’s preferred share (BIDI4, with a projection of a 47% drop compared to the previous day’s closing), also comments that it remains cautious about the do Inter monetize their customers. Another concern for analysts is Banco Inter’s ability to put its entry into the US market into practice.

What really differs in Goldman Sachs’ view from the others, however, is the bank’s view of the pricing of Inter’s shares. “The stock is trading at a multiple of 84.8x compared to the price for projected earnings for 2022, while our price target implies it should trade at 34x,” they point out.

BTG, in turn, points out that the moment is now negative for growth stories with low profitability, but points out Inter managed to show consistent growth and often overdeliver. “Thus, even with the share correcting more than 70% in relation to its all-time high of R$85, we remain confident in the investment thesis”, assess the analysts.

Born in 1992, Yadunandan approaches the world of video games thanks to two sacred monsters like Diablo and above all Sonic, strictly in the Sega Saturn version. Ranging between consoles and PCs, he is particularly fond of platform titles and RPGs, not disdaining all other genres and moving in the constant search for the perfect balance between narration and interactivity.
Previous Beetles take over an Argentine city amid the heat wave; watch videos – International
Next Tereza Seiblitz says in a letter that André Gonçalves offended his daughter and broke the deal: ‘Manuela wanted to not be in this situation’ 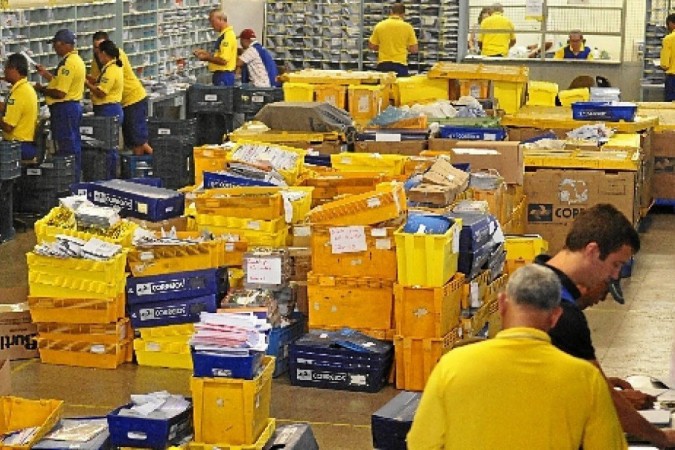